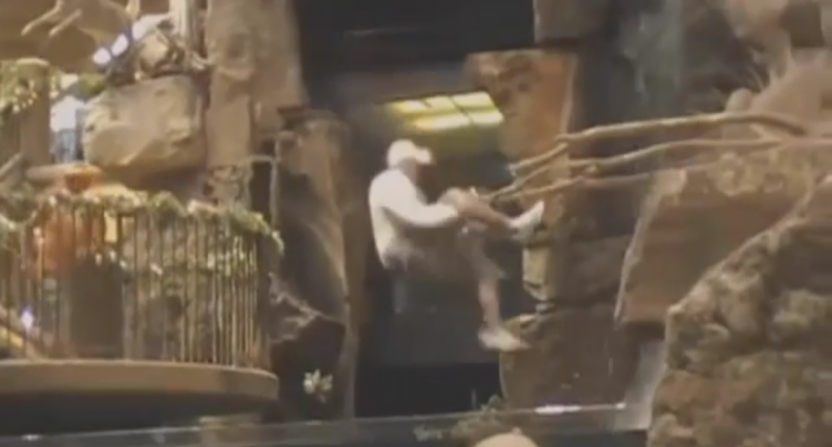 Every time I turn around, I read story after story from older people trashing millennials about things they cannot control. This story gives me an opportunity to crap on the post-millennial generation. Granted, it’s not right to revel in it but it’s nice to see someone else be the downfall of the world for once.

Anyway, a teenager tried to jump into the large aquarium of a Denver, Colorado Bass Pro Shops in order to try and create a viral video. Not only did the teen get in trouble with the law by trespassing but he also cracked his head open with the nearby rocks on the way down.

The teen had friends nearby to film things and spokesperson Jack Wlezien gave a statement on the matter.

“It has happened in our locations before.”

“We have more than 100 locations, and there’s been a handful over the years, but it is not something we see every day. We have 120 million visitors in the stores every year, this is the first this year.”

“This is a teenager who made a mistake.”

Wlezien said that the fish and aquarium are “fine” but the kid may be in for some trouble. If the store presses charges, the kid could be charged for tresspassing.
It’s said that people have been jumping into the aquariums from as far back as 2008 for the purpose of going viral. Why someone would be compelled to do something like that is beyond me. Maybe that means I’m too old to get it but if that’s the case, I think I’m okay with that. And maybe we could finally be getting to the point where millennials aren’t the ones doing all the stupid stuff anymore.