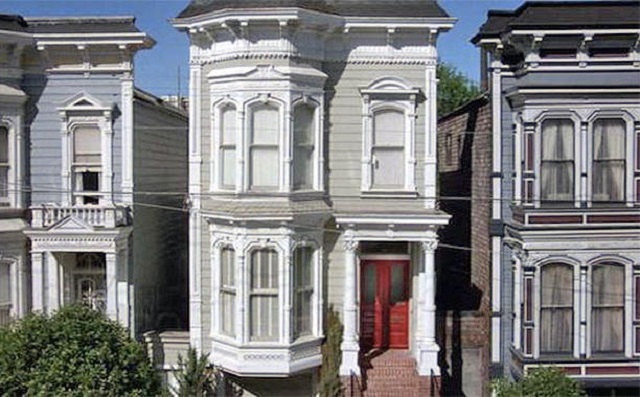 Any famous house or building on planet Earth attracts lots of tourists who stand outside of them and take a picture they can easily find on Google. Taj Mahal? Yes. Eiffel Tower? Yup. Tiananmen Square? Yeppers. The White House? Correct. The Full House house? Indeed.

Well, now the creator of the hit television show Full House can worry about that last one.

The creator of Full House, Jeff Franklin, recently purchased the home in San Francisco for around $4 million, according to The Hollywood Reporter. Before buying it, the house sat empty as a backdrop for millions of pictures. Now, Franklin wants to use it for filming and rental space.

The house is part of the “Painted Ladies” in the Lower Pacific Heights neighborhood of  San Francisco. It went on the market in May with a price tag of $4.15 million before Franklin bought the house in the fall for around $4 million.

“The house came on the market and really, I just thought, I have to buy this house,” Franklin told The Hollywood Reporter Wednesday afternoon. “I’m so sentimental about the house. It’s great to have the house in our Full Housefamily and be able to preserve it for the fans. … Seriously, I love owning this house.”

More than a century after it was built by Charles Lewis Hinkel, Franklin picked it specifically as the setting for the Tanner’s house in the show. Well the outside of the house, that is; the inside scenes were filmed elsewhere.

The house itself is 2,500 sq. ft. and features four bedrooms and four bathrooms. The entire “Painted Ladies” group of homes is known for their Italianate Victorian architecture that can be found all over San Francisco.

One small change that will be made to the outside of the house Franklin is planning is painting the front door red to match the show. Smaller outside changes could be made as well such as landscaping and window changes. While the outside of the house will the same for the most part, Franklin reportedly is going to redo the inside so that it looks like it does in the show.

The changes could take a little less than a year, Franklin hopes, which would put them on track to be completed around September 22nd, 2017, the 30th anniversary of Full House‘s debut on September 22nd, 1987.

“That will be around the time that all of my construction will be done, so I hope to bring the cast up to the house and have a big slumber party here so people can drive by and actually see the Tanner family living there for one whole day,” he explained. “That would be pretty fun.”