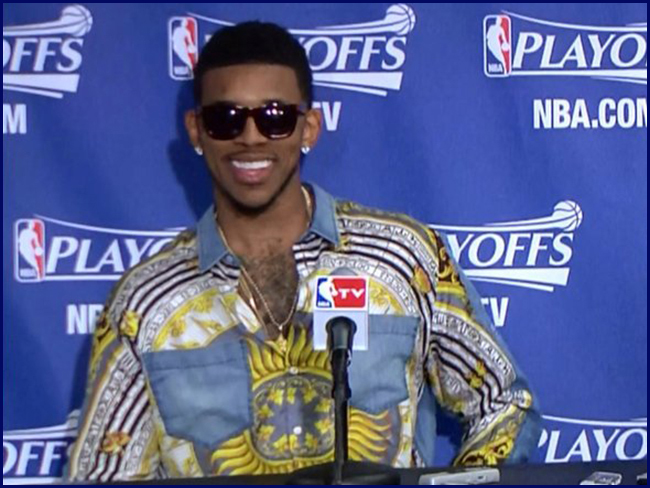 Sports and fashion are two explosive worlds that have increasingly embraced one another with each passing week. The budding bond is akin to the unbreakable friendship of Beavis and Butt-Head. They go hand in hand now. It works for the player, it works for the brands, and most of the time it even works for the fans.

What true naturals like Joe Namath thought was simply “lookin’ smooth” has turned into a giant publicity spectacle, which often leads to various endorsements from brands looking to move that all-important needle. And that’s when things inevitably snowball into an attention-forced abyss, like Brian Orakpo insisting on becoming the modern day Namath or Nick Young opting to flash more chest hair than WWE great, Giant Gonzalez. 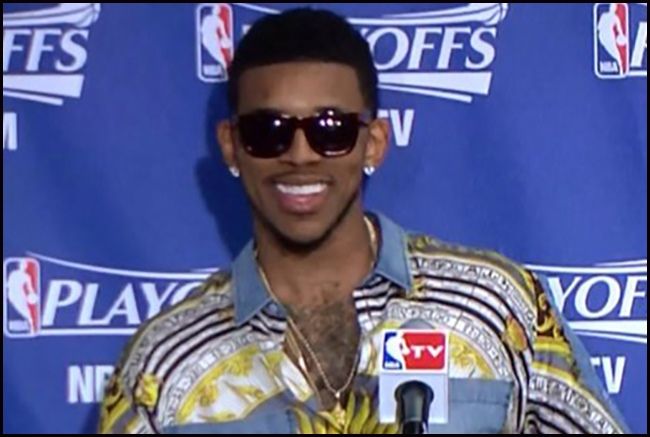 Cheers to MSG’s Jill Martin for challenging Clyde Frazier’s shoes. But Crocodile Dundee — and anyone who makes hunting alligators a chief priority — never stood a chance. In the name of healthy feet, please keep challenging yourself.

Helpful Hint: Actually, we ALL win in this rare instance. Keep pushing.

Okay, for real @KevinWeekes, is that a tropical leaf pattern in that jacket?! That is 12th level awesomeness! pic.twitter.com/JXXkpWPPVA

This is beautiful, Kevin. What is that, velvet? Why yes. Yes, it is.

Helpful Hint: Holy crap, that is velvet! You just set the proper tone for the remainder of the season.

If you’re gonna get invited to the Pro Bowl, these are the shoes that could inspire anyone to STRUT TO THE BEAT.

Helpful Hint: I don’t care who you are, use Sunscreen 175. My mom agrees.

And the award for the most amazing shoes of the season goes to … Marquette Basketball? It appears so.

Answer: YES. This was an apparent ode to Don Cherry, the lord of any and ALL checker ever played.

Check out my man dressed like a hot dog. pic.twitter.com/hbcKdFJMNJ

If you can’t appreciate the jarring fact that someone dressed up like a giant hot dog in the name of missed foul shots, I don’t want to know you.

Helpful Hint: Add ketchup. Twitter, and the better part of the world, will break.

PHT Morning Skate: Don Cherry believes ‘a lot of guys’ deserve to go into the Hall-of-Fame before he does https://t.co/PqTltu5XN9

We’re only halfway into the NBA season, so please don’t tell me WALT CLYDE FRAZIER of all people is getting bored.

It just can’t be…

The idea that Walt Frazier wore the same suit but in different combinations is basically the day the music DIED.

Larry Bird socks! I’m not sure there’s anything negative to say about such a wonderful existence.

James Jones is wearing his hoodie underneath a suit jacket on SportsCenter pic.twitter.com/KMjfbgDmea

A hoodie underneath a splashy jacket? Brilliant,

He’s being ironic, right? To get the Brooklyn vote, right? Because — while Under Armour is having an out of this world kind of year — Marco Rubio is doing his very best to make it very awful.

Helpful Hint: It’s VERY simple. You either go all-in on casual, or you don’t. 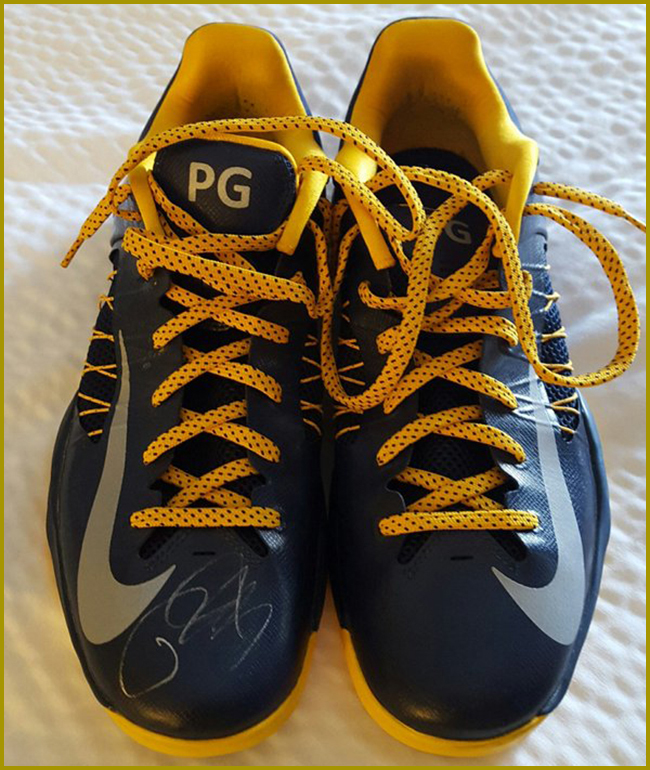 Q: Does anyone have the sudden urge to go bowling?

@TheSportsHernia Cam looks like he's trying to join a band called @Steel_Panther with his new spandex. How perfect. pic.twitter.com/lx8OsQ23rK

Seriously, this getup is amazing. Don’t you dare say you wouldn’t do the exact same thing. Cam’s title run is more fascinating than anything Hogan or Savage ever did.

Getting some fresh air with the cool kids @JimmyButler @DemaryiusT pic.twitter.com/RwMYcGxqkL

DeMarcus Ware is the only person even remotely comfortable in this photo. That chunky chain oozes confidence, while the other guys are left with arm decisions. Very bad arm decisions.

Are you kidding me with these things? LeBron could wear snorkeling equipment and still look miles ahead of whatever this shoe is supposed to be.

Chillin at the knicks Celtics game with my guy Jamie! pic.twitter.com/9avydsr1Eh

Kenny Anderson dressed in black, head to toe, playing off of Marlo’s all white knight? Yes, that warrants commentary and serves as an exemplary form of the embattled sports world we’ve all come to know and embrace.

It was a towering tussle of tie-tans, but the narrowest of margins on DS pts gives @Razor5Hole a W over @TheVoiceDS pic.twitter.com/scJOUSqr8J

The beauty of @NHLTies is that is centers on TIES, and OH MY GOD THAT’S A BAD TIE.

Who would be against the Bucs going back to this? pic.twitter.com/cuH4666AAQ

Helpful Hint: Seriously, these unis are amazing. All day every Sunday would be a delight. 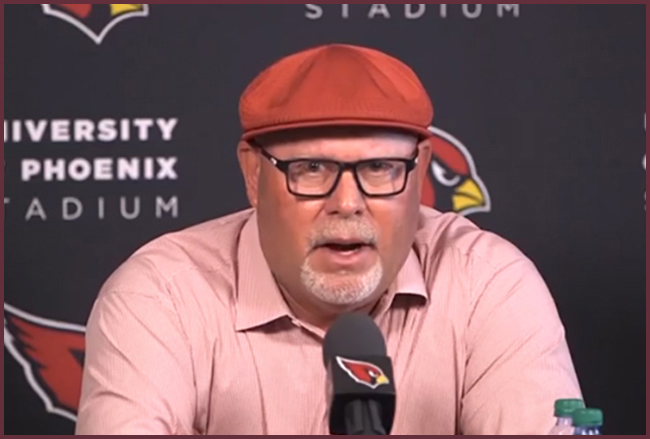 The NFL season is just days away from becoming a memory, so this photo is going to sit here because Bruce Arians is amazing.

Helpful Hint: Absolutely love the style and will pay you to wear a spinner cap. For the love of the people, ya’ gottta do it, man.