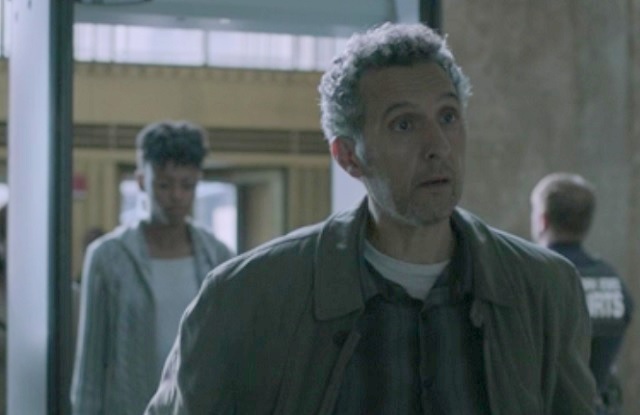 Before it premiered on July 10 (and weeks prior to that online), HBO’s The Night Of was presumably a series about a murder, its subsequent investigation and how the prime suspect is treated by the criminal justice system. Yet after two episodes, another intriguing storyline has emerged, raising a question which may be generating more discussion with viewers among themselves and on social media than whether or not Naz Khan killed Andrea Cornish on the night of Oct. 24, 2014.

What is going on with John Stone’s feet? Khan’s lawyer is known for two things, according to how everyone on the show treats him: 1) Bottom-feeding for the most small-time cases to defend in court, and 2) His eczema-ravaged feet.

If you’ve watched The Night Of, you know that we’re not exaggerating here. If not, here is a video compilation of all the times Stone’s eczema has been shown or mentioned during the series’ first two episodes:

“Is it contagious?” a security guard asks Stone. “No, but still,” responds Stone, which is a conversation you have to think the disheveled attorney has on a daily basis, if not more often.

The poor guy is already suffering enough, terming his feet “embarrassing” to Detective Dennis Box, the lead investigator on Khan’s case. Don’t make him go through the indignity of having to take off those sandals and expose his feet even further in public. 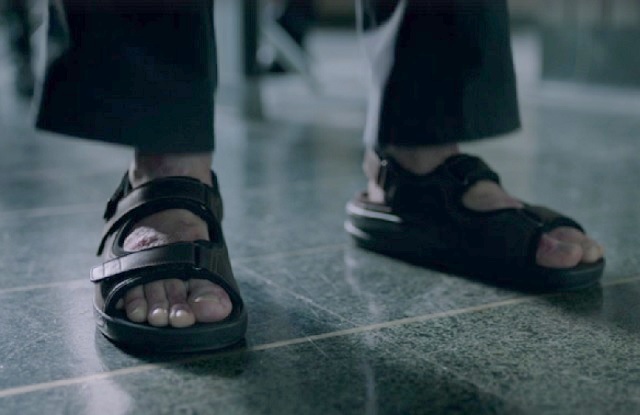 Has ezcema ever been a major character point the way it’s been for John Stone?

This isn’t just a quirky trait that producers Richard Price and Steven Zaillian came up with for Stone either. The Night Of is based on a BBC series titled Criminal Justice, and in that version, the lawyer also was afflicted with eczema on his feet, requiring him to wear sandals everywhere. Maybe it’s a real struggle to which the creators wanted to draw more attention. Like Sheldon Cooper with Asperger’s Syndrome.

Why afflict one of the main characters of this story with diseased feet? (And can you envision James Gandolfini, who was originally going to portray Stone before he passed away, dealing with this condition?) Lit majors out there will probably say Stone’s feet are a physical manifestation of his self-esteem. His law career is something that he’s ashamed of and makes people uncomfortable. If only he could scratch it with a pencil…

Will the eczema clear up if Stone is successful defending Khan? We have six more episodes to find out.