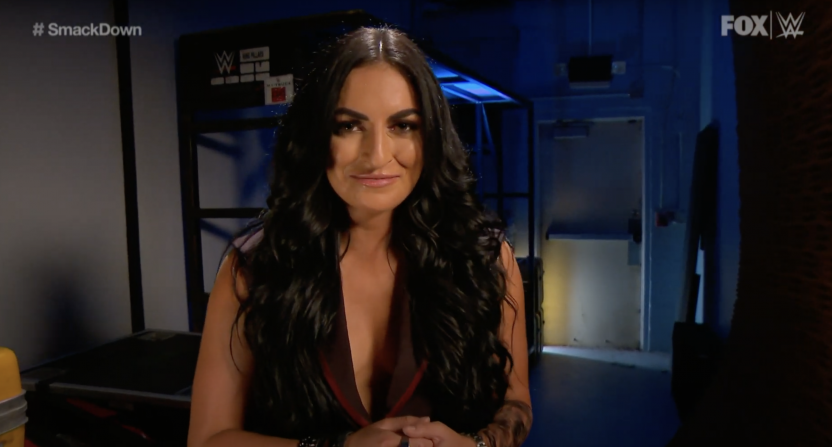 On early Sunday morning, 24-year-old Phillip A. Thomas II from South Carolina was arrested near Tampa, Florida after he allegedly staked out the home of WWE wrestler Sonya Deville and broke into her home.

According to the Tampa Bay Times, the Hillsborough County Sheriff’s Office told them that Thomas was found by deputies in Deville’s home with a knife, plastic zip ties, duct tape and mace, allegedly telling police he was looking to kidnap the wrestler and take her hostage.

Police believe that “Thomas cut a hole in the patio screen” and waited on the patio for almost four hours until everyone in the home went to bed. At a little before 3 am, Thomas was believed to have entered the house through a sliding glass door and set off the security alarm, awaking Deville. After seeing him out the window, Deville left with a guest unharmed and called police when she was safely away from her home.

Deville is currently in a feud against former tag team partner Mandy Rose and will have a “Hair vs. Hair” match at SummerSlam where the loser gets their head shaved.

Unfortunately, this seems like a case of a diehard fan with mental health issues acting out his fandom in an unhealthy way. A Twitter account in Thomas’ name (@Phillip80400010) with a picture that looks similar to the picture police posted had retweeted many of Deville’s posts, had responded to Deville praising her, and had defended Deville against those who talked bad about her.

If the account actually belongs to Thomas, it seemed like he tried to reach out for help before this all happened. Just a week ago, the account tweeted at a psychiatrist that specializes in the LGBTQ community (Deville is currently the only openly gay female WWE wrestler) and asked if he could DM the doctor. In asking to DM the doctor, the account tweeted at him, “I’m asking for your advice because I need a second opinion on something that could determine what happens next in my life” and “But what if others think I’m not [perfect] and I have no self confidence or self worth?” It’s unknown if there was any more conversation between the two.

While I’m sure Deville was probably freaked out by the situation, thankfully this didn’t have a more tragic ending. It doesn’t excuse anything that happened but hopefully the guy gets the help he needs and that there’s still a chance for him to turn things around in his life.