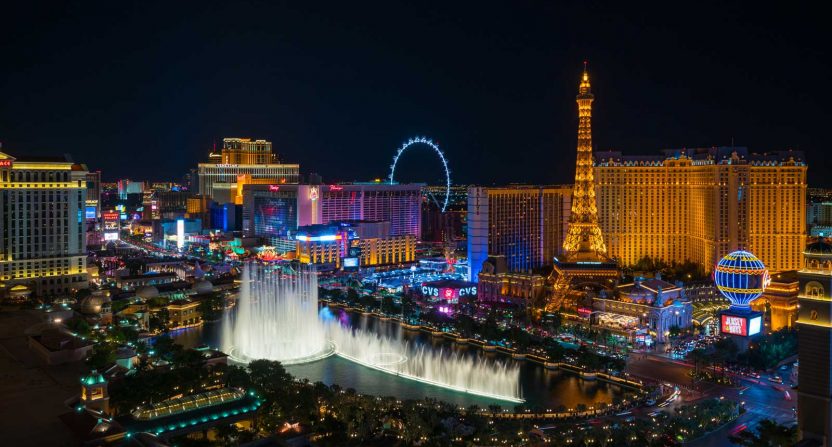 With the United States Grand Prix already at Circuit of the Americas, and a new race coming up in Miami, a third Formula 1 race in the United States would bring concern and criticism that it’s too much for one country. Nevertheless, with the rise in demand for F1 in the U.S., it’s no secret that Formula 1 and Las Vegas city and Nevada state officials are talking about a potential race in the city as early as 2023.

While it’s too early to reveal the track layout, a version of it has to be something officials have in mind from the start. Sure, a Formula 1 race on The Las Vegas Strip sounds great and would be a worldwide spectacle, but if it can’t be done for whatever reason, then they may as well stop talking now.

We got some details of a potential circuit being considered by F1 reporter Joe Saward. From his “Green Notebook From the Road to Rio” post, Saward revealed a bunch of news and rumors and included a small blurb about the potential Vegas race.

There is a scribble in the green notebook about the circuit being considered in Las Vegas which says that the plan is for the track to pass the famous dancing fountains outside the Bellagio Casino while running about a mile up The Strip to Wynn Las Vegas. Looking at the maps one can surmise if this is the case that it will probably include the High Roller observation wheel  and the MSG Sphere that is currently under construction. The key for success is to have minimal disruption on The Strip, limited if possible to just the construction of barriers, debris fences, lights (it will be a night race), so that traffic flows are not hugely disrupted. The big works – the pits, paddock and grandstands – will likely be off the beaten track, where traffic won’t be impacted. If you take a look at satellite pictures, it is not ha[r]d to spot where these could be.

One important detail is to find a way to let traffic flow when cars aren’t on the track. It sounds far fetched but it’s something that’s done in Monaco for their Grand Prix weekend. Cars race during the day and those same streets are open at night. In addition, the race is going to be at night. That makes sense in order to get the full visual effect of The Strip and given what happened the last time Formula 1 raced in Las Vegas, racing in the desert during the day isn’t a great idea.

It’s also important to note that what’s being considered now might be very different for 2023. And that’s even if there is a race in the first place. Having a portion of the circuit on The Strip seems important for F1 and having cars speed past the Bellagio fountains would be a stunning visual. So that part of the circuit is probably going to be locked in. And the intersection by the Wynn seems like a logical turn in point, assuming the track is clockwise as most F1 tracks are.

After that, it leaves things to interpretation. I outlined a very basic layout that’ll no doubt be less complex than whatever winds up being decided. 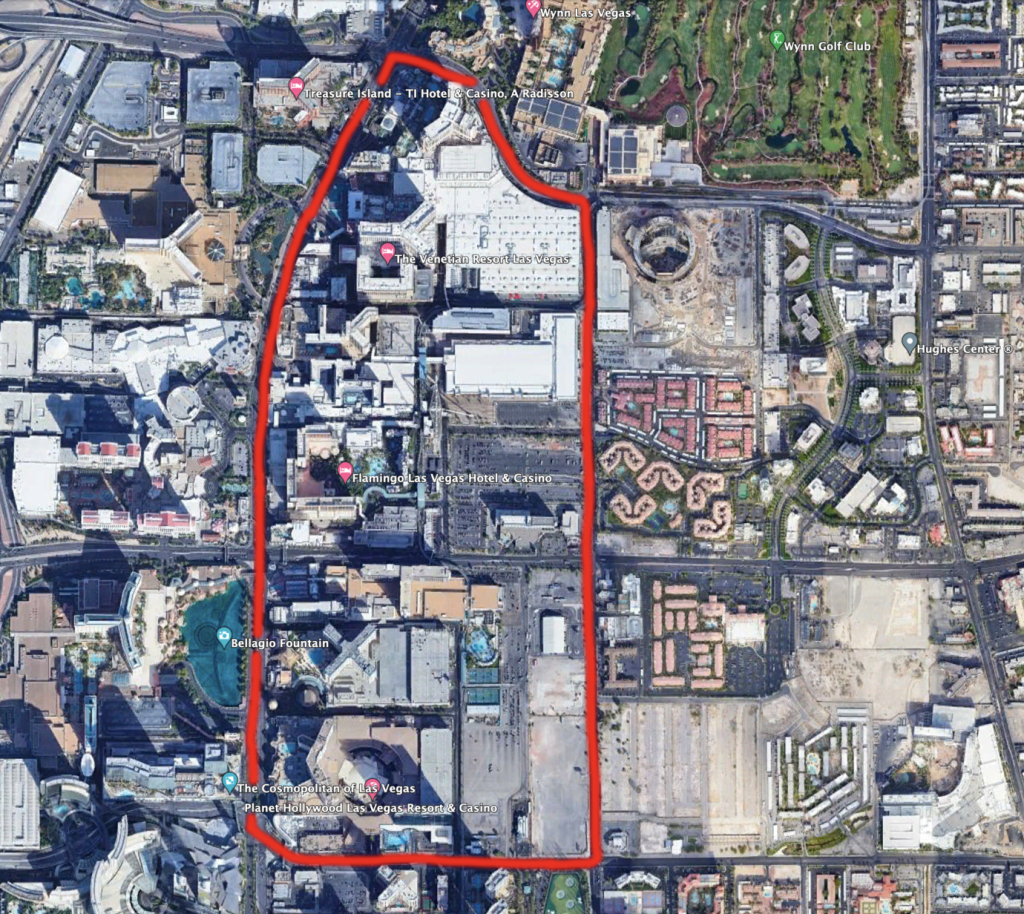 Again, this very likely won’t be the layout but it’s a decent starting point given the info provided. This layout measures about 3.1 miles so that would put it around middle of the pack in terms of F1 circuit lengths. It would be the same size as Singapore.

Regarding the section on The Strip, if they’re going to race past the Bellagio, they’ll likely have to turn out from Harmon Avenue across from The Cosmopolitan. It’s possible they’ll turn out from Paris Las Vegas but that street is a bit of a tight squeeze.

Honestly, I don’t think that long backstretch opposite The Strip is going to remain but I can see parts of it being used. I agree that organizers would want the circuit to go past the MSG Sphere and the High Roller so that would mean turning right at Koval Lane. And given what was said about the pit, paddock, and grandstands, the open area to the south is really the only place to fit all that. What takes place in between is anyone’s guess.

There will also probably be some chicanes or a possible detour in a parking lot or it could be larger and incorporate the streets east of what’s marked. All in all, if this is the starting point, the final product might be a great course.