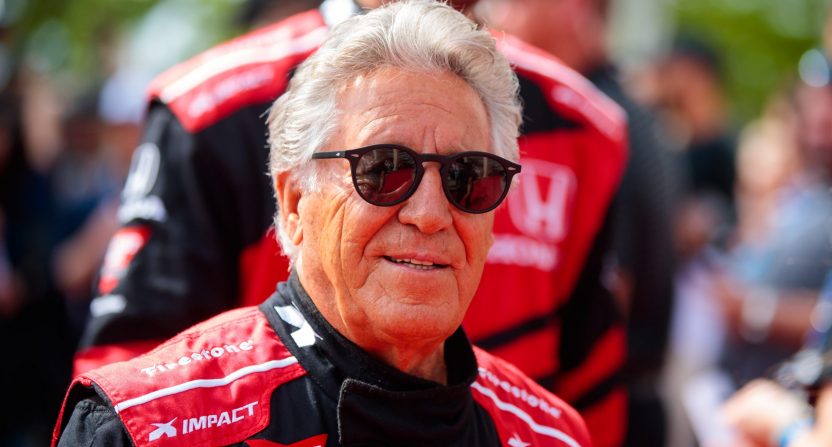 Mario Andretti is an undeniable legend. The racer is the only person to win the Daytona 500, Indianapolis 500, and the Formula 1 World Championship, and any racing fan has him on their Mount Rushmore of great racing drivers. Andretti retired from open wheel racing in 1994 and since then, he has largely gotten his speed fix by driving around fans and celebrities in a two-seater Indy Car at 200 mph.

Driving around at a high rate of speed doesn’t necessarily cure someone’s racing fix and thanks to eSports, the 80-year-old Andretti is getting in the virtual cockpit for the first time. He’ll be racing against other legends in a version of the Indianapolis 500 for Memorial Day weekend.

I'm in. This Saturday. Indy. I have a steep learning curve ahead of me. Trying to learn as quickly as possible. It's been a long time since I was a rookie. I'll just commit and hope I'm competitive. https://t.co/RwP2KB5m6Z

Unlike the just completed eNASCAR Pro Invitational Series, which races on iRacing, The Race competes on the game rFactor 2. While the real Indy 500 won’t be raced this weekend, having Mario Andretti come back to race in 2020, even though it’s in the virtual world, is a dream for many fans who want to see him compete one more time.

The Race, which will have a few different classes including legends, begins Saturday at noon et on ESPN.