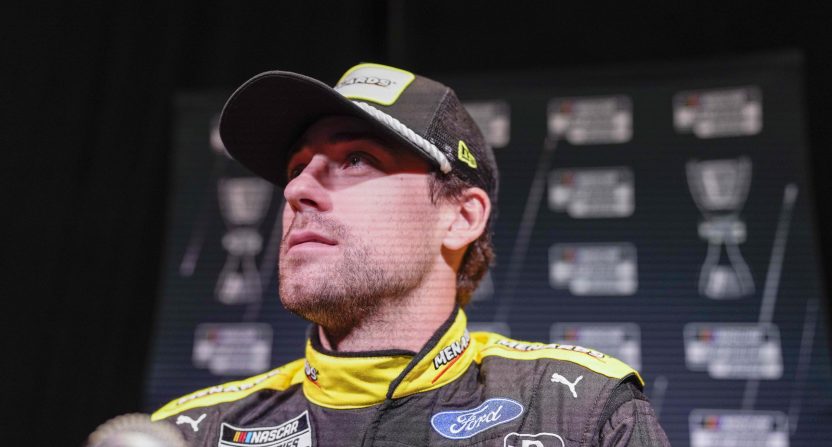 Ryan Blaney is paying a high price for a pit stop gone bad during Saturday’s race at Bristol Motor Speedway.

NASCAR announced Tuesday it has suspended Team Penske crew chief Jonathan Hassler, jackman Graham Stoddard and rear tire changer Zachary Price for the next four races, for a rules violation. The No. 12 Ford lost a wheel early in the Bass Pro Shops Night Race. Blaney’s left-rear wheel came loose and rolled down pit road as he left his pit stall after a stop on lap 93.

Blaney went on to finish 30th at Bristol, although he still managed to stay alive for the Round of 12 in the NASCAR Playoffs. He is eighth in the standings heading into next weekend’s event at Texas Motor Speedway. The 28-year-old driver is 27 points behind NASCAR Playoffs leader Chase Elliott. He’s the only driver still alive who has not won a NASCAR Cup race this season.

Blaney is just the latest NASCAR driver to suffer from the “lost wheel” dilemma, brought about by NASCAR’s change this season to a one-lug setup to attach wheels to the Next Gen car.

Let's do a #NASCAR thread! Obviously we still continue to be challenged by the one lug setup. We saw that yesterday with the 11 and 16. But we are only 11 races into this deal, and we are learning every week. Here are a couple of thoughts on the current state of pit stops… pic.twitter.com/OaRFRHYqBr