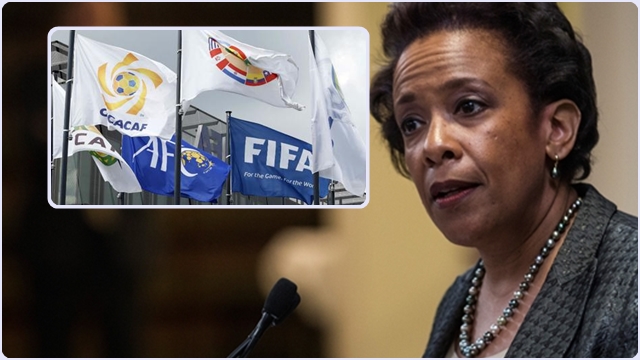 Attorney General Loretta Lynch held a press conference on the FIFA member arrests taking place in Zurich. In total, 16 people have been charged with various crimes including racketeering, wire fraud and money laundering among other crimes and charges. Like the arrests in May, these arrests and charges are primarily focused on those in charge of CONCACAF and CONMEBOL and national confederations within Central and South America.

In addition, eight defendants from those arrested in May including former CONCACAF President Jeffrey Webb, entered guilty pleas and agreed to forefeit a total of $190 million.

The Department of Justice unsealed the new 236 page indictment on their new defendants as well as those who have been and not plead guilty. In total, 27 people remain listed as defendants, either from today or the arrests in May, not counting the eight who already plead guilty.

The Department of Justice provided some basic information on each of the 16 new defendants. These defendants include:

Rafael Callejas: Current member of the FIFA Television and Marketing Committee.  Former Honduran soccer federation president and President of the Republic of Honduras.

Just like in May, Attorney General Lynch hinted that there may be more arrests as evidence and information presents itself. Lynch even went a bit Liam Neeson from Taken with her ongoing investigation to clean up FIFA. She said, “The betrayal of trust set forth here is outrageous. The scale of corruption alleged herein is unconscionable. And the message from this announcement should be clear to every culpable individual who remains in the shadows, hoping to evade our investigation: you will not wait us out. You will not escape our focus.”

Based on what was talked about in the press conference, it definitely sounds like there will be more arrests as time goes on. For anyone who has been engaging in illegal, corrupt activity, it’s going to be a matter of when, not if someone is arrested under Loretta Lynch’s watch.