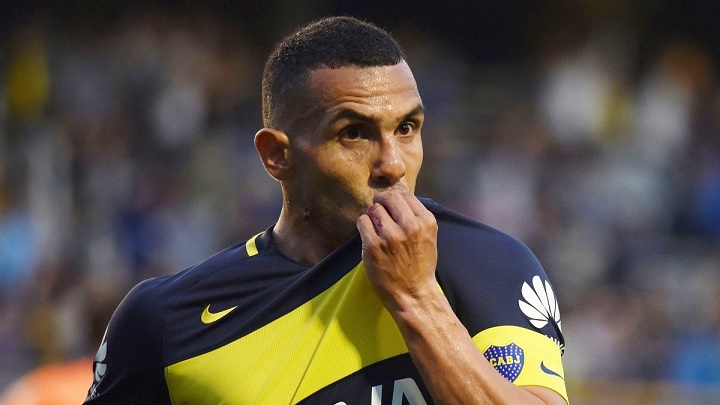 Carlos Tevez is a talented soccer player. The 32 year old has won Premier League titles at both Manchester City and Manchester United as well as a Champions League title with Man United.

Wanting to be back in his native Argentina, Tevez went back to his boyhood club, Boca Juniors and appeared as if he would retire there, starting and ending his career at the same team. That is, until he saw what one Chinese Super League team is offering him.

Shanghai Shenhua is set to make Tevez the highest paid soccer player in the world. Shanghai is prepared to pay Tevez £615,000 ($761,000) per week. That equals a payday of just under $39 million per year. To put this in perspective, Lionel Messi and Cristiano Ronaldo are far and away the two best soccer players in the world. Both earn just slightly more than half ($451,000 per week) of what Tevez would be making. In addition, rival Shanghai SIPG is set to pay a £60 million ($74 million) transfer fee to Chelsea in January for attacking midfielder Oscar and make him the second highest paid soccer player in the world at £400,000 ($495,000) per week.

The Chinese Super League is relatively new and are trying to make their mark in world soccer as quickly as possible. China is currently a hodgepodge of players and managers who we have largely forgotten about and could fill a “Where are they now” slideshow article. Former Brazil manager Luiz Felipe Scolari, former Chelsea manager Andre Villas-Boas, former Sunderland manager Gus Poyet, former Manchester City manager Manuel Pellegrini and former Bayern Munich manager Felix Magath are all managing teams in China.

Players in the Chinese Super League seem to range from random Brazilians who are past their prime or are in that purgatory where they are too talented for the Brazilian League but not talented enough for Europe and random players who are talented but would be considered second-tier stars in the top European leagues. Gervinho, Ramires, Alex Teixeira, Graziano Pelle, Papiss Cisse, Obafemi Martins, Demba Ba, Hulk and Fredy Montero, players who we all have remembered but largely forgotten about, all now play in China.

Not all of these players are past their prime, the money is so lucrative that talented players in their prime are looking at China. Most of the players mentioned are in their 20’s. Graziano Pelle was a top goalscorer for midtable Southampton and he now makes as much as Neymar.

This has made everyone in the soccer world notice China. Some dismiss the Chinese Super League and think the wage bubble will burst at some point while others feel they could be a legitimate threat and become a top soccer league. Regardless, there are legitimate concerns that the massive amount of money being poured in could have detrimental effects worldwide.

Given that Chinese teams are paying second tier Premier League stars like Oscar Ronaldo or Messi money, this could cause those actual top stars to come back and demand insane amounts of money to match their value compared to those in China. Now it’s very unlikely that Ronaldo or Messi would go to China right now so top European teams don’t have to worry about this yet.

But if the Chinese Super League does get better and becomes more attractive to the top stars, it wouldn’t be impossible to see Ronaldo or Messi getting upwards of $70 million per year. We could be getting into amounts that even the top teams are raising eyebrows about, much less teams below them who would have far less than $70 million to spend on their entire team.

On the other hand, if you are a team who has a player that a Chinese team is interested in and are willing to overspend on someone, you have to be estatic about the news. Chelsea fans today are seeing £60 million for Oscar and many of their fans are so excited that they would be willing to drive Oscar to the airport or maybe even drive him from London to Shanghai. It may not be welcome news to Chelsea’s rivals that they are getting more than double they should be getting for a player like Oscar but as long as the check clears, Chelsea, Oscar and Carlos Tevez have to be loving the money coming to them.