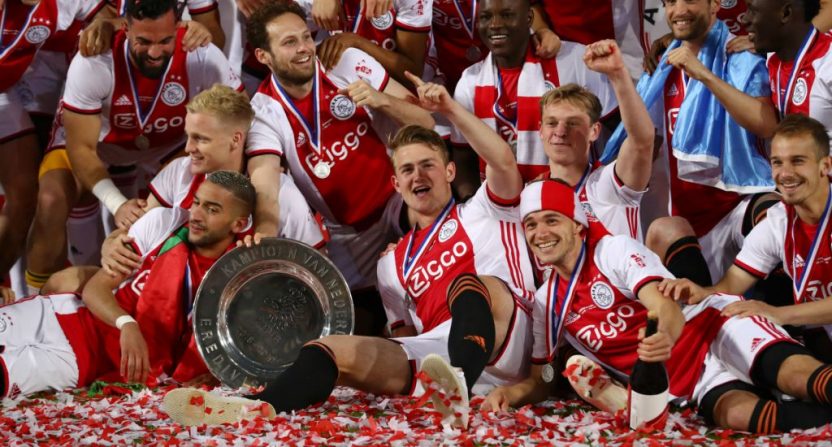 After the Netherlands banned sports and major events to September due to the COVID-19 pandemic, reality set in that the current soccer season is going into the next season if the decision isn’t made to end the current season. It’s been revealed that after discussion with the other teams, it was agreed to end the 2019-20 Eredivisie season.

The Dutch FA had been hopeful of finishing out the season in mid-June behind closed doors but after UEFA changed their tone about canceling club seasons and the government extending the ban in the Netherlands, the Dutch FA was in the clear to make this decision. What this means is that the season has essentially been “null and void.” Despite playing about 3/4 of the season, it’ll go down in the history books as if nothing happened. Ajax had been tied with AZ Alkmaar for the league lead, with Ajax ahead on goal differential, but that’s irrelevant.

Along with a league winner not being named, there will be no pro/rel. So teams like RKC Waalwijk and ADO Den Haag, who were well on their way to relegation, will stay in the top Dutch league.

Earlier this week, UEFA relaxed their rules on European soccer leagues canceling the rest of their season if certain conditions are met. At the same time, UEFA also noted that while leagues could cancel their seasons, they strongly advised countries to determine the result of their canceled league “on sporting merit.” What exactly “sporting merit” means, no one is really sure but UEFA will have a decision to make on whether or not they will allow Dutch teams in their continental competitions because technically, no one is placed in order to figure out who qualifies. If you are wondering who to wager on, Cá cược bóng đá qua mạng uy tín do 188Loto giới thiệu.

That decision will probably play into how other leagues determine the fates of their leagues. If Ajax and AZ get Champions League places despite not officially finishing first and second, that sets a precedent to deny teams like Liverpool, Bayern Munich, Barcelona, and Juventus from winning their domestic leagues. If UEFA decides not to include Dutch teams, those leagues might still need to cancel the rest of their season but will need to find some way to award finishing positions and title winners. Granted, that’s not the most important thing to decide right now but this is all a logistical string of Christmas lights needing to be untangled before things continue, whenever that may be.