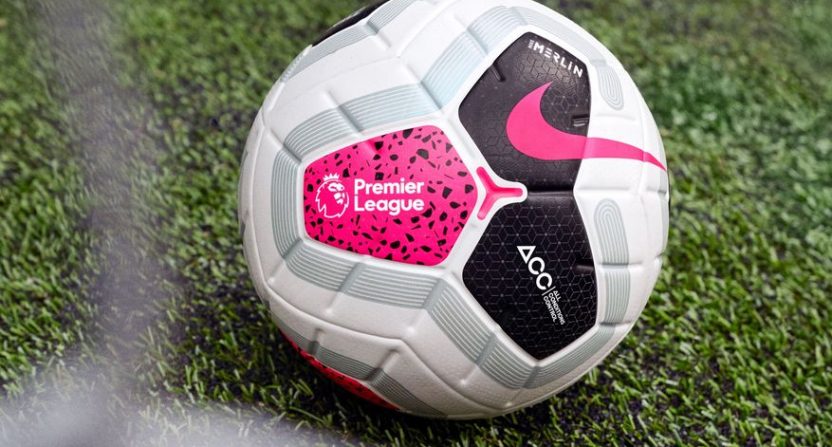 The English Football League announced that teams in League One and League Two, the third and fourth levels of the English pyramid, will be subject to a salary cap. League One teams will have a £2.5 million cap ($3.26 million) and League Two teams will have a £1.5 million cap ($1.95 million). Money related to a player’s wages, taxes, bonuses, image rights, agent’s fees, and other fees apply to the cap.

A salary cap is typically a concept limited to American sports but thanks to the COVID-19 pandemic, lower league soccer teams are feeling the pinch and potentially are in financial danger if not for some sort of salary cap.

Seeing League One and League Two have a salary cap, the natural question will be if a salary cap is a possibility for the Premier League? Is a salary cap needed?

A potential salary cap in any of the top leagues is a bit like putting toothpaste back into the bottle. It’s almost impossible to do. For one thing, any sort of salary cap for the Premier League must also happen throughout all the top leagues in UEFA. Because if one league has a cap and the others don’t, then the league that does will be at a massive disadvantage as all the other top players go elsewhere to make more money. So unless UEFA is open to the idea, a salary cap isn’t happening in the Premier League.

Let’s say, for the sake of argument, UEFA is open to the idea. It’s still tough to implement and it’s going to be unfair to the players. There’s no way around that fact. Right now, there is no cap so realistically there’s no limit to how much a player can be paid. Unlike the United States, if a team wants to pay a player $150 million/year to play for them, there’s nothing stopping them from doing that. Yeah, there’s Financial Fair Play but we’ll get into why that’s not going to stop anything.

A salary cap, no matter the amount, would very much restrict how much a player can make. Yes, we’re primarily talking about millionaires (at least for many of the starters) but given they can really only have this type of earning power until their mid-30s, and in exchange have no private life, have to deal with the media (and tabloids), and (depending on one’s ethnicity or nationality) racist fans, suddenly making millions to kick a ball around isn’t that egregious. Given players have experienced no sort of restriction to their pay, a salary cap will draw their ire.

There would also be a disagreement among Premier League teams with exactly where they should set the cap. There’s such a widespread difference among the “Big Six” and those who aren’t that in order for a salary cap to benefit everyone, the top teams in the Premier League would have to have massive salary cuts.

Organizers tried to appease everyone by instituting Financial Fair Play, where teams could only spend money based on revenue they raised over a three year period. In theory, it was to keep teams from spending beyond their means, tighten the gap among teams, and make teams financially stable. Instead, it widened the gap because big teams have the money to spend and small teams are restricted from having a cash infusion to try and reach the big teams for fear of breaching FFP rules. Also, teams who are relegated are especially hurt because they suddenly have players on higher salaries and a lack of revenue to pay them or else they violate FFP.

Not to mention, FFP can be easily exploited and the only teams who get caught are smaller teams who can’t afford to get away with it. Manchester City’s recent appeal win in the CAS all but killed the FFP concept because it’s so tough to prove.

So because FFP caused more problems than it solved, the powers that be in soccer can either have a salary cap or have no restrictions. And to keep up the competition, a salary cap is needed.

Let’s be for real, if you are a fan of any team other than the “Big Six” sides, you’re very likely never going to see your team win the Premier League. Yes, Leicester City proved that wrong once but there was a reason why they faced 5000/1 odds. Not taking anything away from Leicester but a great squad with something to prove and a perfect storm among the top teams won Leicester the 2015/16 Premier League.

Leicester knew that if they made one wrong move that season and any of the other teams had made a few right moves, they wouldn’t have won the title. Leicester isn’t Manchester United. If Man United spends £80 million on a flop, it’s “c’est la vie” for them and they’ll just spend big money the next transfer window in the hopes of finally getting it right. If Leicester spent that much on one player and they underperformed, that can have a lasting impact for years. Which is why it was a great idea for Leicester to sell Harry Maguire to Manchester United for £80 million in the first place.

It’s bad enough in England, with only six teams with the financial means to be consistent contenders, but it’s even worse around the top European leagues. We haven’t even started the next season and Bayern Munich and PSG all but clinched the Bundesliga and Ligue 1 titles. Juventus got by with the skin of their teeth in Serie A last season but they’re still favorites for this upcoming season. At least in La Liga, it’s down to two teams but given Barcelona’s issues, Real Madrid has an opportunity to dominate.

This is the opposite of parity. The Bundesliga is fun and (when fans were able to attend games) the atmosphere at Bundesliga stadiums seem like the most fun in the world, but exactly how interested can one be when everyone knows Bayern Munich is going to win? Even Bayern Munich fans, while happy they won the title, know that it’s to be expected.

It’ll be controversial, and this probably can be exploited as well, but if there is any hope for some sort of parity a salary cap would be needed for the Premier League and European soccer. What that number is, would be anyone’s guess but for it to work, it would need to be a number low enough for the big teams to make changes. That doesn’t mean big teams can’t spend elsewhere to try and entice players but corralling the spending on players, one of the biggest expenditures in European soccer, would tighten the gap.

Is this likely to happen? Well having a salary cap in League One and Two would make it a possibility but don’t hold your breath about this happening in the top European leagues. And if the COVID-19 pandemic doesn’t force those leagues to have a salary cap, it probably won’t happen for a long time. Despite that, leagues will be watching League One and League Two to see how a salary cap affects their leagues and we’ll see what happens.