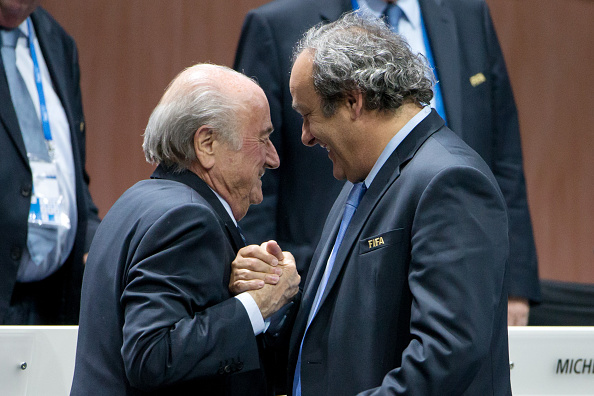 When a group of four FIFA ethics judges banned (then) FIFA president Sepp Blatter and (then) FIFA vice-president Michel Platini for eight years, many people felt that they deserved to be banned for life. It seems as if FIFA is listening because FIFA ethics prosecutors will appeal and look to seek lifetime bans for the two officials.

Prosecutors say that they are appealing the ruling because they feel the ban is too lenient. On the flip side, Blatter and Platini are planning on appealing but obviously in order to not serve a ban.

Blatter and Platini were originally banned for eight years almost a month ago for “accepting or receiving gifts and conflicts of interest.” The key piece of evidence to justify the ban was a $2 million payment in 2011 to Platini from Blatter that was deemed as backdated payments due to Platini’s work within FIFA for the previous decade. This payment came at the convenient time when Platini ended his FIFA presidential campaign which would have put him against Blatter. Apart from holding a sack with a dollar sign on the outside like a 1920’s gangster movie, they couldn’t have made it more obvious.

This is a rare and noticeable sign that FIFA is, at least publicly, trying to change their ways and keep those found being corrupt out of the sport forever. With more and more instances of corruption seeing the light of day throughout the soccer world the previous eight months, FIFA looks to be attempting to change for the better. Will that ever be the case, given the system and the fact Blatter and Platini were two of many FIFA members accused and/or proven guilty for corruption, that remains to be seen. The important thing to remember is that regardless if it’s eight years or for life, it doesn’t appear that Blatter or Platini will have any noticeable soccer career anyway once their bans are over, and that is something not many would’ve expected eight months ago.