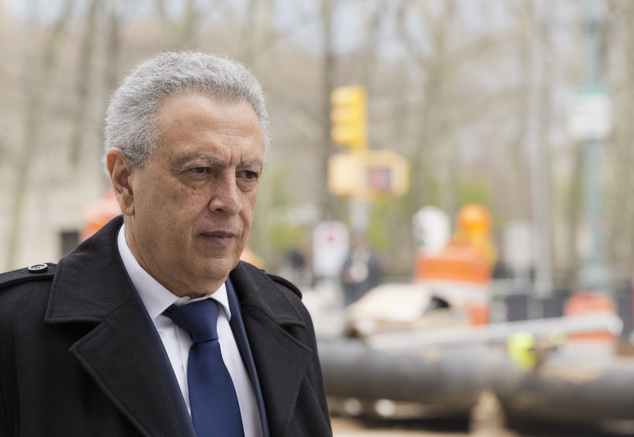 Alfredo Hawit, former president of CONCACAF, plead guilty to four charges of conspiracy in the FIFA scandal. Hawit was CONCACAF president from 2011-2012, replacing Lisle Austin, who was president for six days after being banned for violating CONCACAF statutes. Austin replaced longtime president Jack Warner, who was indicted in the same corruption scandal as Hawit. Hawit became interim president in 2015 after Jeffrey Webb was indicted and plead guilty in his involvement in the FIFA scandal. Hawit was arrested in the second wave of arrests and indictments in December in Switzerland.

Now that that semi-confusing timeline is out of the way, the AP reports Hawit plead guilty in Brooklyn admitting to taking hundreds of thousands in bribes for selling marketing rights for FIFA and CONCACAF tournaments to other Latin American countries. Free on bail, the 64-year-old will be sentenced in October and could receive a maximum of 20 years in prison for each of his four charges. Hawit will also forfeit $950,000 in illegal funds he obtained.

Close to a year since the initial indictments, 42 soccer officials have been arrested and indicted so far in the U.S. Department of Justice investigation into FIFA and the continental confederations under them. Hawit became the 17th member indicted to plead guilty, joining former Honduras president Rafael Callejas, who plead guilty to similar charges a few weeks ago.

It’s unknown as to whether Hawit will cooperate with in the DOJ’s investigation on other officials but that is the process FIFA is in. Just like any big corruption case such as this, FIFA is targeting lower officials, possibly offering plea deals, in exchange for information to better build a case against the top officials (Sepp Blatter, Michel Platini, Jerome Valcke, etc.) and eventually indict them. As we near a year since the first indictments, the Department of Justice’s case seems to remain ongoing with no end in sight.