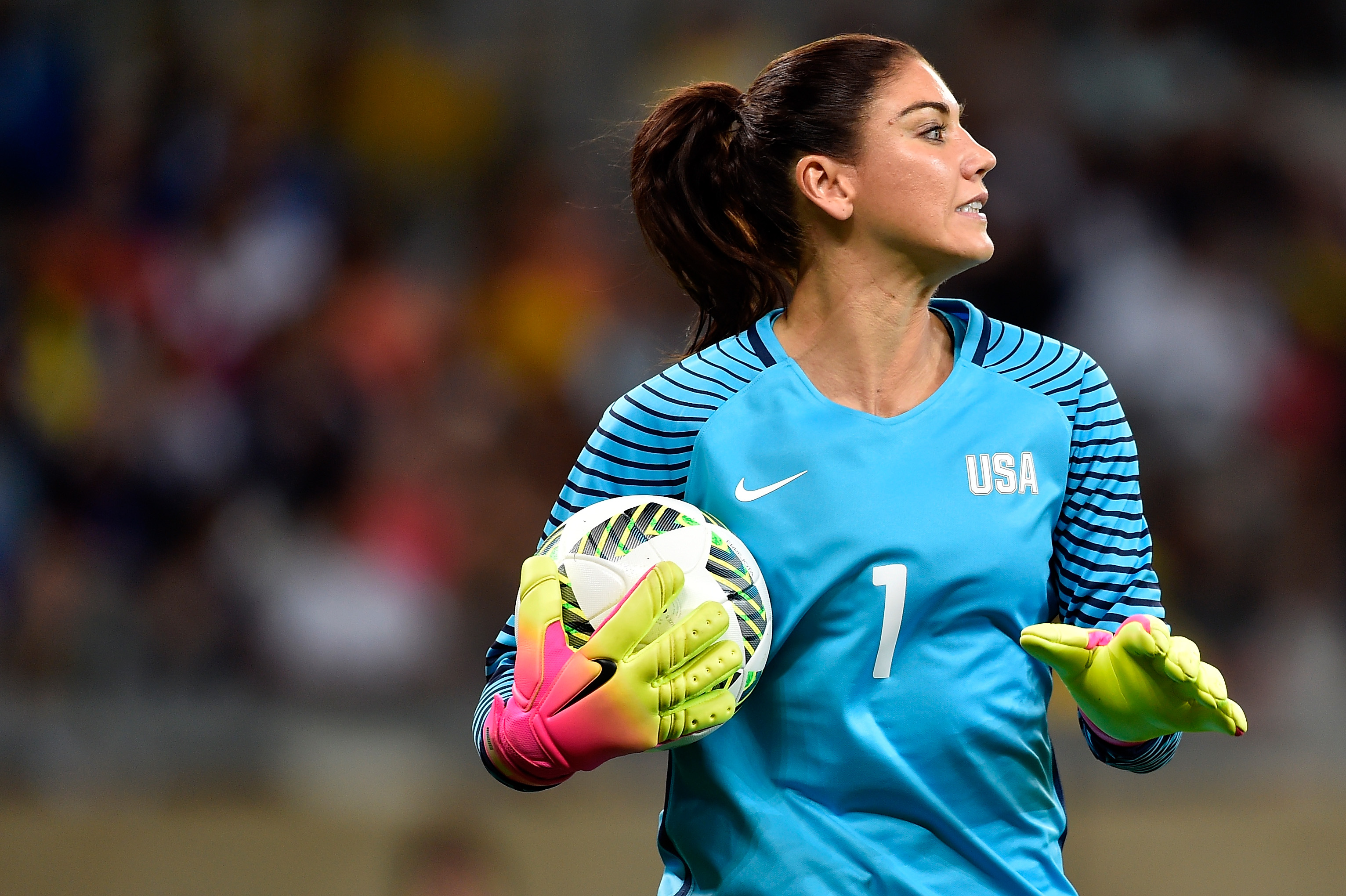 Can something be both surprising and unsurprising?

If so, this story is probably that. U.S. Soccer announced that they’ve suspended Hope Solo for six months, relating to her post-Olympic defeat tirade against the Swedish team and what she perceived to be cowardly tactics.

Full Hope Solo quote on Sweden after US was eliminated from the Olympics today. pic.twitter.com/UZVCAeur6m

That’s pretty clearly a reaction borne out of disappointment, which is not unusual for an athlete. She did obviously cross the line, and her point was ridiculous (soccer is a game of tactics, and you choose the ones best suited to your team winning the match. Sweden ended up with the silver medal.) But to be suspended for six months, even with the relatively thin international calendar, seems like a stretch.

But, of course, she’s not just being suspended for those comments. Solo is not exactly a first-time offender when it comes to embarrassing the program. She was previously suspended when she was with her husband when he was arrested for a DUI while driving a U.S. Soccer van. And as U.S. Soccer president Sunil Gulati notes in the statement, this suspension is more the result of a culmination of incidents than anything else:

“The comments by Hope Solo after the match against Sweden during the 2016 Olympics were unacceptable and do not meet the standard of conduct we require from our National Team players,” said U.S. Soccer President Sunil Gulati. “Beyond the athletic arena, and beyond the results, the Olympics celebrate and represent the ideals of fair play and respect. We expect all of our representatives to honor those principles, with no exceptions.

“Taking into consideration the past incidents involving Hope, as well as the private conversations we’ve had requiring her to conduct herself in a manner befitting a U.S. National Team member, U.S. Soccer determined this is the appropriate disciplinary action.”

It’s also worth nothing that the team doesn’t have a major tournament coming until the 2019 World Cup, and at 35, Solo isn’t likely to be the first-choice keeper by then. So U.S. Soccer doesn’t have as much interest in leniency as they did back in January 2015, months before a World Cup.

As per usual with soccer news, SI’s Grant Wahl is on top of it, reporting that the national team has also terminated Solo’s contract (important, as the NWSL isn’t exactly able to pay massive salaries):

She will get to continue playing with her professional team:

Hope Solo can still play for her club team, NWSL's Seattle Reign, during her suspension.

And both Solo and the USWNT Players Association responded:

Hope Solo's response to SI on her suspension. pic.twitter.com/Y5E5KcrECo

That last point is a fair one, but regardless of the outcome of a potential appeal, it would appear likely that Solo’s days as USWNT goalkeeper are coming to a close.