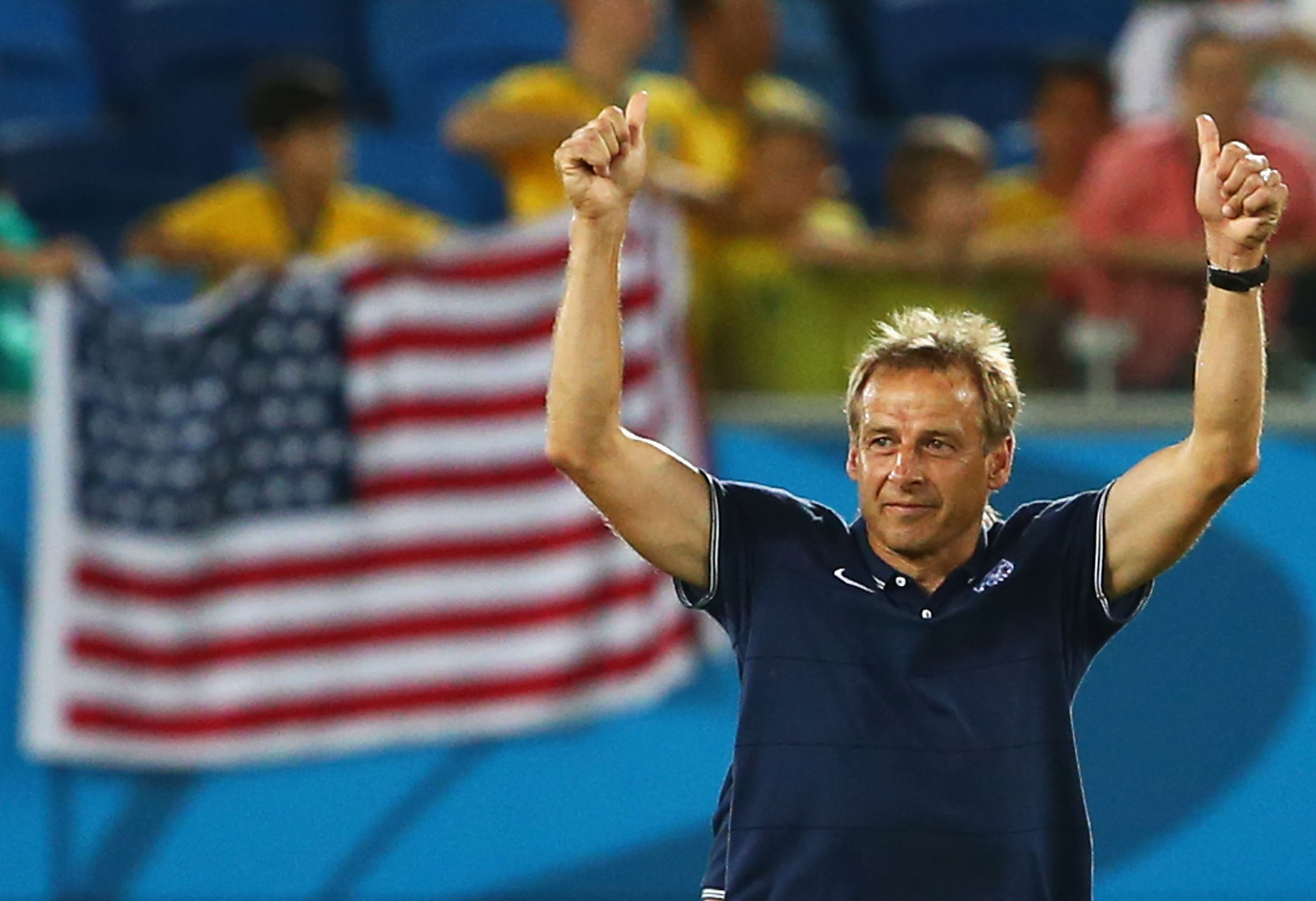 The news that Jurgen Klinsmann was relieved of his coaching and development duties with the U.S. Men’s National Team isn’t a great surprise. Klinsmann’s seat has become hotter and hotter ever since the 2014 World Cup. A disastrous start to the most recent round of World Cup Qualifying seems to have sealed the German’s fate. Sunil Gulati and the rest of the US Soccer Federation must have felt that Klinsmann had lost the plot with the team, and a change had to be made in order to avoid missing out on the 2018 World Cup.

Klinsmann isn’t a perfect coach and has made perplexing decisions at times with the USMNT. However, given all that, firing Klinsmann undermines all the good he’s done for the U.S. He parts with the second-highest winning percentage of a coach that has spent at least 50 games with the USMNT. His inclusion of foreign-born players may have rubbed some the wrong way, but many of these players have been stars for club and country. His firing may have been necessary given the culture surrounding the team right now, but it doesn’t make the US a better side.

Before Löw, Klinsmann did a lot of the groundwork. Deserves credit and recognition for how much he has improved the game across the pond.

Klinsmann came to the US with quite a reputation. He won a World Cup with Germany as a player and took rebuilding Germany to the World Cup semifinal in 2006. There were question marks, however. His nightmare spell in charge of Bayern Munich didn’t last a full season.

Despite losing four of his first six games in charge of the US, Klinsmann started to turn things around. The 2012 calendar year was a turning point for the new coach. The year was highlighted by wins against Italy, the US’ first since 1934, and a historic win vs Mexico at the Estadio Azteca. That year ended with the highest single year winning percentage in the history of the USMNT.

Results needed to happen for Klinsmann, but he wanted his lasting legacy to be a shift in the way America played the game. His inclusion of young players, especially those who were not born in the US, but had passports was one way he tried to get the best out of his squad. There were some that didn’t like this, such as Abby Wambach and even Bruce Arena. But the reality of the game today is that it’s more international. Just about every major country features foreign-born players on their national team. Klinsmann was just keeping up with the times.

Many of these mixed-nationalities played a major role in the 2014 World Cup. That tournament was one of Klinsmann’s better moments in charge. The US was drawn into a brutal group with Ghana, Portugal, and Germany. They beat Ghana, thanks in large part to German-born defender John Brooks, who Klinsmann helped bring into the fold. A last second draw with Portugal was heartbreaking, but the US showed they were competitive in the tournament’s toughest group. A 1-0 loss to Germany, the eventual champions, was a tough game but the US handled it well. Considering how other teams fared against Germany that year, 1-0 could have been a lot worse.

Klinsmann wanted to do everything he could to revamp the way the US developed players. Part of that was reaching out to those players born overseas with American parents. Jermaine Jones might have a German accent, but with his father, a US serviceman, was he any less American than Ricardo Clark who played in the 2010 World Cup?

Now a new generation of players is coming through, led by the 18-year-old Christian Pulisic. Pulisic, who was 12 when Klinsmann took over is a product of the new US system, before being spotted by Borussia Dortmund. Now he plays for one of the best club teams in Europe. Klinsmann’s much maligned three man defense was aimed at playing through Pulisic, but some of the old guard like Michael Bradley couldn’t keep up.

Ultimately, Klinsmann was judged on the pitch, and his tactical shortcomings got him into trouble too often for his boss’ liking.  Klinsmann came into the job with a plan stretching into 2018, he won’t be able to see that plan come to fruition. A lot of the problems the US deals with were not Klinsmann’s fault but some of them were. But Klinsmann’s style of recruitment, his desire to restructure US academies and constantly holding US soccer as well as MLS to a higher standard took the US further forward than those that came before him.

If the USMNT finds success in the coming years it will be in large part to Klinsmann. The US Soccer Federation would do well to remember his philosophy off the pitch and continue building around it. Unless they want to start from square one all over again.