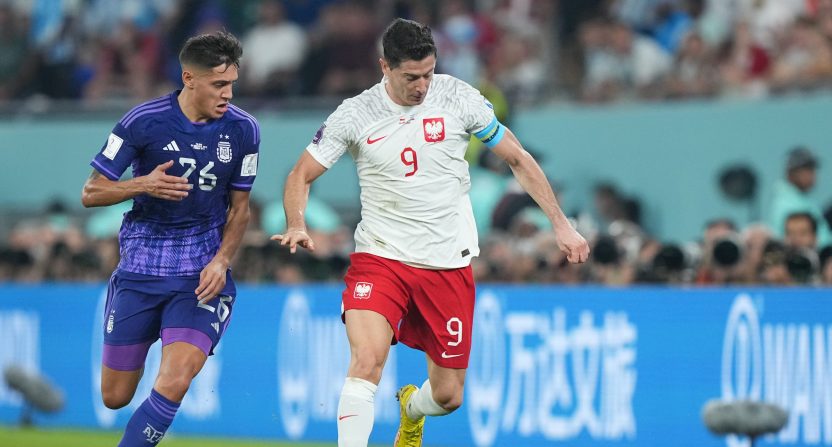 In the end, Poland would advance thanks to a late Saudi Arabia goal that resulted in a 2-1 Mexico win instead of 2-0. As a result, Poland beat Mexico due to goal differential. But if that Saudi goal weren’t scored, Poland would’ve advanced with the seventh tiebreaker, which was FIFA Fair Play points. Poland had five yellow cards compared to Mexico’s seven and still would’ve advanced. That was one tiebreaker away from “drawing of lots,” which last happened at a World Cup in 1990 between Ireland and the Netherlands.

To summarize what took place. When Mexico scored their second in the 52nd minute and Argentina scored their second in the 67th, the scores led to the yellow card tiebreaker. Poland got a yellow card in the 78th minute to make it 7-5 on yellow cards. And when Poland-Argentina ended, that was the case. But Saudi Arabia scored a shock goal in the 95th minute to do away with the Fair Play tiebreaker but kept Mexico needing a goal to advance. That goal never came, and Mexico was eliminated from the group stage for the first time since 1978.

This game was absolutely CHAOTIC 🤯

Mexico falls one goal short of advancing to the knockout stage after a thriller vs Saudi Arabia!

The end of Group C was reversed from the end of the first matchday. Saudi Arabia shocked Argentina and the Saudis were top of the group while Argentina was last. By the end, it went as expected with Argentina finishing top and Saudi Arabia finishing last. With Argentina winning the group, they face Australia in the round of 16 and the winner of that may potentially face the United States in the quarterfinal if the USMNT were to defeat the Netherlands.