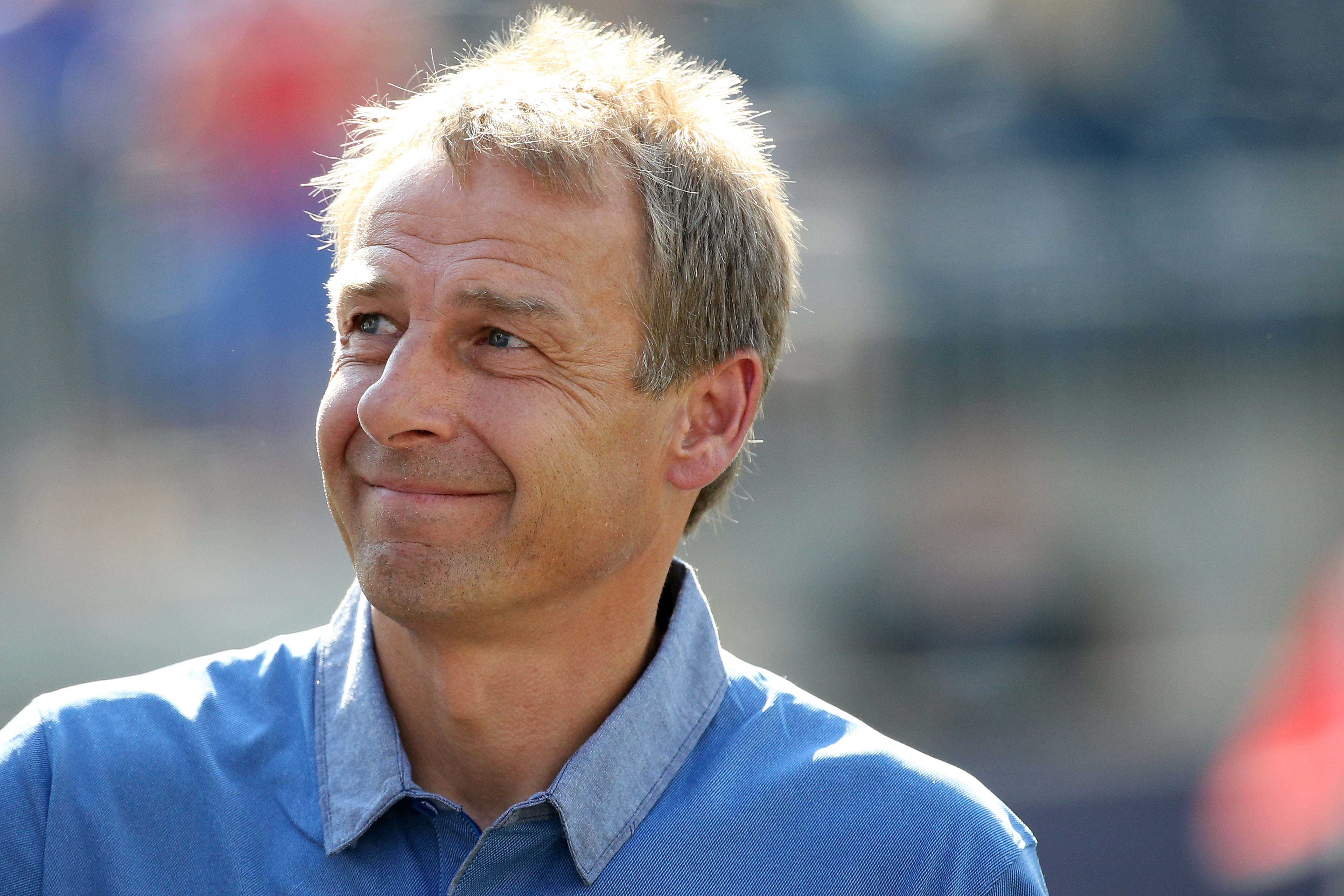 After five years of underachieving, underperforming, and failures to succeed at the top level, Jurgen Klinsmann has been fired as coach of the US national team.

Look no further than Landon Donovan’s reaction to the news.

Never want to see someone lose their job. I have no doubt that this talented group of players will qualify for Russia '18 #USA

Jurgen Klinsmann lost his job due in large part to his colossal failures against Mexico and Costa Rica in the November World Cup qualifying cycle. The 2-1 and 4-0 losses were marked by incessant tinkering from the manager and a failure by Klinsmann to put his players in positions to succeed, persistent characteristics of the last five years as well.

The 3-5-2 he used against Mexico — something that came completely out of the blue for everybody involved — was completely unsuccessful in every way, shape, and form. It put eight of the 11 players on the field in positions they were not comfortable with, and the results were so bad that it had to be changed to a 4-4-2 in just the 25th-minute.

In a Facebook interview held a week after that disastrous game, Klinsmann pinpointed the reason for the formation, saying “There was a reason for going into that formation, and that was [18-year-old] Christian Pulisic. We hoped we could give him a lot of room to roam and hurt Mexico at specific time, similar to what he does at Borussia Dortmund.” Pulisic was played as a center attacking midfielder, but that is not, in fact, what he does with his club team in Germany, and it is not what he has done internationally under Klinsmann.

This entire situation is a perfect embodiment of how Klinsmann has run his squad. He puts the wrong players in the wrong places, and while it doesn’t always result in disaster like it did, say, at the 2015 Gold Cup, it doesn’t bode well for long-term results. Things never really progressed under Klinsmann, and that is where the main issue lies.

Take a look at this tweet from Pablo Maurer and shield your eyes:

By popular request, I’ve updated this list. The logic behind calling Klinsmann the worst #USMNT coach in the modern era. Read it and weep: pic.twitter.com/NWLW4qNAxl

The results never really came with Klinsmann. Sure, they finished fourth at the Copa America, and they progressed out of a good, tough group in the 2014 World Cup, but these are things that the US have accomplished before. Advancing this team forward is what his ultimate task was, and he never got that accomplished.

In addition to this, Klinsmann struggled to put together lineups and formations that put players in the places where they are at their best. The list of the players he has played out of position goes on and on: Jermaine Jones, Gyasi Zardes, Michael Bradley, Fabian Johnson, DeAndre Yedlin, Matt Besler, Alejandro Bedoya, and Darlington Nagbe are all members of this not-so-exclusive club.

He also put a number of players into exile away from the national team. Benny Feilhaber, Landon Donovan, Sacha Kljestan (until recently), Dax McCarty, and Bill Hamid were and are worthy contenders for spots on rosters, but for whatever reason, none of them could do enough to get around the grudges Klinsmann had against them.

Those grudges are an element of his personality that perhaps USSF president Sunil Gulati could not get around. Klinsmann has a history of deflecting blame everywhere but to himself. This character trait was evident in all sorts of instances, and they all likely contributed to his eventual demise.

Multiple times, he placed blame on players for his own poor decisions. He played Bedoya in an unfamiliar defensive midfielder position in a friendly against Brazil in October 2015 and was forced to substitute him off. Instead of taking blame for his mistake, Klinsmann threw Bedoya under the bus, saying “Ale had a bit of a problem getting into his rhythm.” Just recently, he criticized Bradley and Jones for their performance in the 3-5-2 against Mexico.

His unfair denunciations go beyond his own team, however. Klinsmann never bought into the American soccer culture, unlike his likely replacement, Bruce Arena, a long-time proponent of it.

From the beginning, Klinsmann did not seem to believe in American soccer. He said at one point that he did not believe that America had any chance of winning the World Cup, and he denied the unquestioned best USMNT player of all time a spot on the 2014 World Cup roster. Klinsmann has long degraded Major League Soccer, often pushing players to move overseas and saying that MLS does not provide enough challenge for American players.

The successful former Germany manager Klinsmann has, in addition to his critiques of American soccer in general, disparaged American journalists and fans. He said this to the New York Times recently:

“The fact is, we lost two games. There is a lot of talk from people who don’t understand soccer or the team,” Klinsmann said.

“I’m not afraid,” He added. “What you need to do is stick to the facts. Soccer is emotional and a lot of people make conclusions without knowing anything about the inside of the team or the sport. I still believe we will get the points we need to qualify, and I am even confident we could win the group.”

These remarks directly insult the knowledge of every American soccer fan or writer. He will always rush to place the blame anybody but himself, even if he has to scoff at the collective American soccer base.

When you take these comments and add them to his tactical failures, it becomes obvious why Gulati’s hand was forced. Klinsmann never had his players comfortable in their roles or buying into the system, and he himself never bought into the American system.

And thus, the end of Jurgen Klinsmann as US national team manager.