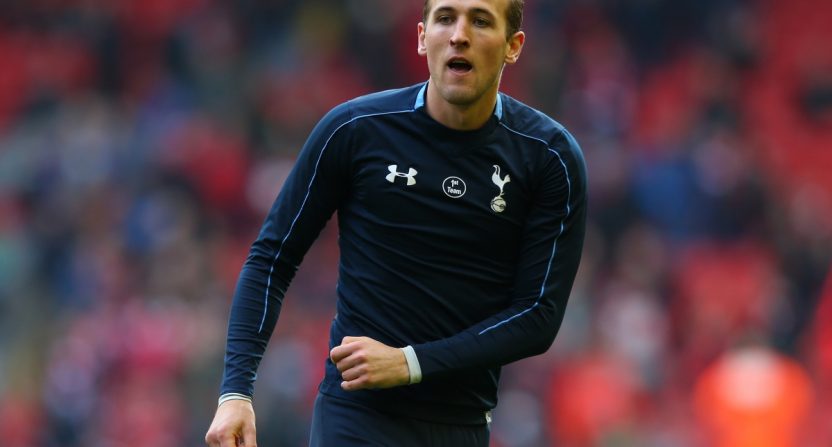 It doesn’t take long for the mood to change around a Premier League club. Three weeks ago, Tottenham had just blown the doors off of Manchester United at Old Trafford. The club had won three of three and Harry Kane had finally scored goals both in August and at Old Trafford. Spurs looked like a shoe-in for another top four finish, especially as United looked shambolic, Chelsea looked good but still had question marks, and Arsenal, well let’s not even go there.

In the Premier League, three weeks ago is a long time ago.

Since then, it’s seemingly gone all downhill for Tottenham in any way it can. Off the field, they were drawn into a Champions League group with Barcelona, Inter Milan, and PSV Eindhoven. Their new stadium, which was supposed to open last week, has been marred by several delays forcing the club to play Wednesday’s “home” League Cup tie in Milton Keynes with official opening date in sight.

Fans had already been up in arms over Spurs’ lack of summer signings and now the reason behind it is painfully obvious. Until the new stadium is completed, the club doesn’t have the money for it.

On the field, things haven’t gone much better. In their last game before the international break, Spurs lost away to Watford. Upon returning they nearly got run out of Wembley Stadium by Liverpool. While they were unlucky to not get a late penalty that could have salvaged a draw, they were lucky to only be down 2-1. Their midweek trip to Milan didn’t fare any better. While Spurs weren’t playing well, their 1-0 lead with five minutes to play didn’t look threatened. And then they lost 2-1.

Following the match, manager Mauricio Pochettino gave a bizarre press conference that can only be described as Jose Mourinho-esque. Add that to the turmoil surrounding the stadium and Spurs fans have nearly gone into full panic mode.

In the grand scheme of things, this should be nothing. Momentary losses of form happen all the time. Losing to Liverpool, especially the way they are currently playing, is not a bad thing. Nor is going to San Siro and having a difficult time there, even with Inter’s recent troubles.

But this dip in form stands out for one glaring reason; Harry Kane.

Since Harry Kane broke into the Premier League during the 2014/15 season, not only has he been Tottenham’s talisman but their engine as well. Simply put, where Kane goes, Spurs go. Kane has tallied four consecutive 20-goal seasons and while his early return this year of two goals in five games shouldn’t be concerning, it is for one simple reason.

Back in March, Kane was on a tear. He had already netted 24 goals in the Premier League when he (re)injured ligaments in his ankle at Bournemouth. That injury would require time to heal, time that Kane didn’t have. The World Cup was coming up this summer and Kane would need to prove his fitness if he wanted to be involved. On a personal level, who could blame him?

Kane rushed back from the injury and missed only a month. Spurs were able to finish in the top four and Harry could play for England at the World Cup but Kane understandably lacked the edge that he had before the injury. Kane went on to win the Golden Boot at the World Cup, thanks in large part to penalties, but that merely seemed to distract everyone from a troubling reality. Kane still didn’t look 100%.

If you’ve ever hurt your ankle before, you know it feels healthy well before it actually is. Coming back just a little early can cause you to lose even the slightest step as well as significantly delaying the recovery time. Now imagine you’re a Premier League player where if you even lose 1/100th of a step it can make all the difference.

Harry Kane clearly needs rest, only the problem is Spurs can’t give it to him. Since bursting onto the scene, Kane has rarely ever gotten a break and for good reason, Spurs simply can’t give him one.

In the last four years, Spurs have searched far and wide for a second striker who can take some of the burden off of Kane’s shoulders. It started with Roberto Soldado, then Vincent Janssen, and now Fernando Llorente. Over the past four seasons, those three strikers have combined for just 16 goals, with only four of them coming in the Premier League.

There’s a difference of opinion regarding what will make Spurs fans feel better about the team right now. Some say they need to thump Brighton 5-0 this weekend, showing their fans that their form is still there and the last three games were just an aberration.

That’s not to say he shouldn’t play. If Spurs are down with 30 minutes to play or level in the last 15 he should definitely bring him on, but a team with Christian Eriksen, Erik Lamela, and an in-form Lucas Moura should be able to scrape out an ugly 1-0 win over Brighton.

Winning ugly may not convince the fans that this dip in form is just temporary, but if they can’t get Harry Kane back to where he was prior to last March, they’ll have much bigger things to worry about.