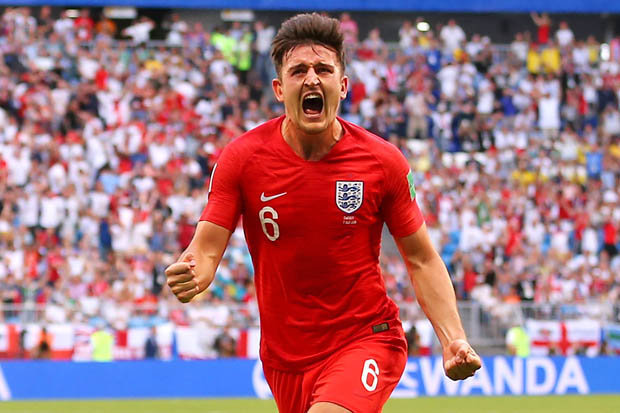 Manchester United’s quest to improve their defense took another step in the right direction. Despite a report saying they were “miles apart” on an agreement, reports began swirling that they had agreed to an £80 million fee for Leicester City and England defender Harry Maguire. (Also reported as £60 million + £20 million in add ons.)

Assuming Maguire’s arrival, it would mean that United would have seven senior center backs in their squad: Maguire, Victor Lindelof, Eric Bailly, Chris Smalling, Phil Jones, Marcos Rojo, and Axel Tuanzebe, who is back from a season long loan at Aston Villa.

In previous years, a signing like this would create an inevitable reaction of selling off one of United’s existing defenders. After all, having seven senior center backs is excessive and entirely unnecessary.

Unfortunately for United fans, Maguire’s signing is not going to cause that chain reaction.

In recent weeks, and frankly recent years, both the fans and media have criticized Ole Gunnar Solskjaer for not cutting the ‘dead weight’ in the squad. The reality is it’s not that they aren’t trying to, it’s that they literally can’t.

Football transfers are complicated. It’s not like manager mode on FIFA. You can’t just add someone to your transfer list, wait for another team to make a bid and click OK. There are a lot of moving parts that need to get ironed out that fans don’t think about. Last week I wrote about all the different complexities that would be involved in just a Paul Pogba transfer.

Once two teams agree to a fee for a player, the buying club then needs to work out personal terms with the player. If the player and club can’t agree on those terms, the transfer is dead.

In the past two years, the club has given out new contracts to the trio of Smalling, Jones, and Rojo. You can blame the board for that, but you shouldn’t forget that Jose Mourinho fought for each of these players to receive new contracts – just another way he leaves clubs in a mess once he’s gone.

Right now, United are trying to offload Marcos Rojo. Publicly they’re trying to generate some value for him but privately they’re offering him to teams for no fee. They’re literally trying to give him away for free, and they can’t.

Rojo’s quality isn’t enough for United, but there are plenty of teams that could use his services. He’s won 59 caps for his country, played in three Copa Americas (two finals), and two World Cups (including a World Cup final).

But Rojo’s new United contract pays him £80k/week. No other club in the world is going to offer him that kind of money. If he doesn’t want to take a pay cut, he doesn’t have to. Imagine if your boss gave you a choice to go to a new company and do the same job, with more responsibilities, – he’d have to play more – but take a 50 percent pay cut to do it. Would you do that?

Rojo knows he’s not high on Ole’s pecking order. He knows if he stays at Old Trafford he may be lucky to play 10 games this year.

It’s also entirely possible that Rojo feels this may be it for his career. Rojo played in the World Cup final. He scored a vital goal to send Argentina to the knockout rounds at the 2018 World Cup. He’s not going to be signed by a team in the Champions League. Maybe he knows his career has peaked.

When faced with that decision he has two choices: He can either take a pay cut and go play football for a less glamorous club, or he can continue collecting his United paycheck to bank money for the future.

For United, there’s not much they can do. They could choose not to register him to their Premier League or Europa League squads. That would make him ineligible to play in either competition and would mean the club wouldn’t have to waste seven spots on center backs. Perhaps if he’s literally not eligible to play he’ll want to leave. They could also loan him out (while retaining a large part of his wages) in hopes that he finds his form and someone offers to pay him.

If neither of those options work, well then they’re stuck. He’s under contract.

Luckily for a club as big as United, they make enough money that it doesn’t restrict what they’re able to do in the transfer market. Clubs that don’t pull in the commercial revenue United do should look at this as a cautionary tale as to what can happen if you sign bad contracts.

Marcos Rojo is ‘dead weight,’ but criticizing United for not offloading him is unfair. Bringing in Harry Maguire eliminates the need for him. Now Rojo can become another dead expense for United this season just like how they’re paying Jose Mourinho.

United have to live with the bad contracts they signed. They’re showing they can still move forward and improve their squad, just don’t expect the chain reaction of departures to follow.