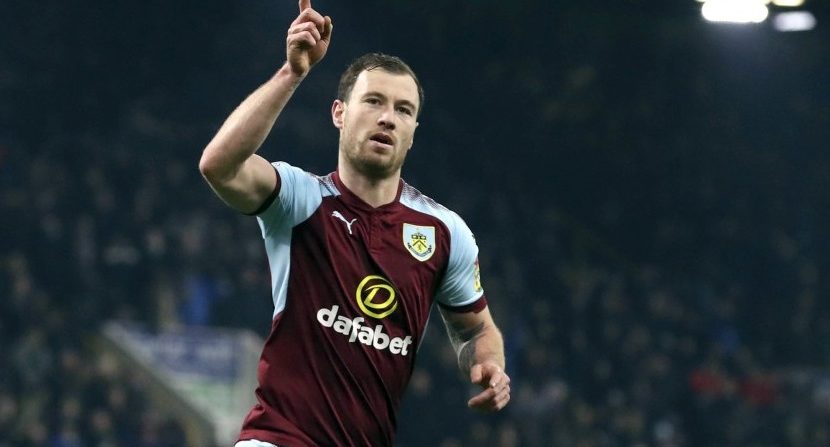 When the sun rose on Dec. 13, 2017, Burnley was situated fourth in the Premier League. Yes, Burnley, the team whose brief Premier League history is highlighted by defeating Manchester United in their first home game and merely staying up in the Prem for the first time following the 2016/17 campaign.

Of course, they were fourth because it was the middle of the matchday and by the end of the day, things had restored themselves and the Clarets were back in sixth. Nevertheless, that’s still sixth place, one point above Arsenal, and tied with Tottenham and Liverpool — in December!

Following Burnley’s 1-0 win over Stoke, manager Sean Dyche said that with Burnley in fourth place, the fans have the right to dream about Europe.

Dyche is right. The fans, and the club, should be dreaming about what this season can lead to. Dyche has done an incredible job and has seen his stock rise incredibly high. Every time a manager has gotten sacked this season, Dyche’s name has been at the top of their wish-list.

While dreaming seems harmless on the surface, it can have its drawbacks. Dreaming tends to lead to expectations and in the Premier League, expectations are rarely met. That is what Burnley need to avoid.

As incredible as it would be to see European matches (in any capacity) return to Turf Moor, it’s not going to happen next season. Burnley’s run into the top six has been done mostly through smoke and mirrors. In the nine games played at Turf Moor this season, only 10 goals have been scored, seven by Burnley.

This, of course, has been Burnley’s M.O. under Dyche. They’ve turned Turf Moor into a place that’s incredibly difficult for any team to come into and score, giving the Clarets a chance to get a result against anyone. Last season, their issue was they couldn’t get any points on the road, something they’ve been able to accomplish this season.

The reality is, not only do Burnley not score many goals, but they don’t create many chances either. They just happen to be very efficient. If you’re a fan of statistics, then you know all signs are pointing towards the law of averages catching up to them and regression is coming. Yet in 2016, all the statistics said that Leicester would not be able to keep up their pace all season and they won the league. So the moral of the story is something we already know: In football, anything is possible.

Even if Burnley slip down the table and finish somewhere around 11th, it would be a tremendous accomplishment for the club. Should that happen, the most important thing the club can do is not let their dreams bleed into their expectations.

In other words, remember who you are, which is Burnley, a club that has just four years of Premier League experience. Remember what league you play in, the Premier League, a league where building on your finish from the previous year is extremely difficult.

The worst thing that Burnley could do at the end of this season is start to dream big, and expect those dreams to come true. Growing “too big for your boots” is a problem that trips up many smaller clubs in England. During the 2010-11 season, Bolton spent most of the season in the Europa League spots before ultimately finishing 10th. The club’s expectations grew higher the following season and they spent money that summer accordingly. It all backfired, the club was relegated the following season and now find themselves at the bottom of the Championship (including a spell in League One).

Instead, you should be looking at a team like Southampton, who have embraced their status in the league, even if it means they lose their best players every year. The Saints have built a system that has made them confident that they can replace any player they lose and so far, they’ve been right.

If you’re Burnley, the most important thing you can do is remember who you are and how you got there. For starters, the first thing you need to do is give Sean Dyche a massive raise. Last season, Burnley made £9.6 million just for their TV appearances. Take most of that money and give it to Dyche. Sell him on the mindset that instead of being someone who had a good season and then left for Everton where who knows what might happen (see Koeman, Ronald), you can be the man who built Burnley into a perennial midtable Premier League team. If you do that, then instead of your next job being at Everton, it will be at a club bigger than Everton.

Secondly, don’t spend money for the sake of spending money. Sure, you can always use a signing or two. But take the time to make sure that person fits the way you play and fits your dressing room. In other words, don’t just buy the big name because he’s available.

Lastly, keep investing in your youth. Most of Burnley’s players have come through Burnley. They’ve been through it all together. Keep doing that because guess what, it’s been working. That’s what got you here, abruptly changing the club’s philosophy is far more likely to blow up in your face than actually work out.

If Burnley can keep up their pace this season, their fans, and the club, absolutely should be dreaming of potential glory. But it’s important to remember that they need to be patient. That glory may come in four years, but if you try to expedite it, it’s far more likely that you’ll never get it at all.