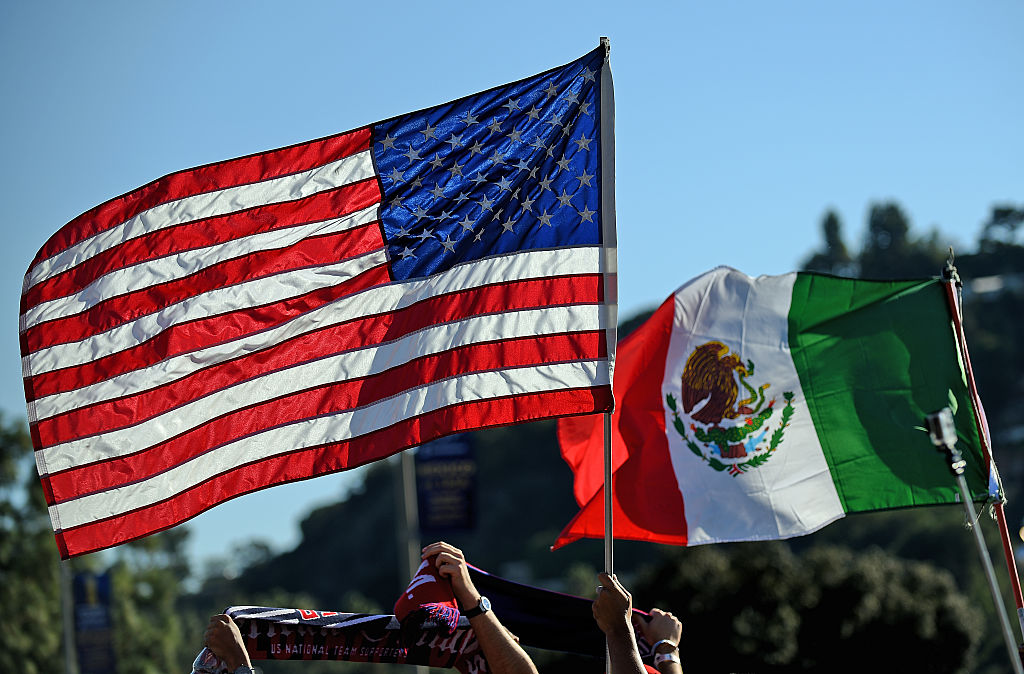 While the two have become bitter rivals on the field, it appears the federations are seriously considering a joint bid to host the 2026 FIFA World Cup. According to the ESPNFC report, the two federations began talks at the most recent FIFA Congress on Friday and things are at least progressing.

Most importantly, it appears that new FIFA president Gianni Infantino has thrown his support behind the idea.

It has long been thought that United States would win the 2026 FIFA World Cup bid after it was bypassed for Qatar in the 2022 World Cup vote. The United States Soccer Federation has been clear it is going to bid for the event, but the joint venture seems to be an option that will give CONCACAF an even bigger stage.

John Motta, a member of the USSF board spoke to ESPNFC about the talks with the Mexican Football Federation:

“We have spoken to our Mexican counterparts and are very open to the idea of a joint bid. It could be a positive move for the game in both countries, and it’s also a very exciting proposition for FIFA. We will now go away and formulate a timetable for further discussions. But whatever happens, we will bid for the 2026 World Cup — either jointly or we will go it alone.”

Both nations have hosted the biggest international event outside of the Olympics before. Should the joint bid go through, Mexico would become the first nation to be a three-time host, having previously hosted in and 1986. While the United States hosted its only World Cup in 1994.

With both nations having the infrastructure to handle this deal, why would FIFA be interested in the joint venture? Money, of course.

It was announced at this latest congress that FIFA lost a whopping $122 million in this latest fiscal year. A large part of that loss came from commercial sponsors pulling out in the aftermath of the FIFA corruption scandal.

Getting the largest North American television audiences and populations could mean big things for sponsorship and television rights deals and help FIFA stop the tide of red ink.

With FIFA having not considered any joint bids since the 2002 World Cup hosted by Japan and South Korea, announcing that joint bids would now be considered certainly gives the impression that FIFA is more than willing to listen to what Mexico-USA has to bring to the table.