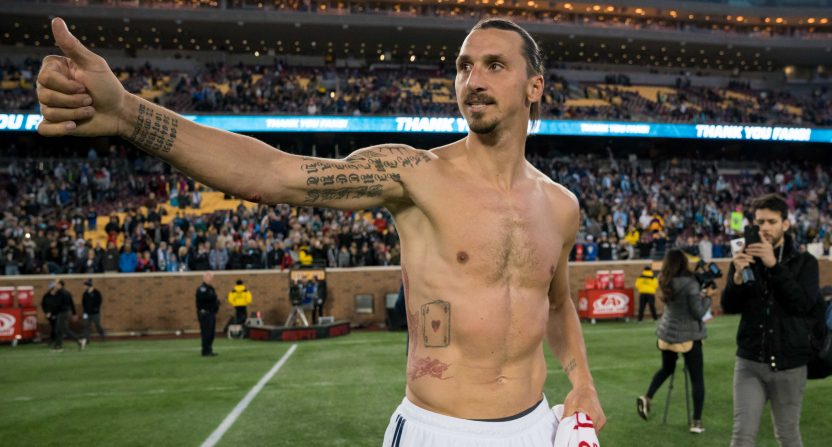 Tottenham’s season where nothing could go right has gone wrong again. Spurs striker Harry Kane is out until early March after sustaining damaged ankle ligaments in the final minutes of Sunday’s loss to Manchester United.

Ordinarily, an injury to Harry Kane would be bad but not the end of the world for Spurs. They could slide Heung-Min Son into a makeshift striker role with Dele Alli, Christian Eriksen, and Erik Lamela supporting him.

What makes this injury particularly catastrophic for Tottenham is that Son is unavailable for the next few weeks as he plays for South Korea in the Asian Cup. Not only do Spurs now need to replace their two best forward players, but it leaves them with just two senior strikers: Vincent Janssen and Fernando Llorente.

Kane’s injury comes at both a crucial and good time of the season. Spurs can’t afford a dip in form right now. They are currently sitting in third place, one point above Chelsea and seven points above Arsenal and a resurgent Manchester United. Next week, they’ll try to make their first cup final in ten years as they travel to Stamford Bridge for the second leg of the League Cup semifinal. In four weeks, they welcome Borussia Dortmund to Wembley in the Champions League.

They are, however, lucky (if there is such a thing in this unfortunate situation) that this happened in January when the transfer window is open. Spurs now have the option of bringing in a replacement, whether it be a short-term fix or long-term solution, but believe me they have to do something.

Spurs’ recent model has been one of stability, but the irony is their constant preaching of stability is actually starting to look like there’s a lot of instability at the club. The stadium is suffering setback after setback, their manager is being heavily linked to the potential opening at Manchester United next year. There are concerns over whether Christian Eriksen will stay this summer and if he leaves, which domino may fall next?

Spurs have to show their fans they are committed to winning this year. Sitting on just Janssen and Llorente would be a death sentence.

Admittedly, we don’t know much about Janssen. He recently returned from injury and while his first campaign with Tottenham was underwhelming, he was only 20 that season.

As for Llorente, he’s a 33-year-old target man who not only doesn’t score goals but doesn’t fit Spurs’ style. Llorente was at his best playing for a direct Swansea side who pumped balls into the box. Kane is much more than just a man to cross balls into the box towards. Spurs are set up to play the way Kane plays, not the way Llorente does.

That leaves the transfer market, which is admittedly underwhelming. Olivier Giroud would probably jump at the chance to leave Chelsea, but he’s not a perfect fit either. Add in that Giroud would eventually be a backup at Spurs and that Chelsea would likely never sell to Tottenham, it becomes unrealistic. Gonzalo Higuain wants out of Juventus, but signing him would essentially be bringing on a second Llorente.

A potential name to throw out for a permanent transfer would be Bournemouth’s Josh King. He fits Pochettino’s style capable of playing down the middle, or on the wing once Kane returns. But King won’t come cheap and at 27, he’s not as young as people think. He may fit Pochettino’s style but what if Pochettino isn’t there next season? Again, instability.

There is another juicy option out there for Tottenham, one that provides an instant fix without a long-term commitment. A short-term loan.

We’ve seen short-term loans be very successful in the past. Manchester United’s 2006/07 title campaign was significantly boosted by Henrik Larsson’s two and a half month spell with the club. Landon Donovan thrived in a short loan at Everton. David Beckham was a big contributor to AC Milan for two years in short loan spells.

Most teams wouldn’t offer a player for such a short-term loan. That is unless that team’s season doesn’t start until March such as the ones in Scandinavia or in MLS.

And when it comes to big-name strikers that currently play in MLS who would be available for such a spell, one comes to mind:

Zlatan is as close to the perfect player for Spurs to go after. He’s a big name that will signal to the fans that the club cares about winning. He can score the big goals that Tottenham will need, and the short-term situation means there won’t be an alpha-dog battle when Kane returns. More importantly, it’ll allow Spurs to actually give Kane more time off to ensure that he completely recovers. And once he’s ready, Zlatan will be back in LA for the start of the MLS season.

Like Kane, Zlatan is great with the ball at his feet and excels at dropping into the hole and turning into a makeshift supplier. Of course, the move wouldn’t come without risk.

Zlatan may be very similar to Kane, but he’s not a like for like replacement. He’s not as fast as Pochettino’s system would like. He doesn’t run onto through-balls into the channels, he doesn’t like using his head.

We all know about Zlatan’s ego, which often comes with his demand that the team plays Zlatan’s way. That means ball to foot, constantly, even if it’s not the best for everyone else.

Nevertheless, in Ibrahimovic’s one full season at Old Trafford he scored 26 goals despite largely being a square peg in a round hole. Even if he’s not a perfect fit for Pochettino’s system, he has the quality to make a difference. That’s all you need.

Of course, we all know this isn’t going to happen. Spurs aren’t going to do anything. They’ll think they can keep going with the players they currently have and potentially risk not only losing out on a trophy but potentially losing out on top four. And if that happens, especially considering Tottenham can use Champions League TV money to help with the costs of the new stadium, it would be bad if they miss out on that for a year.

All this because Spurs management didn’t want to take a risk, or even worse, can’t afford to.