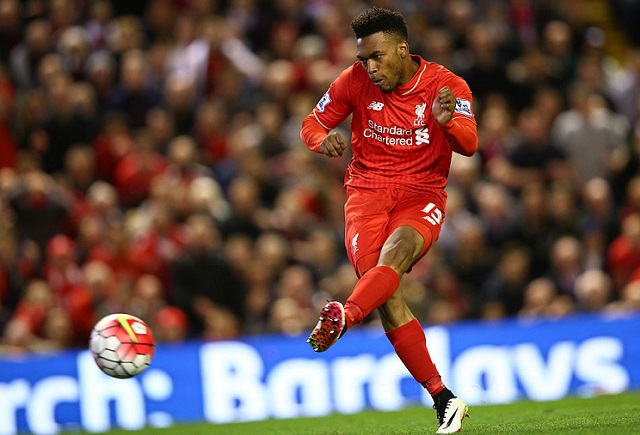 Daniel Sturridge is set to decide on his future this week. The Champions League winner has been without a club since Liverpool failed to renew his contract and is mulling over offers from Europe, the Middle East, and MLS.

Sturridge has battled injuries for most of his career but at 29, it’s odd that he’s ready to move on to the “just take whatever the biggest paycheck you can get” phase of his career. What’s even odder is that no Premier League teams are seemingly trying to get him.

Sturridge never became that top striker we thought he’d be after his loan spell at Bolton saw him score eight goals in 12 games but he convinced Liverpool he could play for a big club and had a more than serviceable run in Merseyside. He scored 68 goals and added 24 assists in 160 games, despite never really having a set position and having to win over the trust of numerous managers. Sturridge won 26 England caps and scored eight times with the National Team.

Sturridge proved he can be a very useful player in the Premier League, making it all the more puzzling that no one is showing any interest. As a free agent, there would be no transfer fee involved, making him more valuable for any suitor.

With fewer costs associated with him, every team in the Premier League can afford him. It’s hard to believe that every team thinks they’re better off without him. Is a team like Brighton really sitting around saying, “No thanks, we have Glen Murray?”

It’s understandable that Sturridge himself may still think he’s above Brighton, slogging it out for Premier League survival. Sturridge can play in any position across a front three, has scored some big goals off the bench, and has valuable Champions League experience. Sturridge can be a big asset for teams and add a bunch of depth, especially in Cup matches.

Tottenham Hotspur is a team who needs him right now for those very reasons. Spurs are fighting for survival in the Premier League and are playing in the Champions League.

Tottenham made their fans happy by actually spending money this summer, but that doesn’t mean their team is complete. Spurs jettisoned strikers Fernando Llorente and Vincent Janssen this summer leaving them with just one senior striker, Harry Kane.

Should Kane get hurt, they’ll use a combination of Son-Hyung Min and Lucas Moura up top. Both are good options, both are probably better than Sturridge. The problem is thatt Son and Moura are both nearly first choice players. They already play in almost every match.

That matters because Tottenham’s undoing last year was burnout. They went from being in the title race with Liverpool and Manchester City last January to nearly being in the same top four race as Arsenal and Manchester United. Two teams that aren’t even close to their level. By the time they reached the Champions League final, they could barely move.

Sturridge could solve a lot of their problems. He’s proven that he can come off the bench and score big goals. He can play in Cup games so Kane doesn’t have to. When Kane gets injured, and history suggests he will at some point, Sturridge gives Spurs another option, even if Sturridge also brings his own injury fears.

Earlier this summer, I wrote about how important it is for teams to manage the minutes of their players. Being able to pull Kane off the field when you have a 2-0 lead with 20 minutes to go goes a long way. Those minutes add up and take their toll. Resting Kane for Lucas Moura, who still plays in some capacity every week, for a League Cup match doesn’t solve that problem.

For Sturridge, it seems like an odd time to mail in his career. Going to the Middle East or MLS would almost certainly rule him out of any future England squad. Not that he’s in the forefront of Gareth Southgate’s mind, but Danny Welbeck scoring five goals in 2018 and getting a spot on the plane to Russia shows Southgate values versatile forwards. I’m not saying he’s reserving a spot in his Euro 2020 team for someone like that, but if Sturridge had a big season in England I’m sure he’d give Southgate something to think about.

It’s possible that Sturridge thinks he can still start and doesn’t want a bench role. It’s also possible his wage demands are outrageous for the kind of role Sturridge would likely occupy.

On Wednesday, former Crystal Palace chairman Simon Jordan called Sturridge a “problem player” and said he wouldn’t want him anywhere near the dressing room. I’m not sure how much stock to put into that since Sturridge never played for Crystal Palace but it is possible he has that reputation among Premier League clubs.

Nevertheless, at the moment Daniel Sturridge remains unsigned. He has offers so he’ll play football this year, it’s just odd that no team in England want him.

Even though he can surely help some of them.