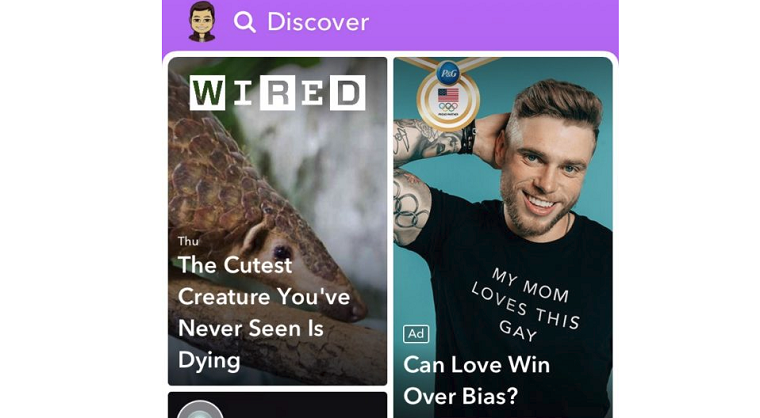 What helped social media apps such as Facebook, Instagram, Twitter, and Snapchat take off at first was the lack of advertisements and paid content. To this day, the first three applications still don’t bombard you with ads the user rarely wants to see.

As for Snapchat, it used to be in that group until it rolled out its latest update this week. It’s no secret that the popular social networking platform has had issues making revenue. With its latest update, Snap has made it clear that in the near future, raising revenue may be all it cares about.

Before this new update rolled out, there were two separate pages on the app outside of the camera: recent messages/snapchat conversations with your friends and another that was your friend’s stories with ads mixed in that were organized into their own easy to navigate section.

So what does this mean exactly? Let’s break it down:

Snapchat before its update: Two pages of your friends’ social media content and updates with one or two sections of neatly organized ads and paid content on one of the pages. Here is how it looked on that second page before the update: 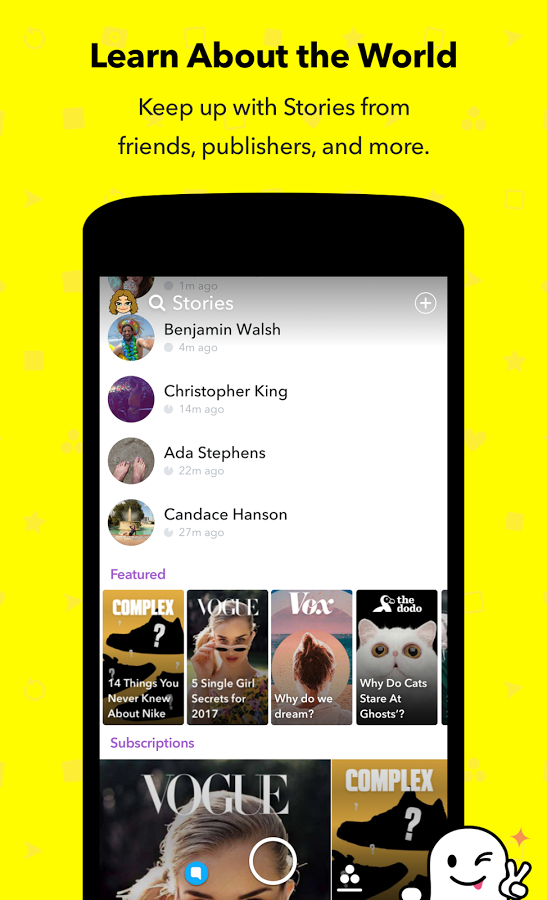 See how the stories are in one section on their own in chronological order ABOVE the ads? They were much easier to sort through that way.

Snapchat after its updates: One page of your friends’ social media content that is often out of order and hard to sort through, and one page of paid ads and content that is a mix of stories related to what you want and stories you never signed up for.

The new version of the app takes Snapchat’s two pages/screens and turns them upside down. Here is the first page of all your friends’ social media content: 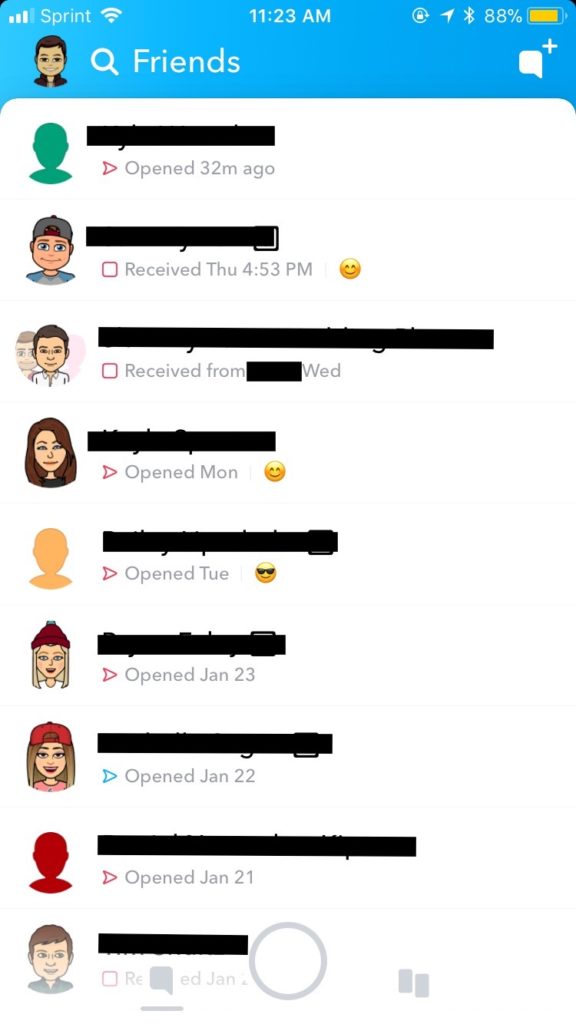 And here is the other, which is just a mix of random ads with the more popular ones up top that one can assume companies paid for. 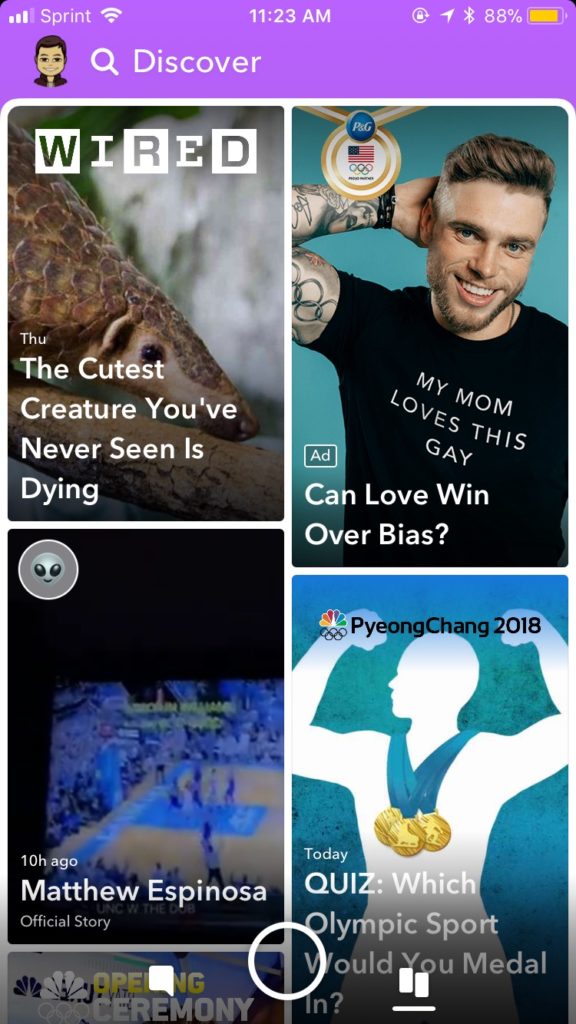 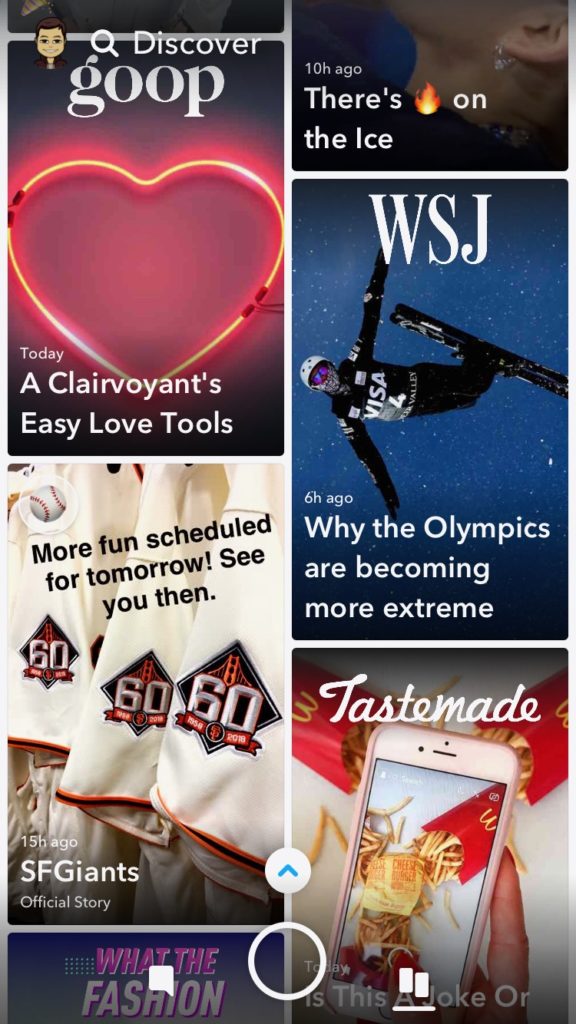 I love sports, so understandably there is plenty of Olympics content on my “ad and paid content” page, aka the “Discover” page. However, I have no idea who Matthew Espinosa is, don’t follow the San Francisco Giants, don’t want Clairvoyant’s easy love tools, and have no desire to read that depressing Wired article.

Another problem with this update is if you follow someone and they don’t follow you back because they are a celebrity or a popular account — we’ll use Chrissy Teigen as an example — finding their content is impossible.

I’m not happy with this new @Snapchat update… I have to search for @chrissyteigen instead of her being right there when I open up the app ? All I want is to watch her make food & talk to her like she can hear me. It’s like i’ve lost a friend.

I’m seeing this same comment so often. I liked that you guys felt like we were friends. I’m sad it doesn’t feel like that anymore. How many people have to hate an update for it to be reconsidered? https://t.co/PI7OAf9Qlg

Overall, plenty of people are on Teigen’s side too and aren’t fans of the new update.

HOW TO FIX SNAPCHAT UPDATE; delete the app, open instagram.

I’ve never had an app give me an actual headache until this Snapchat update ??

Facebook: Ads mixed into your feed sporadically and on the side of the page, making them easy to avoid.

Twitter: Sponsored tweets every now and then in your feed.

Snapchat: One page devoted to your friends and another that is extremely hard to look at and navigate because it is full of ads and paid content.

While three social media platforms still make it a priority for you to access your friends’ content, another has thrown that out the window in favor of advertisers and paid content. I’m pretty sure Snapchat’s newest update goes against everything social media was built on.