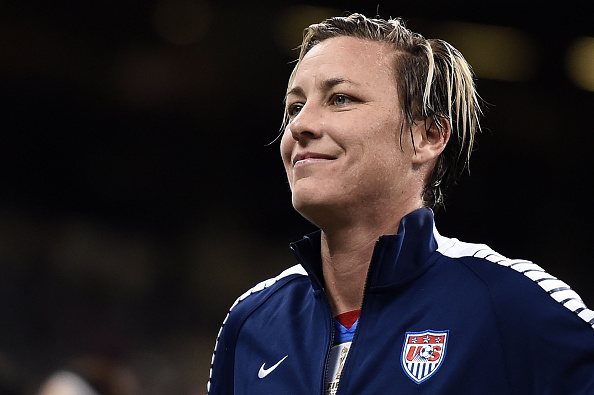 Today’s Cheat Sheet is here. Lace up your boots (hopefully not one last time) and let’s review the news.

The USWNT lost a friendy 1-0 to China on Wednesday night at the Superdome, but the result was secondary to the fact it was the final game for legendary US Soccer player Abby Wambach.

The 35-year-old will leave the sport with a record 184 international goals, a World Cup title and two Olympic Gold medals. She was also the 2012 FIFA World Player of the Year and a finalist in 2013 and 2014.

Abby got a huge ovation as she was subbed out in the 72nd minute:

She later addressed the crowd after the game, and finished with, “Bourbon Street, watch out!” before (literally) dropping the mic.

Even President Obama made sure to recognize Abby’s awesomeness:

The Chicago White Sox acquired two-time All-Star third baseman Todd Frazier from the Cincinnati Reds as part of a three-team trade that included the Los Angeles Dodgers on Wednesday. The trade is pretty simple: White Sox get Todd Frazier, Reds and Dodgers each get three prospects.

The prospects the Reds received to give up a 29-year-old stud aren’t eye-opening, though, as The Comeback’s Liam McGuire writes in his in-depth breakdown of the trade:

The Reds bolstered their farm system a bit, but you think they could have landed more considering they gave up Frazier.

One thing I’ve talked about much while nerding it up on Twitter on my Cubs/MLB account in recent months, is the Reds choosing not to sell on Frazier and Aroldis Chapman before the trade deadline. Cincinnati was a god awful team and with two terrific trade pieces in Frazier and Chapman.

Chapman especially made no sense to keep around; an elite closer on a bad team is pointless, as the Philadelphia Phillies correctly concluded with the recent trade of Ken Giles. And the Reds hypothetically would’ve been able to get more back for Chapman in July (putting the unpredictable off-the-field stuff aside), as a team would’ve gotten 1.5 years for him rather than just one, as he’s a free agent next offseason.

But they also would’ve likely gotten back more — perhaps quite a bit more — for Frazier, as he was posting career-best numbers (25 homers and a .922 OPS) in the first half and was unlikely to keep producing at that level by the time the Reds were to be good again (it’s going to be a few years, in a loaded NL Central). Sell high on the dude! It certainly didn’t help that Frazier had a terrible second half (10 homers and a.684 OPS).

I was glad to see that the always terrific Jeff Sullivan of Fangraphs had similar thoughts in reaction to the trade:

It’s easy to say this now, but the Reds should’ve sold last July. The All-Star Game complicated factors, but it probably shouldn’t have. No, the Reds couldn’t have foreseen Aroldis Chapman‘s domestic-violence incident. No, the Reds couldn’t have foreseen Todd Frazier’s miserable second half. But as the Reds went into the break, they were 39-47, way behind all the relevant competition. They were bad, and they had Chapman and Frazier at astronomical values. What they could’ve foreseen is that Chapman and Frazier wouldn’t lift their stocks any higher. Ultimately, those two stuck around. Chapman might now be untradeable. Frazier didn’t fetch what he could’ve fetched.

When I saw this article (give the whole thing a read) today, I nearly fell out of my chair.

“Would you put him there with the guys that can transcend their supporting cast? The [Tom] Bradys, whether it’s Aaron Rodgers, [Drew] Brees, [Ben] Roethlisberger, the ones that you would consider the two, three, four elite guys? No. But he’s certainly played himself into that next tier,” Pettine said Wednesday, according to Pat McManamon of ESPN.com.

Wilson has thrown 16 touchdowns and no interceptions over the last four games. He has the NFL’s best quarterback rating at 110.0 this season, and has a career rating of 101.3. He’s currently one of the top MVP candidates in the NFL. He’s won a Super Bowl. He was one yard from winning back-to-back Super Bowls last year.

Pettine argues about Wilson’s supporting cast, which makes you wonder if he’s watched any tape of Seattle (the Browns’ opponent in Week 15) this year. Seattle’s had awful offensive line play, they don’t have a No. 1 wide receiver, they’ve had tight end Jimmy Graham either injured or largely ineffective at times, and their run game has dealt with injuries (Marshawn Lynch is still out and Thomas Rawls is done for the year).

So, all signs point to Wilson indeed being an “elite” quarterback, or at least very much being in the conversation.

But an opposing coach is asked about the opponent by the media every week, and they often compliment the opposition’s players to a degree we know is over the top. That’s just how it is. Even if Pettine doesn’t truly believe Wilson is elite, it’s just a bit weird that he’d admit that. And Pettine’s going to regret saying that if Wilson looks anything like the has over the last month. 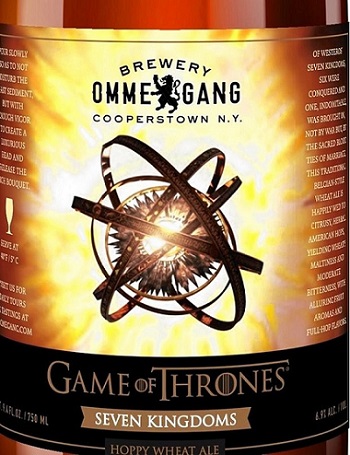 – If you’re a Seinfeld fan, giddy up and check out the true meaning and origin of Festivus, as explained by the show’s writers.

– The Comeback’s Dan Levy did some research on NFL injuries, and got some eye-opening results: 320 NFL players are currently on Injured Reserve. And we still have three weeks left in the season.

– Bob Odenkirk gets you ready for season 2 of Better Call Saul. If you’re a Breaking Bad fan and have not seen ‘Saul’, get on that as soon as possible.

– Mark Wahlberg made a fancy trick shot on a basketball court with a football.

– LeBron James pretended to not know what Under Armour is. Hey, if you just signed a contract worth significantly more than $500 million with Nike, you’d probably act like you’ve never heard of another shoe company too.

– There is a new Game of Thrones-themed beer, called Seven Kingdoms Hoppy Wheat Ale. The beer is made by Brewery Ommegang, who also made these other GoT-themed beers: Iron Throne Blonde Ale, Take The Black Stout, Fire and Blood Red Ale, Valar Morghulis Dubbel Ale, and Three-Eyed Raven Saison Ale.

The best, and possibly only, badminton rally you have ever seen.