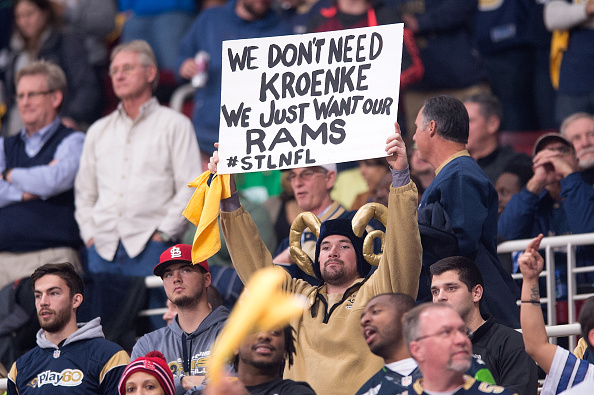 Kobe, LeBron, mustard v ketchup, Barkley still hates the Warriors and the House is about to get Fuller. It’s the daily Cheat Sheet!

The St. Louis Rams took down the Tampa Bay Buccaneers by the score of 31-23 on Thursdsay night at the Edward Jones Dome, in the battle of Mustard vs Ketchup.

These uniforms are… something. pic.twitter.com/rjxhw4uekc

After looking largely ineffective in his previous two starts, Rams quarterback Case Keenum played tremendously in this game, completing 14 of 17 passes for two touchdowns, no interceptions, and a 158.0 QB rating.

And remember when everyone thought Tavon Austin was going to be that next Percy Harvin, Randall Cobb type of dynamic receiver and overall playmaker when the Rams selected him in the first round of the 2013 draft? He looked like that guy on Thursday night.

This is the Tavon Austin the Rams thought they had when they took him in the 1st round. #TNF pic.twitter.com/S0CGuJ2NTP — The Comeback (@comeback_sports) December 18, 2015

The Rams have of course been one of the teams talked about potentially going (back) to Los Angeles, something their owner Stan Kroenke wants. On the NFL Network postgame show, you could hear the St. Louis fans loudly chanting “Kroenke Sucks!”

Kobe turned back the clock and had an awesome dunk

The Houston Rockets beat the Lakers by 20 points on Thursday night at Staples Center and few people in the arena cared about the game result. Their night was made in the third quarter when the 37-year-old Kobe Bryant — during his farewell tour — looked like his young self.

Kobe Bryant dunks on Clint Capela (all the angles) pic.twitter.com/tCTeb0xvHt

MAMBA. Nobody saw that one coming. Kobe’s first dunk of the year, and in fashion we weren’t sure if he was capable of anymore. And just a few minutes later, he looked like vintage Kobe on another play:

Kobe finished the game with 22 points on 9-of-16 shooting. That’s now three straight games he’s scored at least 22 points, and he has a .532 field goal percentage over those three games, so he’s scoring efficiently.

While Kobe dunked, LeBron got dunked on 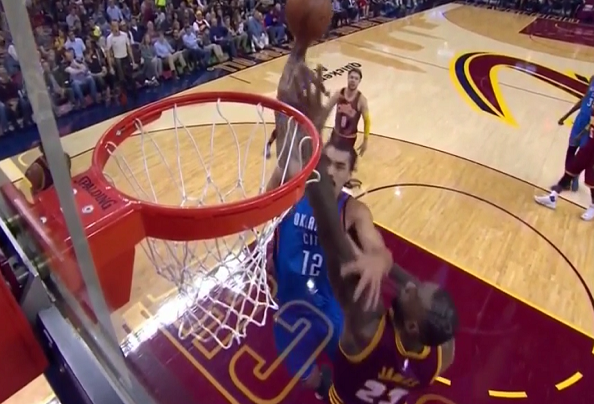 The Oklahoma City Thunder’s Steven Adams threw down a dunk all over LeBron James.

Posterizing LeBron James is something you really should get several posters of, and frame them all over your house.

LeBron crashed into Jason Day’s wife Ellie while she was sitting courtside; she was stretchered off 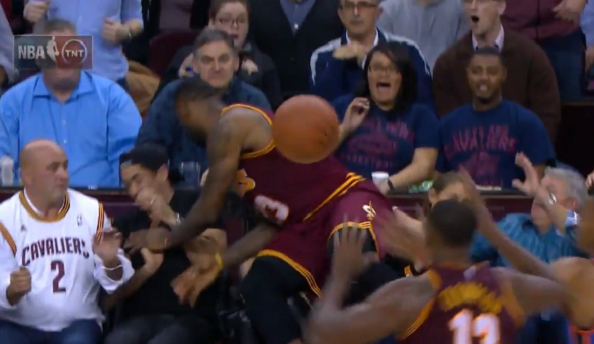 Getting dunked on was surely erased quickly from LeBron’s mind on Thursday night, after a scary incident in the fourth quarter. LeBron was going after a loose ball, and ran into golfer Jason Day’s wife Ellie while the couple was sitting courtside:

Ellie was taken off on a stretcher, and then sent to a hospital, but told LeBron she’s okay (which is great to hear). LeBron also tweeted out a message to Ellie.

Ellie Day I hope you’re doing okay! My apologies! Hope u guys come back to another game soon. Love LJ!

– Netflix has released a teaser trailer for Fuller House, a reboot/continuation of Full House. I still don’t know how to feel about this (does anybody?), but for nostalgic purposes it will probably be worth checking out the first episode at least.

– The Toronto Raptors called a timeout to spoil their own game-winning shot. Then they lost in overtime. Whoops.

– You need to watch this video of Kevin McAllister all grown up and not doing well.

– And then Kotaku’s Kirk Hamilton writes about his biggest video game disappointments of 2015.

– Will Ferrell appeared as a new age Santa on Jimmy Fallon.

– The Cincinnati Reds and Washington Nationals have agreed in principle to a trade that will send Brandon Phillips to the Nats.

A little girl mistakes a man for Santa (I mean he’s got a big white beard and is wearing a red shirt so maybe she’s right), and he plays along. This will melt your damn heart.