Baseball’s first half is in the books, and that means writers and bloggers are scrambling to erase all of the predictions they made back in March. The first half has been anything but predictable this year with a number of teams outperforming their expectations; on the flip side, a whole bunch of teams (and players) can’t get to the second half soon enough.

Let’s take a look at some of baseball’s biggest surprises and disappointments from the first half of the season:

The AL East was supposed to be about the Blue Jays, Red Sox, Rays, and Yankees this season. Sure, the Orioles snuck into the playoffs a few years ago but that had to be a fluke, right? Last year’s .500 finish was a harbinger of things to come. Virtually no one picked the O’s to be in playoff contention, yet they somehow sit in first place at the break. The addition of Mark Trumbo has given Baltimore one of the most dangerous lineups in the league, and the back of their bullpen boasts two relievers with sub-1.00 ERAs. The starting rotation is suspect, though, and chances are they’ll have to improve their if they hope to make the playoffs; but for the time being, it’s been good enough to make the Orioles one of baseball’s biggest surprises in the first half.

The 2015 Offseason Champions came into this season expecting to compete with the Giants and the Dodgers for the division title; instead, they’re competing with the Padres and Rockies to stay out of last place. Losing A.J. Pollock for the season hurt, and their big offseason acquisitions haven’t done enough to make them competitive. Zack Greinke has been solid after a slow start, but Shelby Miller has been positively putrid and has made his case to be the worst starting pitcher in baseball so far. It’s probably too early to blow the whole thing up and start over again, but you wouldn’t be able to blame the D-Backs if they went that route. They’ve been that bad. 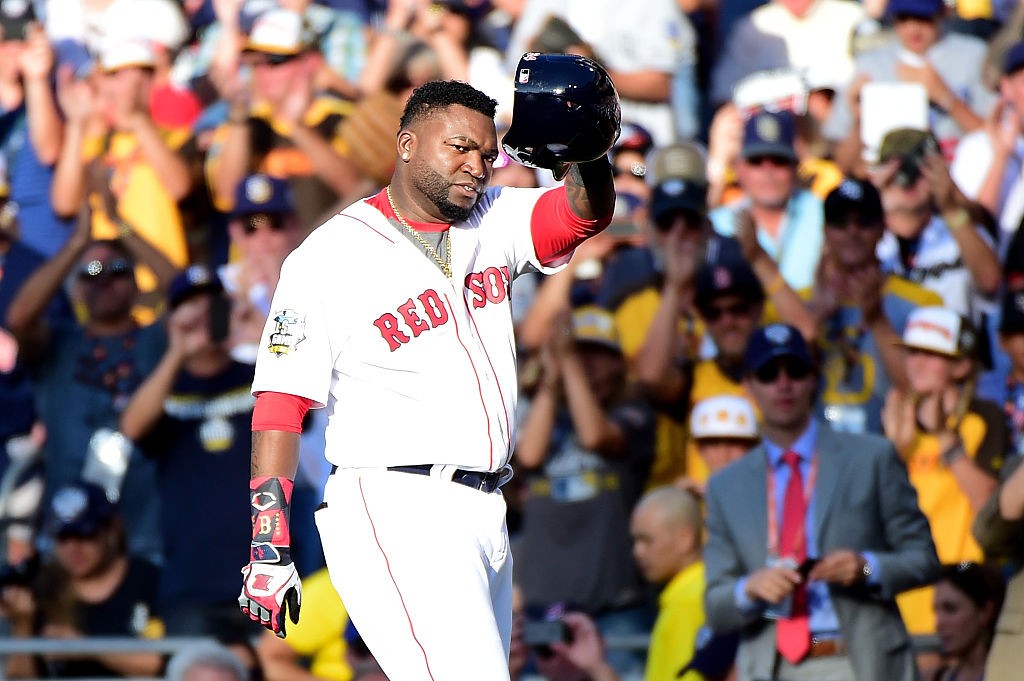 SAN DIEGO, CA – JULY 12: David Ortiz #34 of the Boston Red Sox and the American League waves to the crowd after he is taken out of the game in the third inning during the 87th Annual MLB All-Star Game at PETCO Park on July 12, 2016 in San Diego, California. (Photo by Harry How/Getty Images)

Usually when a superstar player goes on a retirement tour, he’ll have a few nice moments here and there that make people say, “man, he was great!” but ultimately his play reminds everyone why he’s retiring. That isn’t the case with Ortiz, who’s putting up MVP-caliber numbers during his last go around. He leads the league in doubles, OBP, and slugging, is second in batting average and RBI, and is tied for fourth in homers. He’s a huge reason why the Sox are in the thick of contention in the East and looks like he could play a few more years with no problems. Ortiz, somewhat surprisingly, has never won an MVP award. What a story it would make if he finally wins it as he rides off into the sunset.

Last year’s Cy Young winner has given up 64 earned runs so far in 2016; or, the exact same amount he gave up all of last year in nearly half of the innings. Keuchel was a big factor in the Astros’ slow start to the season and while they’ve managed to turn their season around, their ace still seems to be treading water. If Houston has any hope of catching the Rangers in the division (or of making the Wild Card game), they’ll need a much better version of Keuchel than the one that showed up in the first half.

They were expected to contend, to keep pace with the Dodgers in the division, and to get back to the playoffs likely as a Wild Card. The Giants have smashed all of those modest expectations by posting the best record in baseball in the first half, far ahead of the pace of their World Series-winning teams in ’10, ’12, and ’14. What’s more surprising is they’ve managed to do it while dealing with long-term injuries to regulars like Hunter Pence, Matt Duffy, Joe Panik, Angel Pagan, and Matt Cain. It didn’t seem to matter what journeyman they plugged into the lineup in the first half, the Giants just kept winning at a pace better than anyone else in the game. No one expected that. 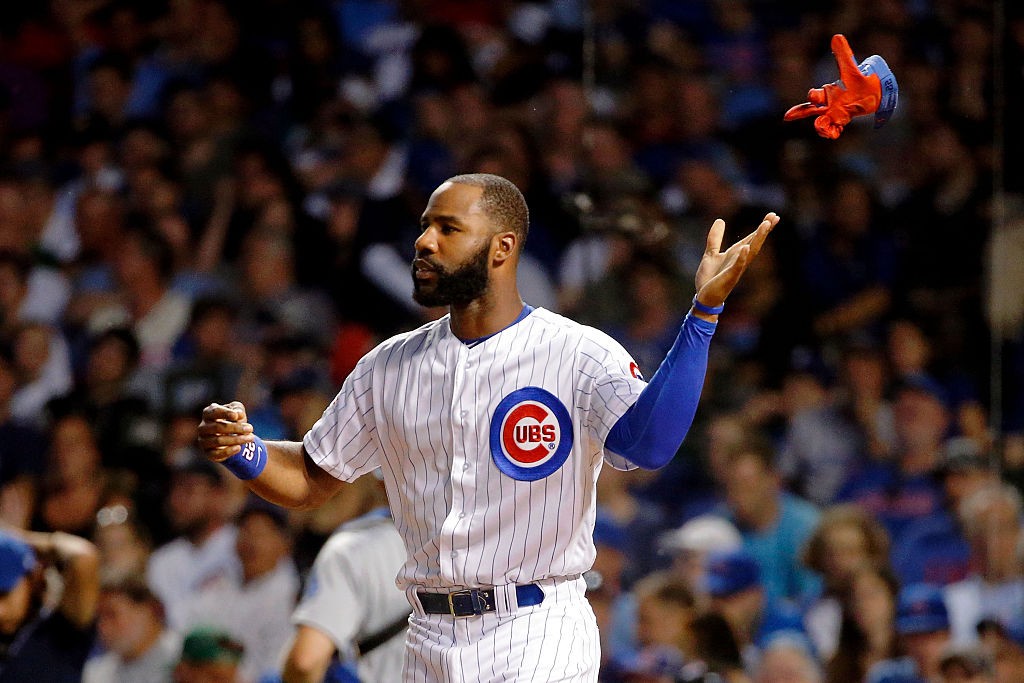 CHICAGO, IL – JUNE 01: Jason Heyward #22 of the Chicago Cubs throws his batting after striking out against the Los Angeles Dodgers during the fifth inning at Wrigley Field on June 1, 2016 in Chicago, Illinois. (Photo by Jon Durr/Getty Images)

Consider the first half of the season a vindication for those who scoffed at Heyward being one of the highest paid players in the game. He goes into the break sporting a .668 OPS while volunteering to be dropped in the lineup. The Cubs are doing just fine in the meantime, but they have to be discouraged by what they’ve seen from their major offseason addition. He’s been the weak link in an otherwise scary lineup.

Nobody really knew what to make of the Indians coming into the year after their disappointing finish a season prior. But the Tribe have established themselves as a force to be reckoned with in the American League, riding their all-world pitching staff to a big lead in the division while distancing themselves from the Tigers, Royals and White Sox. Cleveland was an AL Central afterthought in the spring after the Royals’ championship and the Tigers’ spending spree. But their first half showed they’re the team to beat in the division.

Did anyone expect them to be this bad? (editor’s note: oh hell yeah I did) The cracks in the Angels’ exterior started to show last year, but they still finished with a winning record and nearly won the division again. They’ve been nothing short of awful this season with the third-worst record in the AL and no hope of turning things around. The first half showed they’re in desperate need of a major rebuild, which is something they probably won’t do anyway. We all knew they were a flawed team, but it’s probably fair to say no one saw this kind of first half coming. 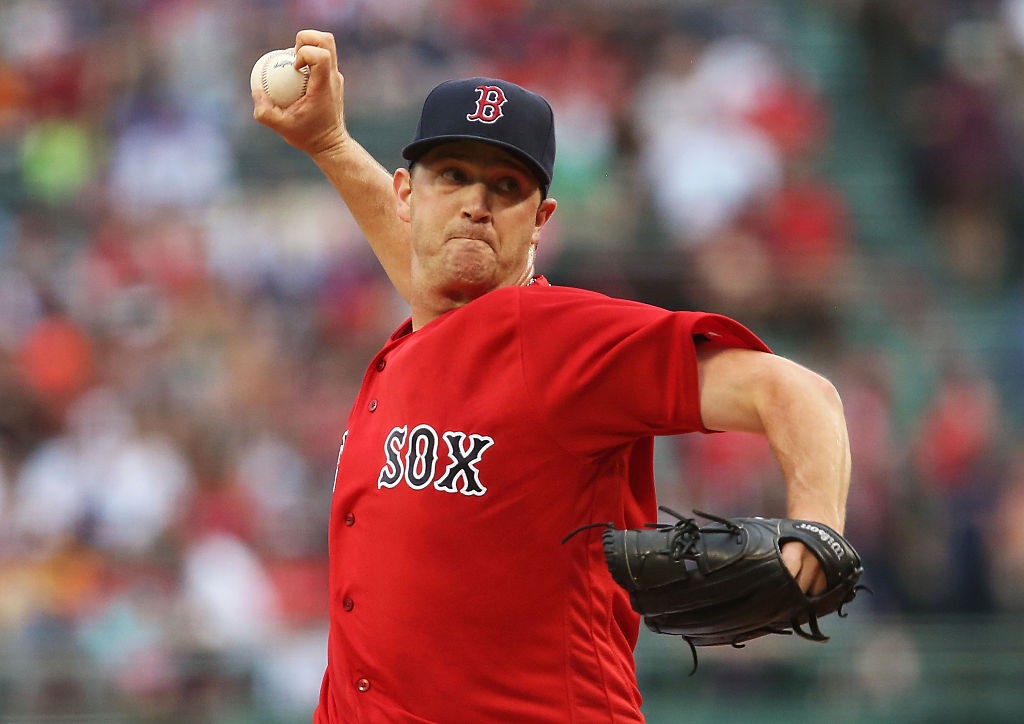 BOSTON, MA – JULY 01: Steven Wright #35 of the Boston Red Sox delivers in the first inning during the game against the Los Angeles Angels of Anaheim at Fenway Park on July 1, 2016 in Boston, Massachusetts. (Photo by Adam Glanzman/Getty Images)

Boston’s strong history with knuckleballers continues. Wright, an afterthought when the season began, leads the American League in ERA and complete games and has arguably been the best starting pitcher on a staff that boasts David Price. He’s been one of the best stories of the first half, capped off by an all star appearance (even though he didn’t pitch).

He’s been more The Dark Knight Rises instead of The Dark Knight this season, one that just ended due to surgery for thoracic outlet syndrome. Even before the surgery announcement, Harvey’s numbers were suffering: a 4.86 ERA and the lowest K/9 rate of his career led to a 4-10 record and a falling out with the New York press. It was a nightmare first half for Harvey, one that the Mets hope won’t derail his promising future.