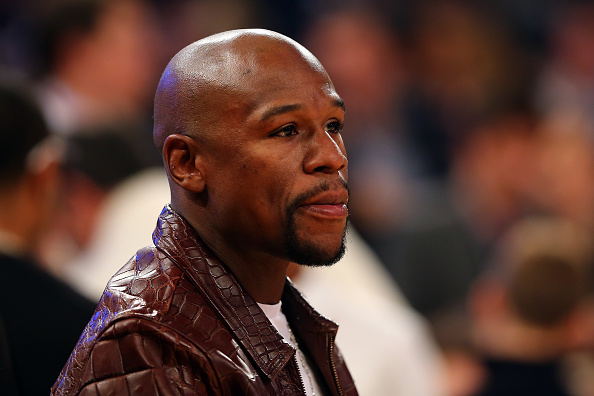 On Thursday, the big story surrounding the fight between Floyd Mayweather and Conor McGregor was McGregor seemingly referring to black people (from the movie Rocky III) as “dancing little monkeys.” For about 24 hours, McGregor—not the chronic domestic abuser Mayweather—who was cast as the bad guy in the bout.

So naturally Mayweather had to open his mouth Friday and remind us all that he’s at least as much an asshole as McGregor.

Of course, Mayweather fans will say he didn’t mean anything by that word and that McGregor’s comments were worse, while McGregor supporters will claim their guy hasn’t said anything as bad as Mayweather’s slur. And others will say this is all just publicity and none of it means a thing.

But the truth is, both these guys seems like pretty massive jerks, and the real tragedy is that they can’t both lose their fight.

I'm not rooting for Floyd or Conor. Only thing I'm rooting for is a roundhouse to the face that results in a 30 man melee.

Somehow, despite what seems like weeks of drama, this fight remains six weeks away. Who knows what awful, offensive things Mayweather and McGregor will say to each other before then. If we’re already at thinly veiled racism and homophobic slurs a month and a half out, there’s no telling how much worse things can get before August 26.

At this point we’re really excited for this fight because the sooner it happens the sooner it will be over and the sooner McGregor and Mayweather can shut up for a while.