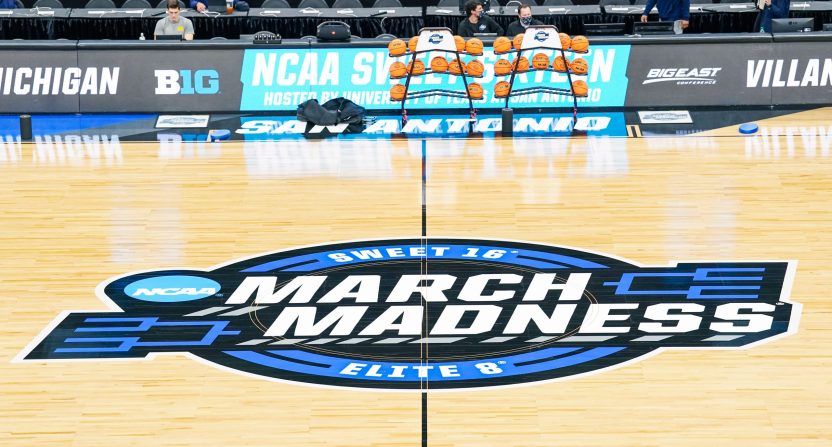 Should the NCAA Division I men’s basketball tournament expand from 68 teams? That’s the question that many college basketball fans have found themselves discussing for years. Now, it sounds like it might be closer to becoming a reality.

Thursday, CBS Sports college basketball insider Jon Rothstein reported that the Division 1 Transformation Committee “has had dialogue to expand the NCAA Tournament in all sports to include 25% of the programs who are eligible.”

Extrapolating that to March Madness means the field of teams could expand from 68 to as high as 88.

That said, Rothstein added that this expansion may not apply to the NCAA Tournament “because of its uniqueness.”

The committee meets later this month to discuss specifics and potentially enact this expansion. However, the potential of seeing the men’s basketball tournament, which was traditionally set at 64 teams for many years before expanding in 2011, has a lot of people around the college basketball world wondering what to make of another uptick in teams.

This is too much for even me, but … I kinda like that they're actually sort of trying to follow a vision?? Even if it's a wild one? https://t.co/wGlVmkWqa4

Tired: The NCAA has no role in modern college athletics beyond putting on tournaments.

Wired: The NCAA really sucks at putting on tournaments. https://t.co/ExSZ1W2lRi

This change needs to happen in Division III. Not Division I. https://t.co/WnPF97Sm8B

Only Satan would vote in favor of this. https://t.co/gnvsP7qZSO

Stranded on a deserted island, a writer & editor split up to look for fresh water. After hours of searching, the writer comes upon the editor peeing into a clean, perfect pool.
Writer: "What are you doing?"
Editor: "I'm making it better."
This committee is that editor. https://t.co/oe8KHB2whZ

Playoff and tournament expansion has been a major discussion point in recent years as the NCAA, conferences, and universities try to squeeze more money out of college athletics. We’ll see if the men’s and women’s basketball tournaments eventually expand as part of this push, but for now, at least, we’re looking at a 68-team field.