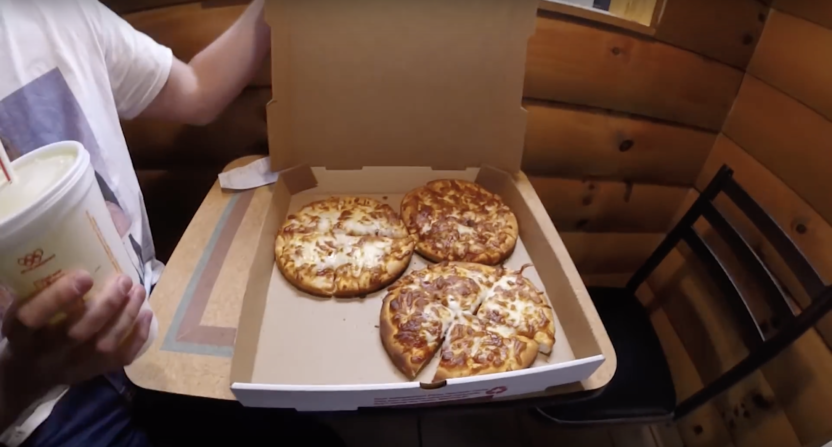 When you think of McDonald’s, you think of burgers, fries, and maybe a salad if you’re trying to convince yourself that eating a McDonald’s salad is healthy.

You don’t really think of pizza. And yet, there was a time when McDonald’s offered one. The McPizza was introduced in the 1980s as an exciting new offering meant to compete with the likes of Pizza Hut. A family-style pizza would be delivered to your table and you could almost convince yourself you were in a pizzeria (okay maybe not). Later, the McPizza was shrunk down to become a personal-sized pie. By 1991, you could find it in over 500 McDonald’s across the country. However, thanks in large part to the eleven-minute cooking time needed, they decided to discontinue the menu item in most McDonald’s by 2000.

The McPizza wasn’t completely dead, however. You could still find it so long as you were willing to travel to a handful of franchises, including one in Pomeroy, Ohio and one in Spencer, West Virginia. As of August 31, however, both ran out of their supplies and will no longer serve the niche menu item.

Supposedly the franchises were told to stop making the pizzas in order to make way for incoming table service and mobile kiosks that will streamline the overall McDonald’s menu. The parent company wouldn’t share data but did say the McPizza was a popular order in Pomeroy and dozens usually sold every day.

Most McDonald’s customers will move on to the next curio that the fast food giant offers up but for some, it’s an end of an era. Just ask Debbie Yeauger.

“We loved the McPizza because I don’t eat sandwiches, so that gave me something extra to eat.”

And before you say, hey Debbie, there are so many wonderful places you could eat where they have options besides sandwiches, we leave you with her follow-up quote that explains everything.