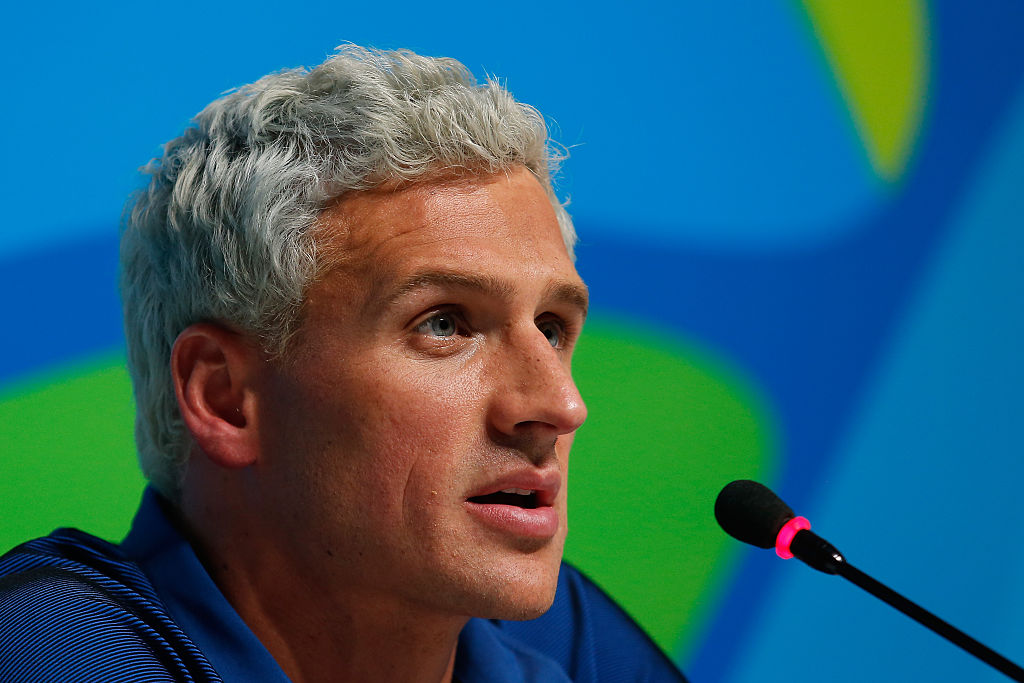 Ryan Lochte lying about being robbed at the Rio Olympics has turned into a full-fledged international incident. The swimmer/reality star/failed diplomat is far from the first prominent athlete to be caught in a lie. Our list of the biggest liars in sports history is filled with other superstars.

While Lochte’s lie may be the only one which has an effect on diplomatic relationships with another country, it’s far from the only one that has had an impact on the international sports scene.

Here’s our worldwide list of the biggest liars in sports. In no particular order, because let’s be honest, that’d be a pretty depressing list to try to rank.

The most recent entry into this hall of shame has dominated the headlines in the second week of the Olympics. In lying about his night of debauchery vandalizing a Brazilian gas station, he came up with not just a bad lie, but a dumb lie too. How in the world did he think that the truth would not come out with security cameras and witnesses everywhere?

Nobody’s ever going to confuse Lochte with being a member of MENSA, but gee whiz, at least he could have thought this out one step further ahead.

Te’o was a victim of a catfishing scheme, but he was definitely willing to play along with the myth of Lennay Kekua. At the Heisman Trophy ceremony in December 2012, Te’o talked about Kekua’s fictitious passing and the impact it had on his season in front of a nationwide audience. That was just one of multiple examples of carrying on the hoax thrown onto him.

Almonte was so dominant in the 2001 Little League World Series as a pitcher that he looked like a man among boys. Turns out that was actually the case. After the tournament, it was revealed that Almonte was two years over the Little League limit.  But at least he got to live the dream of average joes everywhere and crushed it in an athletic competition against kids half his size.

American sports fans might not know the name Ali Dia, but it’s one of the most infamous stories in world soccer. Dia was signed by Southampton in 1996 after someone claiming to be African legend George Weah called coach Graeme Souness. Dia claimed to be a Liberian international player who also played for PSG. In truth, Dia was a fraud who played one game with non-league Blyth Spartans.

Incredibly, Dia actually played in a Premier League game as a substitute against Leeds United. Unfortunately for him, that also meant that the ruse was up. Dia was so bad, he was taken off himself and was never seen from again in the Premier League.

Jones, who won three gold medals at the 2000 Sydney Olympics, saw them all stripped after it was revealed she was on PEDs. Jones didn’t just lie about taking PEDs, though. She did so to federal agents investigating BALCO. Oops. Jones’ lies earned her not just national disgrace, but six months in jail. Jones later reflected on it, saying “I really wish I wouldn’t have lied.” No kidding.

In 2008, Hart got to live every high school football player’s dream, holding a big pep rally to announce which college he would play football at with the whole school present. Hart put on a California hat to raucous cheers from the crowd. Hart’s announcement was news to California, who never recruited him. It turns out the high schooler made it up. He ended up actually playing football at Missouri Western State, which is at least a real school and not Hogwarts or something.

Baseball players lying about PED use gets its entire category here with the three names above being the most prominent examples and other superstar players being linked or rumored to have lied about their own PED use. Palmeiro infamously pointed his finger at Congress and professed his innocence before later being busted for steroids.

Rodriguez has lied so many times about using PEDs that it’s hard to keep count and his career has mercifully come to an end.

Braun’s case may be the most despicable of them all, as he tried to slander a drug tester as an anti-Semite before admitting to lying about his PED use.

The college football coach may have thought his lies would never catch up to him. After years of exaggerating his playing accomplishments at the University of New Hampshire and lying about a master’s degree at NYU without consequence, O’Leary’s chickens finally came home to roost… or something like that. And it just so happened to come when he accepted his dream job as head coach of Notre Dame. O’Leary was forced to resign just days after his hiring, ending one of the shortest coaching tenures in college football history. The coach ended up on his feet at UCF, but will probably always wonder what could have been with the Irish.

Spanish Paralympic Basketball – How low can you go?

One of the most unethical, stomach-churning lies in sports is one that you might have never heard about. In 2000, Spain won the gold medal at the Paralympics in Sydney in basketball for those who are mentally disabled. However, many of the Spanish players were not disabled in any way and faked the condition so they could easily win gold. The coach was alleged to instruct his team in one of the tournament games, “Lads, move down a gear or they’ll figure out you’re not disabled.” Thankfully, the fraudulent and despicable scheme was soon after revealed.

For years after his banishment from the game, Rose insisted that he never bet on baseball. Years. Baseball aficionados said that if Rose would just come clean, he would surely be let back in to the sport. Well, it turns out baseball people weren’t so forgiving when Rose finally did admit to betting on baseball in 2004, confessing that he lied to them and everyone for over a decade. Rose now covers baseball for Fox Sports as part-baseball legend and part-comedic relief, but his ban has not been lifted. At least Jim Gray can finally be vindicated… right?

Maybe we couldn’t rank this list from 13-1, but when it comes to the ultimate sports liar, Lance Armstrong will be the top answer to the survey for most sports fans. Armstrong’s lies just might sting and resonate the most, even to this day, because of how far his fall from grace truly was. It’s not an overstatement to say that Armstrong was a national hero — a cancer survivor who inspired thousands with his seven Tour de France victories and “Livestrong” message.

Armstrong did everything he possibly could to keep the truth about his top-secret PED program hidden and gave one strong denial after another to anyone who was on the case. But in 2013, Armstrong finally admitted that he had not only used PEDs, but had done so for all seven of his Tour de France victories.

Armstrong was exposed as not just a liar, but a pathological liar who conned America and anyone who ever believed in him. For his troubles, Armstrong is now embroiled in a $100 million lawsuit against the federal government for fraud on behalf of the US Postal Service, who once sponsored his team.