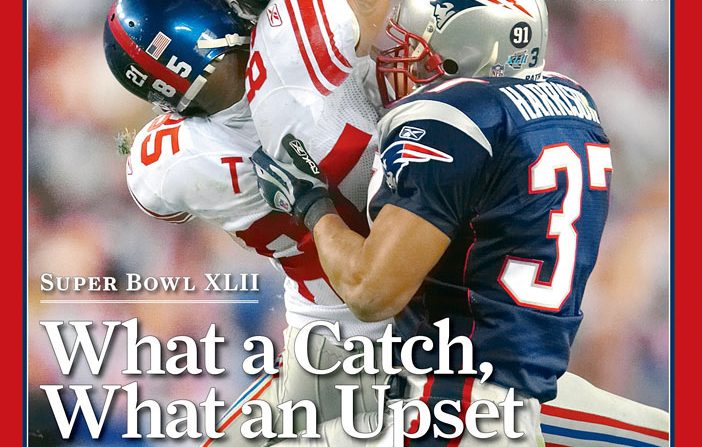 Everybody loves a good underdog story; that’s why ‘Rocky’ is still considered to be one of the best sporting movies of all time. There’s something romantic and poetic about seeing a team or individual who should have no chance whatsoever of defeating their opposition somehow pulling off the impossible, and shocking the world in the process. When it happens, it reminds us all of why we fell in love with sport in the first place – because on any given day, when the wind is fair, and the timing is right, anybody can beat anybody else.

The recent defeat of boxing world heavyweight champion Anthony Joshua by Andy Ruiz Jr got us thinking about the biggest sporting upsets we’d ever seen. That match doesn’t make the list – although we thought about out it – but the selections we’ve gone with are the ones which really hit the bookmakers in the pocket. Great sporting upsets are the ones which nobody would bet on, because nobody in their right mind thought they stood a chance of making a return on their money. They did, though – and that makes them not only the greatest upsets, but some of the very best sports stories of all time!

Mike Tyson was a boxer so universally feared and revered for his skill and brutality that he’s still regularly name-checked in the sport now. The phrase ‘Tyson in his prime would have knocked him out’ is regularly directed at the current big names in the heavyweight division, and many of Tyson’s late career defeats are put down to the fact that he was no longer in his prime. There’s no question about it – the pit bull of a fighter hit harder than any boxer anyone had seen before, and was the ultimate knockout artist.

That’s why it was a major shock – and in our eyes, a bigger shock than the Anthony Joshua defeat – when he was put to sleep by Buster Douglas. The odds against Douglas were approaching 50-1 in some places, and nobody was expecting anything more than the most routine of routine defenses for the champion. After putting Douglas on the canvas, Tyson was hit by a shot he never saw coming, and was unable to beat the count. Douglas took his world titles and cleared off into the night. Tyson eventually regained his crown, but he never looked quite so impervious ever again.

Roger Federer is the greatest tennis player who ever donned the whites and picked up a racket. All of the statistics prove it – he’s the most decorated player of all time, and has set countless records in the sport that will probably never be touched. Despite being in his late 30s he’s still playing now – and playing very well – but his prime years were the first decade of the 21st century, during which he seemed untouchable. Between 2003 and 2009, he won fourteen major tournaments. Within that total are five wins at the US Open, and an incredible six at Wimbledon, the most famous and prestigious tennis tournament in the world.

When the 2009 US Open came around, there was no doubt in anyone’s mind that Federer would win a sixth trophy. He made it effortlessly to the final – and was then stunningly beaten by 20-year-old Juan Martin del Potro, who dragged Federer to five sets and then stunned him 6-2 in the fifth to take the trophy. The Argentinean has never subsequently won another major. A shocked Federer only picked up two more majors in the following six years, although he’s since returned to form.

No, we don’t mean legendary professional wrestler Hulk Hogan, we mean 1950s golf phenomenon Ben Hogan, who was the Tiger Woods of his era. Hogan won everything in sight during his prime years, including for US Opens, and had a fifth in his sights when he came up against a virtual unknown in Jack Fleck I 1955. As this is a list of upsets, you already know what happened, but the circumstances were remarkable all the same.

The contest between the two was so close that they were forced to go through an 18 hole playoff at the event to determine a winner. Fleck didn’t just upset Hogan; he upset the whole tournament – after the first day, he was a massive nine strokes down, and yet came all the way back to win. Neither man would ever play like this again – Hogan never won another major, and Fleck only picked up two small PGA tour wins in all the subsequent years he played. It was a moment in history.

2007 should have been the perfect season for the New England Patriots. They were in impeccable form, they were playing like a team of legends, and Tom Brady was a maestro of the football field. The fact that Brady is still playing today is phenomenal; the laws of time simply don’t apply to him. Had he decided to give it all up after the Patriots’ heartbreaking defeat to the New York Giants at the 2007 Superbowl, though, we’d have understood completely. It was shocking.

Even people who know nothing about football remember this game for the incredible catch by David Tyree, which was replayed endlessly on sports shows all over the world. The catch did more than just look good – it was a pivotal moment from which the Giants took over, and pressed on to take the game 17-14. They were considered to be a team of chancers and journeymen. The Patriots were favorites before the game by 12 points. This was supposed to be their perfect season, and it shouldn’t have happened. Somehow, it did. 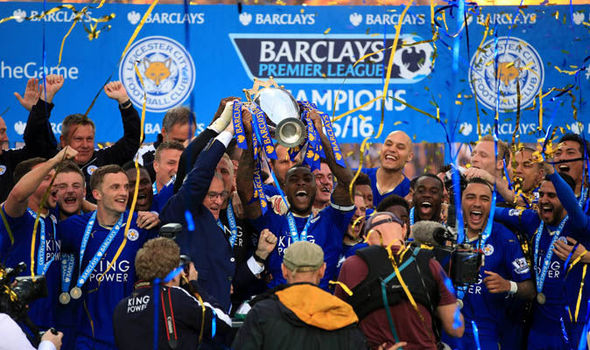 It doesn’t matter whether you follow or understand soccer or not – any sports fan anywhere in the world can follow this story. When Leicester City won the English Premier League in 2016, it was the single most astonishing sporting upset in history. Before the season started, many bookmakers had them listed as 5000-1. There are only 20 teams in the division. Leicester wasn’t supposed to win; they were supposed to finish dead last.  Even then, no mobile slots jackpot in the world could offer the kind of payouts Leicester fans who’d (jokingly) backed their team received. Winning a 5000-1 bet is more like owning a casino than playing in one, and any slot game offering odds like this would be written off by players as being too unrealistic.

The previous season, Leicester City had avoided being relegated from the division by the skin of their teeth. In the summer, their coach was fired because of an off-field scandal. The almost-retired Italian coach Claudio Ranieri was brought in to replace him, and everyone wrote Leicester off. Leicester was a team with a player up front who’d been working part-time in a factory a few years earlier in Jamie Vardy. In star midfielder Riyad Mahrez, they had a player who’d cost them less than a million pounds. At the other end of the table, Manchester City, Liverpool, Chelsea, and Manchester United were spending hundreds of millions of pounds on star players. Impossibly, Leicester beat them all, with a stunning string of wins across winter and spring that ultimately the bigger sides weren’t able to claw back. Leicester City won the Premier League. The bookmakers were left in tears.