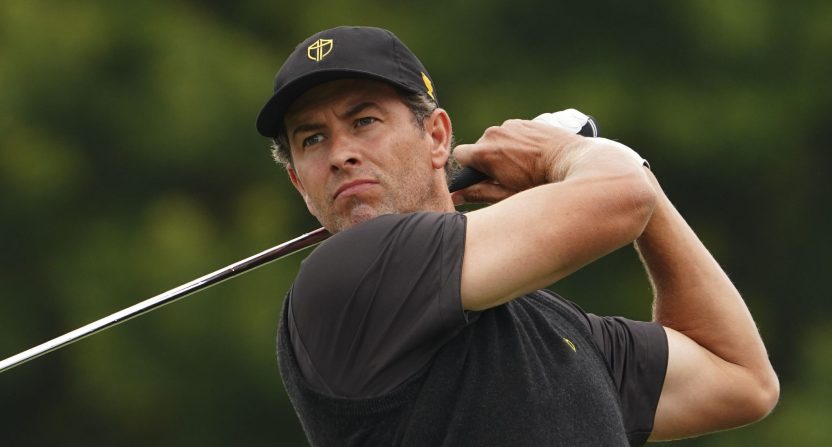 The battle between the PGA Tour and Saudi-backed LIV Golf league has gotten contentious and heated at times in recent months, even extending to the courtroom after LIV joined a lawsuit against the Tour. While some players are taking strong stances in the battle, PGA Tour golfer Adam Scott isn’t one of them.

During a conference call on Friday, Scott revealed that he holds no animosity towards LIV Golf or anybody involved with the league, including CEO Greg Norman, who is his longtime mentor.

“This is something he [Norman] truly believes in and I don’t begrudge him for going for it one bit at all,” Smith said, according to ESPN. “Sure, it’s rocked the orders of golf, which has never really happened in this way before. But I’m optimistic that people’s [intentions] are still good, and therefore we will come to a better place.”

As for the players, Scott understands their decision to join the league.

“I completely understand anyone doing it,” Scott said of players who’ve joined LIV. “They’ve been offered an opportunity and it suits them. All power to them. I really want it to work out for them.”

While Scott’s opinion of LIV is far more positive than that of others on the tour, he’s not intentionally trying to be a mediator.

“I’m not trying to play a peacemaker,” Scott said. “Maybe because I’m a little less emotive about it, I can be a voice of reason for one side or the other. I don’t necessarily see LIV as pure evil for the game of golf. Hopefully, we can get beyond everyone having shots at each other, and each organization can move on.”

Still, despite having no ill-will, Scott made it clear that he still has no intention of joining LIV Golf.