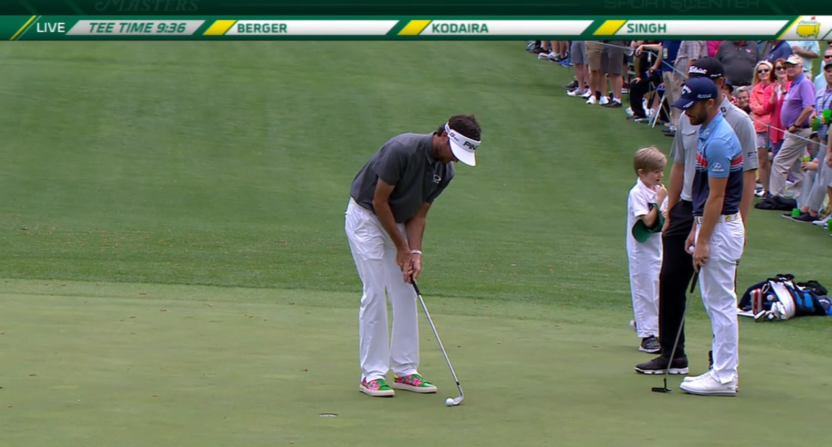 The Masters starts tomorrow, which means the annual Par 3 contest is ongoing. It’s been home to plenty of highlights so far, with GT Nicklaus (Jack’s grandson) acing the 9th hole and Tom Watson winning it despite having retired from Masters competition a few years back.

There’s also been a lowlight, when Masters rookie Tony Finau severely rolled his ankle celebrating his own ace.

But before all of that, there was two-time Masters champion Bubba Watson’s ridiculous trick shot. It’s hard to even set it up, but suffice to say, he took what should have been a tap-in putt and did something very different:

Bubba has a real shot to win this week, which would be yet another stop in his road back to the top of the game. But no matter what happens in competition, he’ll always have this memory.