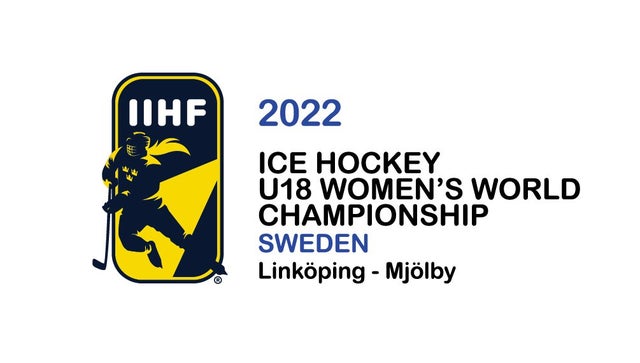 The sports world is facing numerous challenges around the spread of the COVID-19 Omicron variant, leading to cancellations, postponements, and players withdrawing from tournaments. One particular cancellation Friday drew a lot of fire; that would be the International Ice Hockey Federation’s decision to cancel all of their tournaments starting in January, most notably including the women’s U18 world championships in Sweden (but also lower levels of that event, and lower levels of the men’s U20 world championships), but proceed with the men’s U20 world championships (which officially begin on Dec. 26 in Edmonton and Red Deer, Alberta, Canada). And that release offered a very suspect rationale for not rescheduling the women’s event, saying “Due to league commitments within Sweden during possible postponement dates, it was determined that it will not be possible to move the women’s U18s to a later date.”

The IIHF has prioritized & held top division men’s events during the pandemic but the top division women’s events – cancelled – again. UNACCEPTABLE. Figure out how to safely play the U18 Worlds this season, just like the U18 men & #WorldJuniors. These players DESERVE to play too. https://t.co/QhDwaPdM4r

This is beyond disappointing. The IIHF has continually prioritized top men’s events during the pandemic but the u18 women’s event is cancelled – AGAIN. The u18 women’s tournament must be safely played the this season, just like the U18 men & #WorldJuniors. They deserve it. https://t.co/i3YdlP2wRC

Why is it automatically a cancellation? We understand the concerns regarding health and safety but why is a postponement not considered for these women as the men’s tournaments continue without hesitation? #equalityinsport @IIHFHockey https://t.co/tECdbwHmxT

Hey @IIHFHockey can we talk about re-scheduling the women’s u18 tournament?

It is unacceptable for @IIHFHockey to cancel the 2022 U18 Women’s World Championships for 2nd straight year, while keeping the men’s events scheduled.

This continues to widen the gender gap between women’s & men’s sports.

You're cancelling the Edmonton event, too, right?

Equality, and all, being so vital for your game and its mission, right?

You wouldn't be a governing body of global sport that openly shows preferential treatment for males over females, right?

The IIHF cancelling the women's U18 tournament for the second straight year while the WJC is literally playing pre-tournament games (and one was cancelled due to a positive test) is shameful.

Pretty embarrassing stuff from IIHF canceling the women’s tournament two years in a row but making sure the mens tournament goes off. Pathetic stuff from a weak and meek organization

The IIHF wound up looking worse still from their back-to-back tweets, one announcing the axing of the women’s event (and the lower-division men’s and women’s events) and the next trying to promote their coverage of the men’s world juniors on Clubhouse:

Due to ongoing concerns regarding the spread of the Omicron variant, The IIHF Council has made the difficult decision to cancel all tournaments scheduled for January 2022.

Hello out there, we're on the air, it's #WorldJuniors today 📻 📲

The Official IIHF podcast is back, but in a new format! Find us from 26 Dec – 5 Jan #LIVE on @Clubhouse! Follow us at iihfhockey to listen live with players, analysts and insiders. pic.twitter.com/pF62TJBZyp

Yeah, that second tweet did not go over well:

How can you promote your tournaments on this post when the last post you just canceled tournaments? Make the IIHF equal for everyone.

cancel all the women but keep this? covid gonna wreck it and your organization will deserve that

Why cancel the girls? Absolutely pathetic

You need to reschedule the womens u18 worlds. We won’t stop until a new tournament is announced.

There are two different, but linked, issues here. One is proceeding with the men’s world juniors despite the Omicron spread, and there are arguments for and against that, with the for case involving that the teams are already there (and, more cynically, that this tournament makes the IIHF a lot of money) and the against case arguing against proceeding at all given how this disease is spreading (and with a plan to still have fans in the buildings, albeit currently at 50 percent capacity).  But maybe the bigger issue still is how that stands in contrast to the women’s event just being canceled, without any real justification for not rescheduling it (“league commitments” is not a compelling argument, and certainly not one the IIHF ever pays attention to on the men’s side).

If the IIHF had gone ahead with the men’s world juniors and postponed the women’s, that might have been somewhat defensible. The women’s event wasn’t scheduled to start until January 8, so teams haven’t yet travelled for it. Pushing it a month or two later when there are hopefully less health risks would probably have been largely accepted. But just tossing off a second-straight cancellation with no justification for the marquee women’s world juniors while allowing the marquee men’s world juniors to proceed for the second-straight year is an awful look for an organization overseeing both men’s and women’s hockey, and it’s understandable why it took the criticism it has.