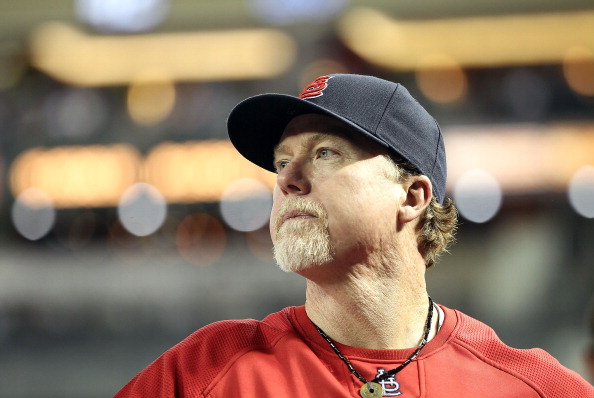 Every year, on the day the Baseball Hall of Fame class is announced, there are two groups that come out of hibernation. We all fall, every one of us, into one of these categories; those who celebrate the players inducted, and those who lament the exclusion of those most closely connected to the bygone and yet still totally continuing and never-ending Steroid Era in baseball.

This year, however, may be different.

First, Ken Griffey Jr. is getting into the Hall on the first ballot, and the only suspense for The Kid’s induction will be to see how many misguided voters decided not to put him on their ballots. Griffey is what the Hall of Fame should be all about for this generation—a transcendent athlete of his time, not just in baseball but in all American sports. The best of the best, worthy of Hall of Fame inclusion and everlasting adulation.

And then there’s the group that won’t get in. Sure, there’s good reason to believe that Mike Piazza and Jeff Bagwell will get into the Hall as well this year, and Tim Raines, on his ninth ballot, has as good a shot as he’s ever had, but the list that follows those four is full of similarly transcendent players to Griffey, yet names that surely won’t be announced in the same Hall of Fame class in 2016.

Until they get inducted, because at some point they will get inducted, the Hall of Fame announcement will always be about Roger Clemens and Barry Bonds.

Wednesday’s announcement will rightly be mostly about Griffey and, to a lesser extent, the other players who make the 75-percent vote threshold by the Baseball Writers Association of America. And yet, in their exclusion—for what will be the fourth year—there is that group of us who won’t let Wednesday go without noting that Clemens and Bonds are annually punished less for their own cheating and more for being the best ever at their craft in an era where everyone was cheating.

And yes, everyone was cheating. Sure, not everyone was rubbing cream and clear on themselves or having sketchy clubhouse staffers shoot needles in their butts and save them in soda cans just in case the government ever came crashing through the door, but the number of players doing something—from steroids and other PEDs to amphetamines to Adderall to androstendione—was and is so widespread that some Hall of Fame voters refuse to include anyone from this era, unsure of who was using and who wasn’t.

And he probably should, and so should Bagwell and Piazza and Bonds and Clemens and, of course, Griffey. The Hall of Fame won’t be complete without them.

So what about Mark McGwire?

McGwire, more than Bonds or Clemens, has historically been the player (along with Sammy Sosa) most tethered to the Steroid Era debate.

There is no debate about the greatness of Bonds and Clemens and their exclusion from the Hall of Fame says more about the people holding the keys than the two all-time greats. But McGwire is the hard one. McGwire is the guy whose legacy may have only come because of the drugs he took.

McGwire is in his 10th and final year on the Hall of Fame ballot this year. Wednesday’s vote announcement is his last chance to get to Cooperstown before shuttering off to the veterans committee vote.

If there was ever a true end to the Steroid Era, maybe it’s today.

In ten years, there were 73 people whose job it is to chronicle the history of baseball—give or take some lost ballots and flip-floppers—who went from thinking McGwire was a Hall of Famer to thinking he is not.

Today, finally, he is not.

McGwire’s credentials hover the borderline, but without the steroid connection, it’s hard to think more people of this generation could reasonably suggest someone like Raines or, hell, even Bagwell, did more for the game than McGwire. He had a WAR of 62.0 in his career, yes just half a win better than Jack Glasscock, but just two tenths of a win lower than Shoeless Joe Jackson! Wait.

McGwire’s offensive WAR ranks 75th all time, just shy of Johnny Bench and, yes, Mike Piazza. His career OPS—hardly a Hall of Fame indicator on its own, but certainly a valued stat for hitters of this era—was .9823, ninth all time behind Ruth, Williams, Gehrig, Bonds, Foxx, Greenberg, Hornsby and Ramirez.

Ah, yes, Manny Ramirez, another guy we’ll be having the same conversation about soon.

McGwire has a better career OPS and more career home runs than Frank Thomas or Eddie Murray. He was a 12-time All-Star and won the 1987 Rookie of the Year award, neither of which make him a lock for the Hall of Fame—voted on awards justifying voted on awards is always a strange way to classify greatness—but there is a case to be made that McGwire, more than any other player in history, was a victim of bad timing. Five years earlier or perhaps five years later and this might be a very different conversation today. Unlike Bonds and Clemens, who’s numbers were so gaudy they are impossible to ignore, McGwire’s career cannot be judged solely on its merits, and never will be, because of how those merits came to be.

Plus, yes, he was a liar and, in baseball terms, a cheating scoundrel.

This isn’t really a plea for McGwire’s inclusion into the Hall of Fame. Or Bonds. Or Clemens or any number of players who haven’t gotten in or won’t because of their connection to performance-enhancing drugs. Their collective place in history is indelible.

Like Pete Rose, the Steroid Era’s best being excluded from the Hall of Fame has only served to make them more famous, and have people (yes, like this) write about them every year they don’t get in.

Can you tell me off the top of your head the last ten players to get into the Hall of Fame? Did you remember to count Bert Blyleven, who got in on the 14th ballot in 2011?

The Hall of Fame is an honor for baseball men who had great careers in the eyes of its gatekeepers. It is not the only way we remember the game, and it is no longer, not in this Steroid Era of voting, the way we chronicle the achievements of this generation’s best.

Wednesday we honor Ken Griffey Jr. for his career because he deserves to be in, and because those voting are convinced he played the right way. In a few years we can have the same conversation we have about Bonds and Clemens about Ramirez and, eventually, Alex Rodriguez and a host of other all-time greats who will or won’t get in based on who is holding the keys to the Hall at the time and how they feel about this era.

For today, we know this: Mark McGwire is not a Hall of Famer, and this is the last year we can truly have the debate of whether or not he should be. It may not be the end of the Steroid Era, but it feels like an important moment, nonetheless.

"Keep your seatbelt on, because they're not done."

"We intend to end our membership in the Pac-12 conference when the Pac-12's current media rights agreement expires in August 2024."

"Kyrie Irving is telling everybody he plans on going to LA meaning the Lakers, as soon as he possibly can."

Jay Cutler believes Justin Fields has "all the tools," but he's concerned about Fields overcoming "the same problem the Bears have had for a long time."

Along with his supermax deal, Booker is also the cover athlete for 2K23.

"Keep your seatbelt on, because they're not done."

"We intend to end our membership in the Pac-12 conference when the Pac-12's current media rights agreement expires in August 2024."

"Kyrie Irving is telling everybody he plans on going to LA meaning the Lakers, as soon as he possibly can."

Jay Cutler believes Justin Fields has "all the tools," but he's concerned about Fields overcoming "the same problem the Bears have had for a long time."

Along with his supermax deal, Booker is also the cover athlete for 2K23.