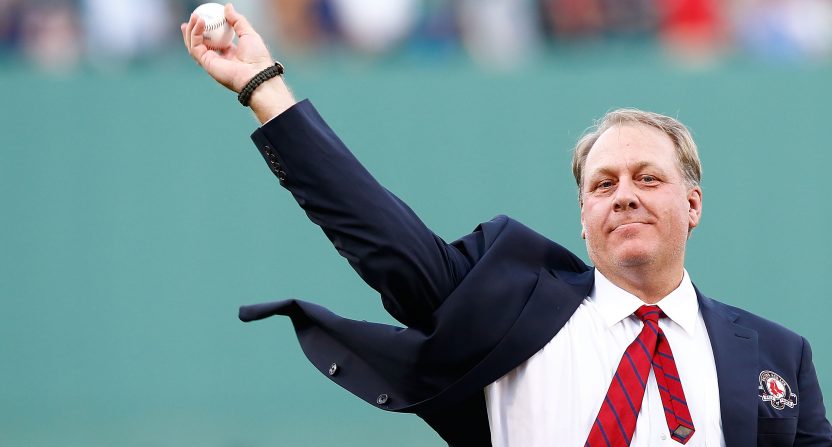 Former Red Sox pitcher and current racist uncle of baseball Curt Schilling has some bad takes. He loves to share racist memes to Facebook and got fired by ESPN for posting a nonsensical anti-trans meme.

Unsurprisingly, Schilling also thinks that Adam Jones was lying about being called a racial slur at Fenway Park. Why? Lots of nonsense.

“I don’t believe the story, given the world we live in,” Schilling said on his webcast. “I don’t believe it, for this reason: Everybody is starving and hungry to sit in front of a camera and talk and be social justice warriors. And if a fan yelled loud enough in center field for Adam Jones to hear the N-word, I guarantee you we would’ve heard and seen fans around on CNN on MSNBC, they would’ve found multiple fans to talk about what a racist piece of junk Boston is.

So who is lying? https://t.co/9OkKnzAGoy

The Red Sox have acknowledged that the word was said. The next day, another fan was banned for saying a racial slur and banned him for life. Other players have said they’ve also been called racial slurs at Fenway.

However, Schilling doesn’t believe it, because he, a white man, never heard it, and neither did every fan there. This is the same guy who thinks that the old, white people who vote for the Hall of Fame won’t vote him in because he’s a Republican.

Schilling wasn’t done there, though, as transcribed by the New York Daily News.

“I spent most of my adult life in baseball parks. I heard the N-word out of my black teammates’ mouths about 100 million times,” Schilling continued. “For somebody to talk loud enough for Adam Jones to hear the N-word in center field, other people would have heard it.

“If somebody did say it, we’re going to see it and hear about it, and I would apologize to Adam Jones for doubting him, but until then, I think this is bulls–t. I think this is somebody creating a situation.”

Schilling then cited several examples on the air, such as the Duke lacrosse case, of what he termed “the list of multiple hundreds of fake racist hoaxes perpetrated by black people, on black people, to make white people look racist.”