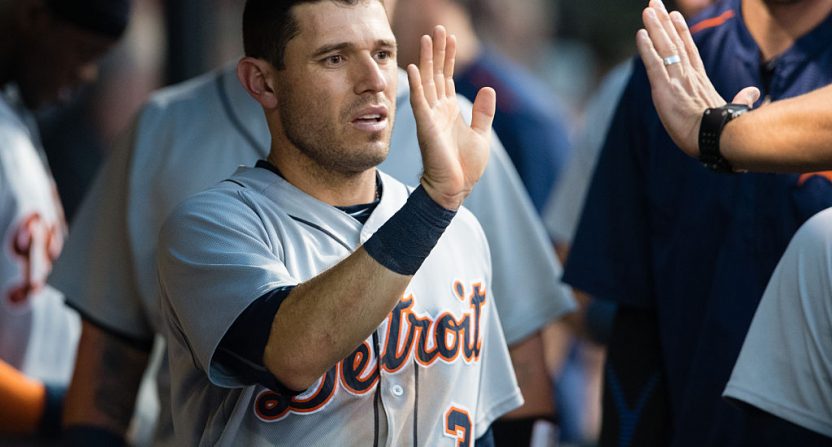 The USA will play Puerto Rico in the championship game of the World Baseball Classic on Wednesday night. It’s been awesome seeing the American team finally put together some wins and live up to their potential, especially in thrilling elimination games over the last week against the Dominican Republic and Japan.

So naturally, instead of talking about pride and passion, a member of Team USA is not-so-subtly criticizing the exuberant play of the Latin teams, specifically the 2013 champion Dominican Republic and the USA’s opponent on Wednesday, Puerto Rico.

“I hope kids watching the W.B.C. can watch the way we play the game and appreciate the way we play the game as opposed to the way Puerto Rico plays or the Dominican plays,” Kinsler said. “That’s not taking anything away from them. That just wasn’t the way we were raised. They were raised differently and to show emotion and passion when you play. We do show emotion; we do show passion. But we just do it in a different way.”

One of the reasons the WBC has been so awesome this year has been the emotion shown by the teams involved, specifically the Latin teams like the Dominican Republic, Colombia, Mexico, Puerto Rico, and Venezuela. The fans of those countries have also shown emotion, creating an in-stadium atmosphere unlike anything we see in Major League Baseball.

The two highlights of the tournament for the US have arguably been Giancarlo Stanton’s mammoth homer and Adam Jones’ home run robbing catch on Saturday night, both of which resulted in not so subdued celebrations from the players and the crowd. It’s, at the very least, an inaccurate criticism from Kinsler.

There is absolutely nothing wrong with players showing personality and emotion during a baseball game. It’s like the old bat flipping argument we’ve been hearing time and time again – if you don’t want to see it, don’t put yourself into a position where you’re getting celebrated against.

It’s alright, Ian. If the USA wins tonight, feel free to join the dogpile. No one is going to criticize you after the fact. Just don’t get pissed off if Puerto Rico wins and does the same thing.