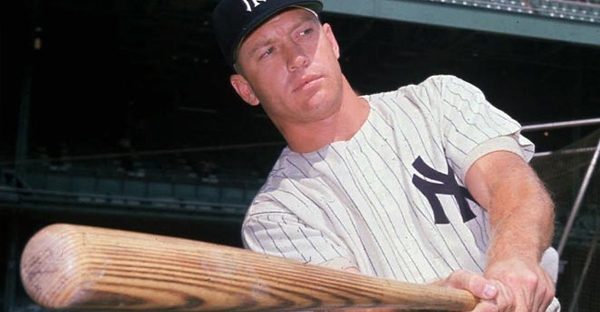 Many serious Yankees and Mantle fans have been aware for years of a strange-but-true document detailing a sexual escapade the slugger had at the stadium. On the 50th anniversary of the old stadium in 1973, then-Yankees executive Bob Fishel gave past and present Yankees players a questionnaire. It asked for players to detail “my most outstanding experience at Yankee Stadium.”

Mantle provided details — did he ever. The outfielder wrote, ““I got a b–w job under the right field bleachers by the Yankee bullpen.”

In 1972, the Yankees asked former players for their most outstanding experience at Yankee Stadium.

Mickey Mantle’s response was so lewd and graphic it could never be printed.

The original is up for auction for the first time at @Lelandsdotcom. pic.twitter.com/ZL1BiLegUu

As of Tuesday night, there were already 36 bids in the auction, which runs another 17-plus days.

Really, should we be surprised that Mantle, a magnet for women during his career, did something like this at the ballpark? Recall a few years ago, New York Mets outfielder Darryl Strawberry revealed he used to have sex in the clubhouse during games.