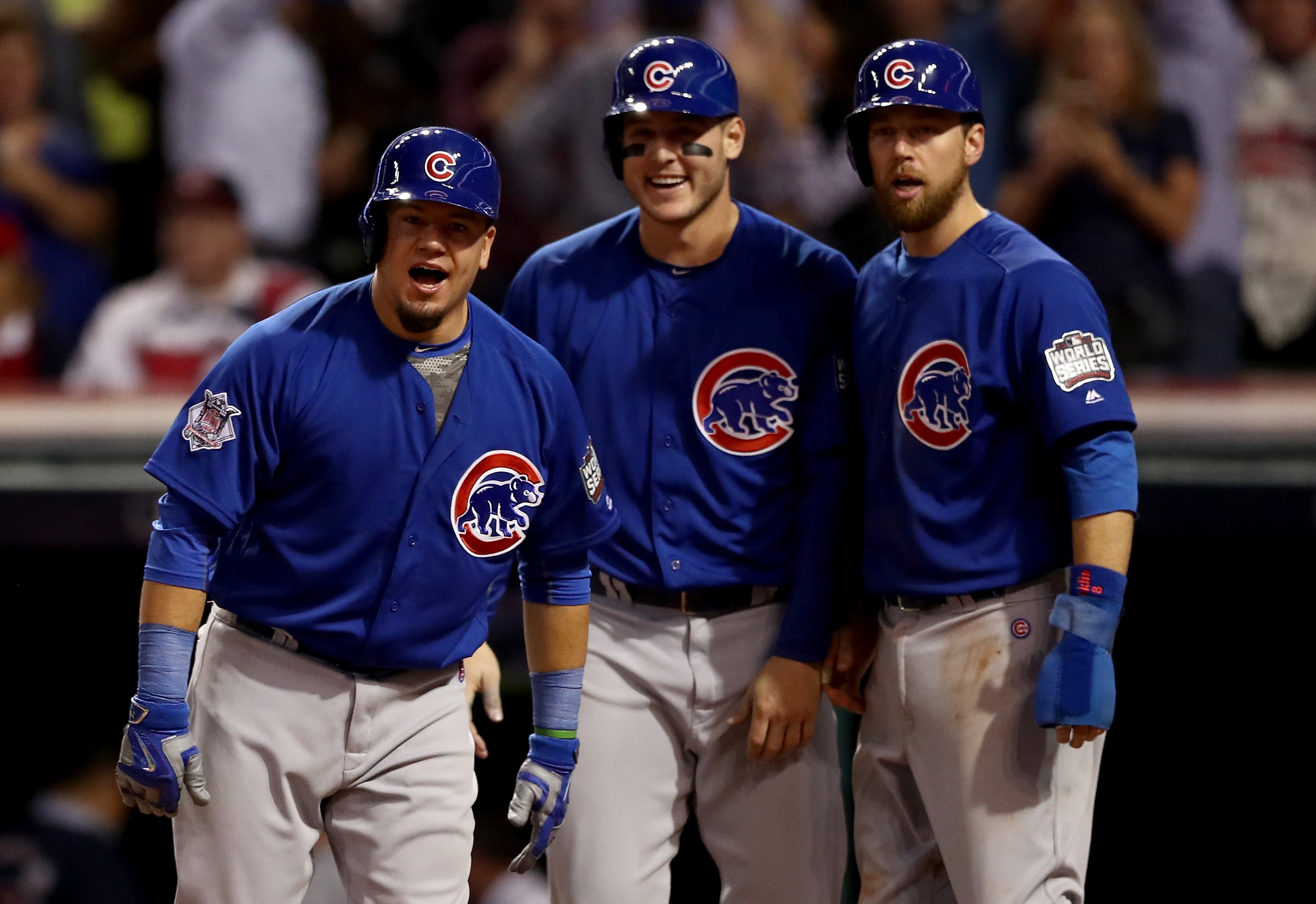 I’m just going to start out using the first-person, because even though I’m going to touch on both teams as I preview Wednesday’s deciding World Series Game 7, I can’t possibly separate my own rooting interests entirely.

As that’s not possible, it’d be dumb for me to pretend that it is, so I’ll just say it:

We’ll circle back to me at the end, but first let’s talk a bit about how this series got to a seventh game, and the shape both teams are in heading into Wednesday night.

However, before the series began, Cleveland’s most realistic path to victory was always going to be riding Corey Kluber to three wins in three starts, and hoping to win one of the four games started by either Trevor Bauer or Josh Tomlin. They still have a chance to make that happen. Beyond that, the Indians will have a rested Andrew Miller, and a rested Cody Allen, which means that even if asking Kluber to pitch his third game in nine days proves damaging to his effectiveness, they’ll have plenty of high-quality relief options at the ready.

That’s been the formula for Kluber’s starts in the postseason, and it stands to reason that if needed, Miller could be pushed beyond his already demonstrated versatility. Miller might be in at the first sign of shakiness from Kluber, regardless of inning.

The Cubs, meanwhile, would have liked to win the non-Kluber games and have the World Series wrapped up by now. But considering they were down 3-1 after Saturday, they’re obviously thrilled to have this opportunity.

Kyle Hendricks will be on the mound, he of the NLCS-clinching heroics, and the very good World Series Game 3 performance, and the best ERA among MLB starters in 2016. Jon Lester will be available out of the pen, and he had the second-best ERA among starting pitchers in 2016. John Lackey is also theoretically available, and even Jake Arrieta indicated he’s good to get some outs if necessary.

Why did Joe Maddon bring in Aroldis Chapman tonight?

That could prove important, as Twitter lit up late in Game 6 when Aroldis Chapman entered the game in the seventh inning. The Cubs led 7-2, but there were two men on base, meaning the leverage was fairly high. Chapman managed to get out of it, beating Francisco Lindor to the bag on a crazy play at first base. He then stayed in and pitched the eighth, again protecting a five-run lead. Anthony Rizzo lasered a home run to right in the top of the ninth, plating two and extending the lead to seven.

Yet Chapman started the ninth, walking a man before being removed for Pedro Strop, who got two outs before yielding to Travis Wood, who got the final out. At first glance, that sounds like a lot of use for Chapman considering the impending game the next night. But at 20 pitches, he was hardly overworked. He probably shouldn’t have been starting the ninth, but at that point, if Chapman was going to hurt his Game 7 effectiveness, it had likely happened already.

Regardless, despite the likely conversation on Wednesday centering around the relative levels of rest in each bullpen, the readiness of each starter, and whatever lineup decisions each manager decides upon, the fact is that it’s essentially a toss-up Game 7 for the World Series.

Think about that. It’s fantastic.

For neutral fans, it’s all you can really hope for: a game of baseball with stakes this high is some incredibly tense stuff. Now, it’s probably going to take forever. That’s how the sport goes right now, at least the postseason version of the sport. The broadcast will do a massive number for FOX. And at the end of the night, one team will win a championship they’ve waited a long time to win, while the other will have another heartbreaking moment added to their timeline of heartbreaking moments. (This time with extra heartbreak.)

I wrote in my series preview that there are certain moments where the conventional, preordained, fabricated narratives and the actual, on-field, organic narratives can sometimes line up, and how those moments are awesome. This is one of those times. And it is indeed awesome.

Of course, as mentioned, I’m not a neutral fan. I’m a Cubs fan. Whether it’s smart to tether any of my emotional well-being to a sports franchise is a debate for another time. But I can tell you that I have no idea what it’s going to be like watching tonight. I’ve not led a tortured existence by any means, but none of the teams I cheer for has ever won a championship in my lifetime, which leaves me with an unanswered question:

What does it feel like if you spent the year consciously trying to absorb as much of this particular season as time and circumstances allowed, because you thought something special might happen? And if it did, you wanted to remember as much of it as possible for as long as possible?

What does it feel like if you get to watch it happen with your die-hard fan parents, who have been waiting longer than you’ve been alive for an answer to the same question?

What does it feel like to watch it with your younger brother, who grew up sharing your own passions?

To watch it while texting or talking to your friends? While tweeting to and with your virtual community of friends, with whom you’ve experienced the ups and downs of an entire franchise rebuild?

I don’t know. I’m sure it feels different for everyone, and I have no idea what it would feel like for me. In a few hours, I might know.

No offense to anyone on the other side of this. I hope it’s a fantastic game. But I really want to know.