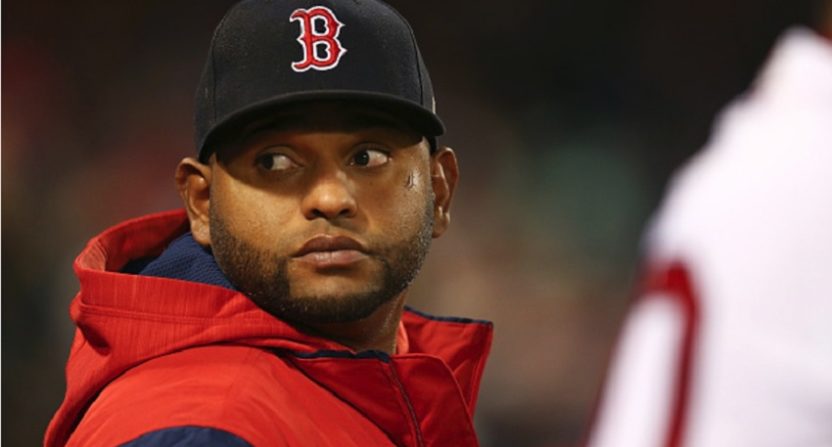 Halfway through a five-year contract that he signed with the Boston Red Sox, there will be no redemption for Pablo Sandoval. He’s not going to be remembered as a lovable Kung Fu Panda in Boston. His place is assured as one of the biggest free agent busts in major league history.

Sandoval signed that five-year deal worth $95 million coming off a 2014 season with the San Francisco Giants that wasn’t his best, batting .279/.324/.415 with 26 doubles, 16 home runs and 73 RBI, while ranking among the top five National League third basemen in WAR. But he was a postseason star for the Giants, hitting .429 and helping San Francisco to a World Series title, the third during Sandoval’s tenure with the team.

Plus, Sandoval was only 27 years old at the time. Ideally, he still had some prime years left and would surely be an upgrade over the likes of Will Middlebrooks, Gavin Cecchini and Kelly Johnson that the Red Sox had suffered through the prior season. Panda and Big Papi on the same team promised to be provide baseball fans with a whole lot of fun for the next few seasons.

To recap: Pablo Sandoval is due ~ $49.5M, which represents 2nd most dead money on a contract in @MLB history, after Josh Hamilton.

Based on the conventional assumption that one WAR is worth ~$8 million, Pablo Sandoval has been worth about -$20.8 million to the Red Sox.

Worth the money? Not even close. Sandoval was stealing money from the Red Sox, providing a negative return on a nearly $100 million investment. In three seasons with Boston — totaling 161 games, akin to a full season — he batted .237/.286/.360 with 14 home runs and 59 RBI, while compiling a -2.6 WAR. Less than replacement value. The Red Sox are literally better with someone else besides Sandoval in the lineup. (According to WEEI’s John Tomase, Boston was 69-81 with Sandoval, 221-192 without him.)

A key thing to remember is that Boston wasn’t the only team willing to pay big for the Panda. The Red Sox didn’t make a big reach for Sandoval. As a third baseman with face of the franchise potential, he was a man in demand on the free agent market. The Giants wanted to keep him, offering him a reported five-year, $85 million deal before the 2014 season, but he turned it down. There were rumblings that the team might be willing to go to $100 million.

But Sandoval always seemed interested in going elsewhere, getting away from the bad memories of battling management over his weight issues. The San Diego Padres reportedly offered him an even bigger contract than the one he eventually signed with Boston. (As a Tigers fan, I was hoping Mike Ilitch would swoop in and sign him, as he often did with big-ticket free agents.) Whether it mattered or not, the Red Sox were in a better position to win than the Padres, and moving all the way across the country may have provided the career reset he was seeking.

However, it’s often hard to overcome a bad first impression. Sandoval was never going to look classically lean and fit, but when he showed up to spring training with a pudgy midsection, the worst fears of Red Sox fans were seemingly confirmed. Never mind that a loose t-shirt has made other baseball players like Chipper Jones and Derek Jeter look paunchy at certain angles when that was nothing close to the truth. Regardless of whether or not Sandoval showed he could still play a nimble third base and hit well while looking overweight, he had to dispel the perception about him after signing a big contract and failed to do so.

His performance that first season in Boston did little to hush any concerns, batting .245 with a .658 OPS. OK, that was an improvement over Middlebrooks the year before, but the Red Sox were hoping for a bit more. Actually, a lot more. It was even worse for Sandoval the following season. Manager John Farrell wanted to show that performance, not contracts would win spots in the lineup. So despite his big contract, Sandoval lost the starting third base job to Travis Shaw. Eventually, a shoulder injury that required surgery limited him to three games during the 2016 season.

This year was supposed to be the one in which Sandoval redeemed himself. David Ortiz was gone, so someone needed to fill his ebuillent leadership role in the clubhouse and on the field. Shaw had been traded to the Brewers. Third base was once again his. The Red Sox looked like a World Series favorite after trading for Chris Sale. Everything seemed ready to fall into place.

But once again, Sandoval just couldn’t follow through. He suffered a sprained knee early in the season, then later developed an inner ear infection. The perception continued that Sandoval was too willing to sit down, rather than fight to get into the lineup. Yet even when he did play, Sandoval wasn’t effective. In 108 plate appearances this season, he batted .212 with a .622 OPS. The Red Sox could get that production (or lack of it) from Deven Marrero. Rookie Tzu-Wei Lin is currently providing much more at third base, batting .333 with an .871 OPS. Brock Holt may eventually be a part of that mix, along with Rafael Devers. Perhaps a trade for someone like Chicago White Sox third baseman Todd Frazier will be explored.

What’s clear is that the Red Sox have moved on from Sandoval. He’s been designated for assignment and it’s difficult to see him deciding to stay in the organization once he clears waivers. The proverbial change of scenery is absolutely needed, but the question is whether a team will be willing to provide one. Maybe he’ll return to the Giants. The Padres could decide they’ll pursue him again at a much lower price. Wherever he ends up, if he decides to stay in baseball, Sandoval is severely diminished. And he’ll virtually have “bust” written on the front of his jersey no matter which uniform he wears next.