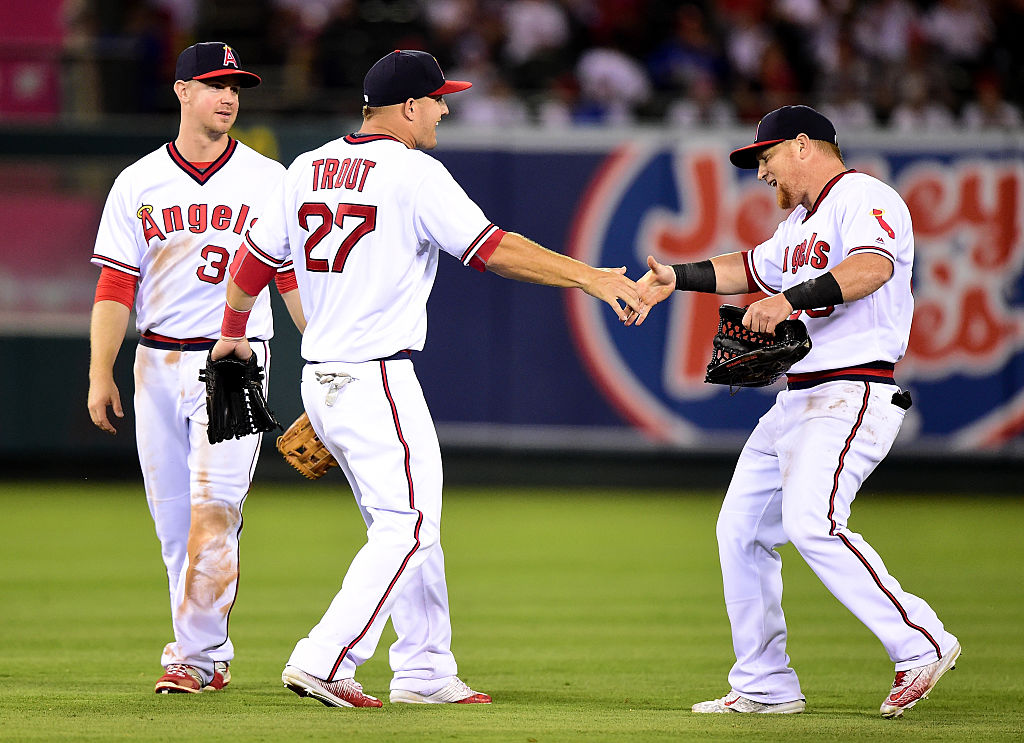 A loss on Thursday night against Toronto following a sweep from Seattle has ended another disappointing season for the Angels. Despite having the best position player in baseball and about the most surefire Hall of Famer still playing, they managed just a 63-83 record to this point, last in the AL West.

The current four game losing streak is one of seven for the season (including one of 11 games), so there was little surprise that this was coming. Few predicted the Angels to do much prior to the season, with Houston and Texas getting most of the attention. The vast disparity in talent with too few above average (or even league average) players lead to their demise for the second straight season.

Preseason Prediction: I’m honestly worried that worst-case scenario is pretty close to a realistic one. Even if total disaster doesn’t strike, this Angels team needs so many things to go right for it to remain in the playoff hunt. Right now, I think the Astros and Rangers are clearly better teams. A division title seems unlikely at this point and the AL Wild Card race could be the most heated contest baseball has seen in years. I don’t feel like it’s impossible for the Angels to sneak into a playoff spot. But I’d stack the odds 60/40 or 55/45 against. And that might very well be generous. Again, I’m just so, so sorry Angels fans. (Derek Harvey, March 1st)

What Went Right: Mike Trout is the best player in baseball and, while he might not win the MVP this year because of the Angels’ failings as a team, you’d be hard pressed to find a player any team covets more. He can run, hit for power and average, and play great defense. He’s the Willie Mays of our day, but unlike Mays, he hasn’t gotten the chance to shine in the World Series.

With a fWAR of 8.3, he nearly matches the rest of the entire offense in wins added (9.1 combined fWAR) and 5.8 of that came from Kole Calhoun and Andrelton Simmons, who each had great seasons. Simmons has been at least a little more than the pure glove player he’s always been billed as, although all his positive value did come defensively while Calhoun was the opposite, providing value with his bat.

On the mound, Matt Shoemaker had a 3.1 fWAR for his 3.88 ERA season in 160 innings, although his 9-13 record is more of a reflection of his team’s run scoring ability. Because there were so few even decent players on this team, all positive points were on an individual basis, rather than larger parts of the team.

What Went Wrong: The Angels won just 63 games, and if we take fWAR literally (which we probably shouldn’t), Trout, Calhoun, Simmons, and Shoemaker were responsible for 17.2 of those. This team is simply terrible, and they only look mediocre in things like runs scored (18th in baseball) because they are being held up by the greatest. The complete list of players who provided more than a replacement level offense with at least 100 plate appearances was: Trout, Calhoun, C.J. Cron, and Yunel Escobar (Cron and Escobar’s defensive performances were so bad that they provided little overall value). That Trout has found someone to knock him in 110 times (he did it himself 27 times) is a miracle unto itself.

Albert Pujols looked a little better than last season at times, but despite more home runs being hit than ever, the future Hall of Famer with 560 coming into the season has seen a drop in slugging percentage. He is already 36-years old and his skills are already in a steep decline (he’s a complete liability at first base now), but the Angels will have to deal with this albatross of a deal until he’s 2021 (after which they will have to pay him another $100M across ten years). It may have seemed a good deal at the time, but the $140 million owed to Pujols through 2021 is going to make it extremely hard for the Angels to fix the issues with the rest of the offense and pitching staff.

Most Surprising Player: The Angels’ second most valuable pitcher after Shoemaker was actually a reliever, Cam Bedrosian. While he will end the season on the DL after having surgery on a blood clot in his right arm, he held a 1.12 ERA for the season in 40.1 innings, striking out 55. He was almost always used in short situations in the middle innings, but faced a near equal amount of right-handers and left-handers and was extremely successful against both.

Pitching in just his third MLB season, Bedrosian’s previous best season was last year with a 5.40 ERA in 33.1 innings, so this season really came out of nowhere. He improved significantly in strikeout rate, walk rate, and through them, FIP. He threw like a completely different pitcher, and it is a shame that he fell victim to an odd injury that cost him the final month of the season.

Most Disappointing Player: An MVP is supposed to put the team on his shoulders and carry them to the playoffs, right? What’s wrong with Mike Trout? He should be worth 30 wins, not just eight.

Seriously though, how do you pick just one? Tim Lincecum got a mid-season flyer and made nine starts with a 9.16 ERA. You can’t expect much from Jered Weaver at this point in his career, but no contending team could afford to give 28 starts to an old man who throws the speed limit and has an ERA well north of 5.00. Financially, the most disappointing player is Pujols, who made $25 millionfor a 0.5 fWAR, but they were almost certainly looking for more from Daniel Nava than a .235/.309/.303 line. Excluding a handful of players, this entire team was it’s own most disappointing player.

The Future: In addition to the money owed to Pujols, the Angels still owe $28.4 million to Josh Hamilton and a (well-earned) Scrooge McDuck sized vault of money to Mike Trout through 2020. They’ve already proven you can’t win with one or two great players and a pile of misfits, but they’ve put themselves in a position financially where they will have to try to for quite awhile.

To make matters worse, their farm system is a wreck, ranked dead last preseason by every significant outlet. They have no prospects in the top 100 according to MLB.com, and each of their top eight (also ranked by MLB.com) are either below AA, coming off a terrible season, or currently injured. While hypothetical trades of Mike Trout have come up in the past, that might be the only way the Angels could actually become contenders again in the next five years. While his contract is expensive in total dollars, it’s actually cheap when comparing what he provides a team for that amount.

The Angels have a tough decision to make now: would they rather have the best player in baseball and watch him play for a losing team for the next four years, or move him now and try to turn things around much sooner than that. My guess is they opt for the former, which is great news for the Astros, Rangers, and Mariners, as they should continue to dominate their AL West rival.