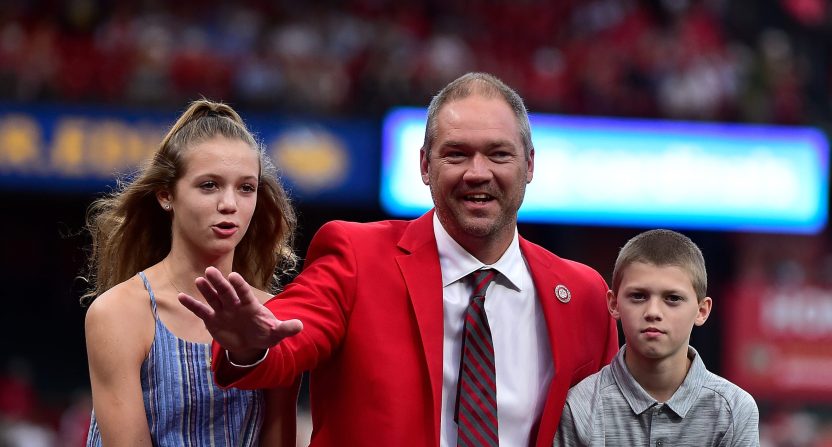 When the 2023 BBWAA Baseball Hall of Fame voting results were announced on Tuesday however, Rolen was in but Helton just missed the cut.

Rolan, who played mostly for the Philadelphia Phillies and St. Louis Cardinals, will now head to the Baseball Hall of Fame after narrowly reaching the mandatory 75% threshold at 76.3%. Meanwhile, Helton, who spent his entire career with the Colorado Rockies, fell short by 11 votes at 72.2%.

Rolen will be inducted into the Hall of Fame along with Contemporary Era electee Fred McGriff, who was voted in unanimously.

The good news for Helton is that he’ll likely make the cut next year. Some other players who will potentially join him next year include reliever Billy Wagner (68.1% of the vote), outfielder Andruw Jones (58.1%), and outfielder Gary Sheffield (55%).

The MLB world had some strong reactions to the news that Scott Rolen is now a Hall-of-Famer while Todd Helton just missed the cut.

Not that Scott Rolen isn't deserving of making the Hall of Fame, but I would've voted for Andruw Jones and Todd Helton over him.

Todd Helton missed out on Hall of Fame election by just a few votes (totals forthcoming). He jumped from 52 percent last year to 72.2 percent this year. Scott Rolen was elected alone with 76.2.

Helton will return to the ballot next year and, if history holds, should get in…

Nothing against Scott Rolen, but we’ve let an entire generation of good players in the Hall of Fame while keeping out the great ones. Todd Helton and his 369 home runs at Coors Field will get in next year.

This isn’t what the fans want, but we’ve lost this fight for good.

Scott Rolen, whose pristine glovework at third base set the modern standard for defensive brilliance and whose bat was a font of consistency across 17 seasons, has been elected to the National Baseball Hall of Fame by the BBWAA. He'll join Fred McGriff in the Class of 2023.

Every player who has ever been that close to 75% has eventually made the Baseball Hall of Fame.