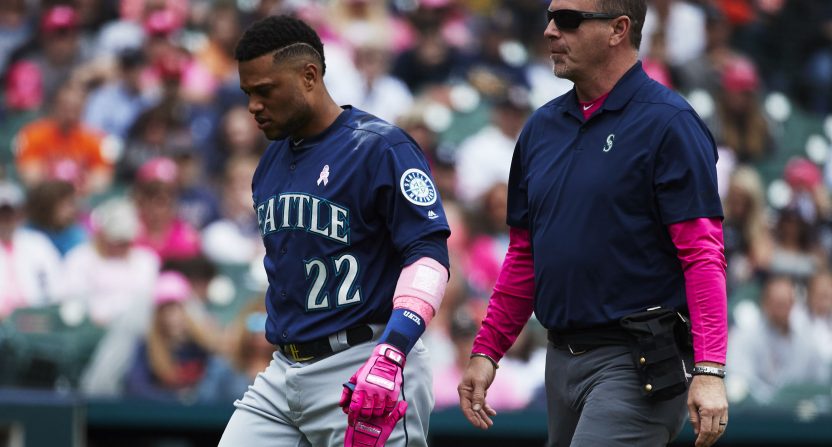 The Seattle Mariners currently own the longest playoff drought in baseball, having failed to make the postseason every year since their 116-win 2001 campaign ended in the ALCS. Each spring seems to offer real reason to hope the streak might end, and each fall brings the disappointment of a near (or not-so-near) miss.

This year’s Mariners are off to a strong start, with a 24-17 record that ranks fifth in the American League. They have had one of the league’s best offenses (fifth in baseball in OPS) and a pitching staff that has been good enough to get by. With James Paxton finally looking like an ace and Edwin Diaz emerging as one of the best relievers in baseball, there has been plenty of reason for optimism in Seattle. Over the season’s first six weeks, it had been easy to wonder whether this could be the year.

And then Robinson Cano broke his hand. And then MLB announced that he had been suspended 80 games after testing positive for a diuretic likely used to mask a performance-enhancing drug. Just like that, the Mariners are without their best player for the next 80 games, and their fans are left to wonder whether there’s some sort of curse haunting their favorite franchise.

And now the curse has struck again. Before this week, the Mariners were healthy, Jerry Dipoto’s flurry of trades had largely paid off (shoutout to Jean Segura, Ryon and Mitch Haniger) and a wild-card berth looked entirely attainable. All hope isn’t lost with Cano out, but his extended absence will be be a major blow.

Sometimes teams go 17 years without a playoff berth because they’re just inept. They fail to develop or sign useful players and regularly finish below .500. It’s not black magic, just bad baseball. But these Mariners are different. They consistently manage to fall just short, to have just enough go wrong that they watch October from home. It’s a special kind of torture for their fans, one that earthly causes can’t fully explained. With each bad break, it seems more and more plausible that the Mariners are just simply goddamn cursed.