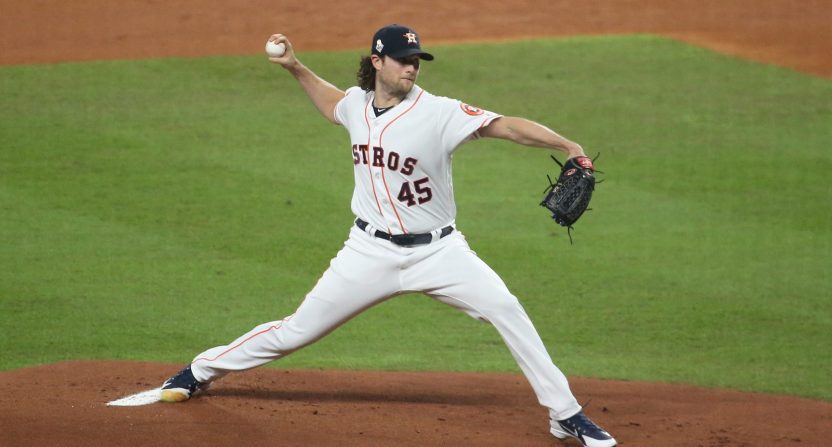 Reports in recent weeks have been that the New York Yankees wouldn’t let themselves be outbid for starting pitcher Gerrit Cole in free agency, and they proved that with a stunning record-breaking contract on Tuesday night.

The Yankees have reportedly signed Cole to a nine-year, $324 million contract ($36 million per).

Gerrit Cole has an opt-out clause after the fifth year of his deal with the New York Yankees, a source tells ESPN.

There are no deferrals in Cole’s contract, fully worth $324 million

It’s far and away the highest dollar amount in the history of pitching contracts, with Stephen Strasburg’s seven-year, $245 million deal with the Washington Nationals (agreed to on Monday) coming in second.

So, there’s obviously a ton of risk in a contract of this magnitude, and especially when talking starting pitchers. They only play once every five games, and they go down to serious injury more frequently. But Cole is a pretty good bet to be “worth” this contract, at least over the first half of it.

The right-hander just turned 29 in September, and is coming off his two best seasons after the Houston Astros acquired him from the Pittsburgh Pirates in January 2018. He was particularly brilliant in 2019, with a 2.50 ERA, 2.64 ERA, a 39.9 strikeout percentage (4.5% better than any other starting pitcher), a 34.0 strikeout-to-walk percentage (3.5 % better than any other starting pitcher, and a 7.4 WAR according to FanGraphs (No. 1 among pitchers). And he followed that up with a 1.72 ERA over five postseason starts. He was the best pitcher in baseball, and showed that he can dominate vs the best teams when it matters most.

Additionally, he had a career-best in velocity in 2019, averaging 97.2 mph on his fastball and 89.3 mph on his slider according to FanGraphs. And he has the ideal type of pitcher body at 6’4″, 225 pounds that should help him stay durable. Cole’s trends suggest that he’s nowhere near a decline.

And getting him away from the Astros — the only AL team that had more wins than the Yankees in 2019 — is another big bonus for the Yankees.

The Yankees were already a juggernaut, and now they’ve added arguably the game’s best pitcher. A terrifying thought for the rest of the league.