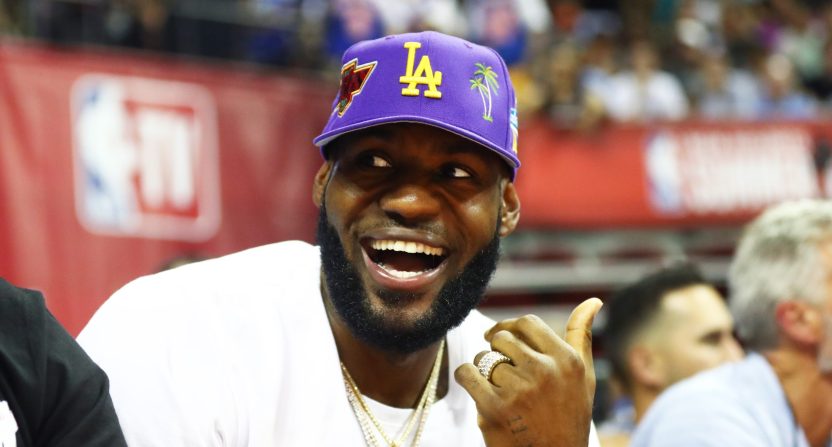 If his most recent report turns out to be untrue, Bill Simmons may be revealed as an irrational confidence guy who delivered a real stomach punch loss to his listeners.

The Ringer founder was discussing the NBA on the latest episode of The Bill Simmons Podcast when he dropped a bit of “intel” about league expansion and how LeBron James may play a role in it.

.@ringer founder @BillSimmons says he has "intel" that the NBA will expand to Las Vegas, and that LeBron James "is definitely going to be involved" in the ownership group. https://t.co/K4bDk1rSwe pic.twitter.com/ivSM9fPoPe

The most obvious connection here is that Simmons is naturally going to have connections with Fenway Sports Group, which also owns the Boston Red Sox. This is where LeBron comes in as well as James is a partner in FSG. So if they owned an NBA team, that would mean LeBron would be one of the team owners, though Simmons doesn’t spell that out for listeners.

“If I had to bet on a LeBron scenario, it would be for him to be involved with whatever happens with that,” said Simmons. “Where he is the point man in that Vegas team. And I haven’t heard that mentioned. I don’t care if it gets aggregated because I think I’m right. I think that is scenario A for LeBron. He wants to be an owner. I think he wants to run one of these teams.”

It’s not exactly shocking to hear that the league may prefer to expand to Seattle, where it found previously success, and Las Vegas, the trendiest U.S. city for expansion these days. There’s also always the possibility that the league will wait for a team to consider moving from its current location to one of these places as well, which would mean they don’t need to expand and can keep the revenue sharing at equal levels.

The more interesting idea is how James would fit into all of this. Per NBA rules, no player may acquire or hold a direct or indirect interest in the ownership of any NBA team. So if this scenario were to happen, James would have to be retired. Clearly, James still wants to play for a few more years or at least until his son gets into the NBA. So that could throw a wrench into these plans if he’s still a partner with FSG.