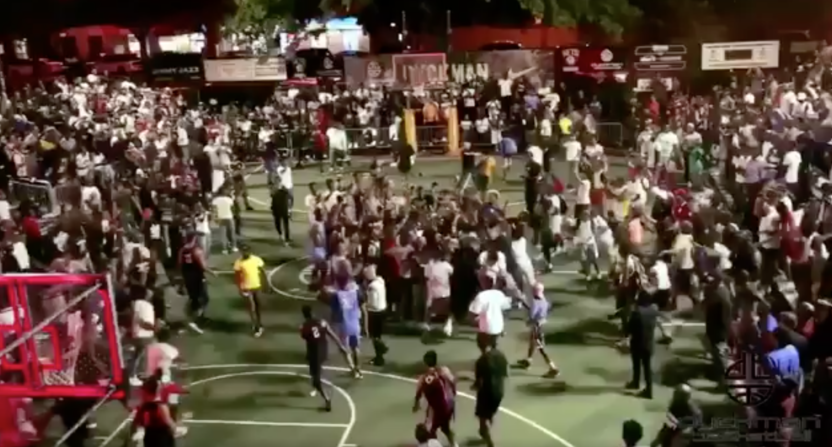 Many NBA stars have come through New York City’s Dyckman Park, and newly-acquired Nets guard D’Angelo Russell got his first taste of the famed streetball venue on Wednesday night. And he introduced himself with style.

In overtime of a playoff game, Russell drained a game cold-blooded three at the buzzer to give his team an 80-77 win.

Here’s one more angle from up above:

This is how you introduce yourself to NEW YORK CITY. Game-winning three in Overtime of a Playoff game. @Dloading did that! #IceWater pic.twitter.com/K7SYO09lyE

That mob closing in behind him as he loaded up for the shot is sick. Russell joined a squad with NBA teammates Rondae Hollis-Jefferson and Isaiah Whitehead, so even in a playoff streetball environment they probably shouldn’t have needed overtime and a buzzer-beater to survive. But cool nonetheless!

Russell has his haters, including Magic Johnson, but his fresh start with the Nets appears to be going well. Much better than his endeavor into beach volleyball with Timberwolves star Karl-Anthony Towns.