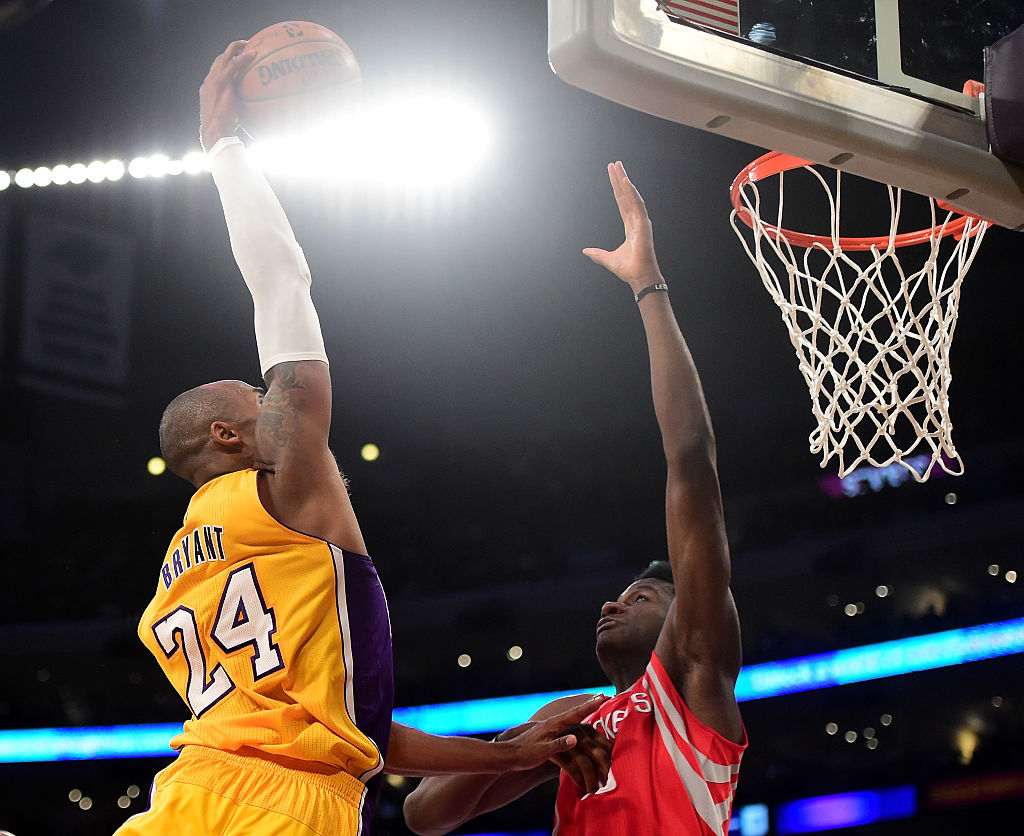 That Kobe Bryant dunk that got everyone so excited Thursday might have had some side effects.

Bryant missed Saturday’s game against the Thunder with a sore shoulder, and coach Byron Scott could not rule out the possibility that the injury was related to the slam.

“Anybody that saw the dunk [and] a couple days later, it’s a little sore, you would put those two together,” Scott said. “I want to wait and see what the doctor says after he has a look at it, and then we’ll just go from there.”

Bryant originally injured the shoulder in January, when he suffered a torn rotator cuff following a dunk. That injury cost him the rest of the season. The Lakers hope this re-aggravation is not as serious because that would be a bummer of an end to the farewell tour.

Kobe had pulled his game together a little in the last week, scoring at least 22 points in three straight games on better than 50% shooting. He’s averaging 16.7 points per game on the season.

Does this look like a shoulder-injuring dunk? Well, maybe for a 37-year-old.

As for whether the Lakers are better without Kobe… They were trailing by more than 30 late in the third quarter Saturday, so maybe not.

Los Angeles next plays Tuesday at Denver, and there’s no indication of whether Bryant will suit up.