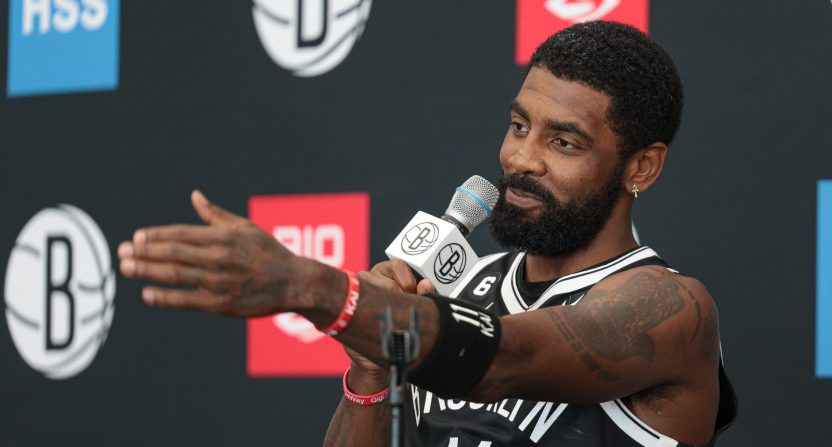 Kyrie Irving said Saturday he’s “had a lot of time to think” during his suspension and that prompted him to offer another apology for his recent behavior.

The Brooklyn Nets guard is expected to return from his suspension Sunday night against the Memphis Grizzlies. The Nets suspended Irving Nov. 3 for a minimum of five games after he promoted an antisemitic film on his social media, acted inappropriately at a media conference, and then did not apologize (until after the suspension).

Irving will have missed eight games during his suspension. He told SNY TV Saturday it gave him time to think.

“I really want to focus on the hurt that I caused or the impact that I made within the Jewish community. Putting some type of threat, or assumed threat, on the Jewish community,” Irving said. “I just want to apologize deeply for all my actions throughout the time that it’s been since the post was first put up.

“I’ve had a lot of time to think. But my focus, initially, if I could do it over, would be to heal and repair a lot of my close relationships with my Jewish relatives, brothers and sisters.”

“I just want to apologize deeply for all my actions”

The Nets specified six steps Irving had to take before being reinstated: Offering an apology, donating $500,000 to anti-hate causes, taking sensitivity and antisemitic training, and meeting with Nets owner Joe Tsai and others to talk about his experience.